Central Expressway to have hybrid lane to ease congestion

The council of governments, local entities and the federal government agreed to take the existing underused HOV lane on Highway 75 between 635 and the city of Allen and turn it into an HOV/Toll/ General Purpose lane. 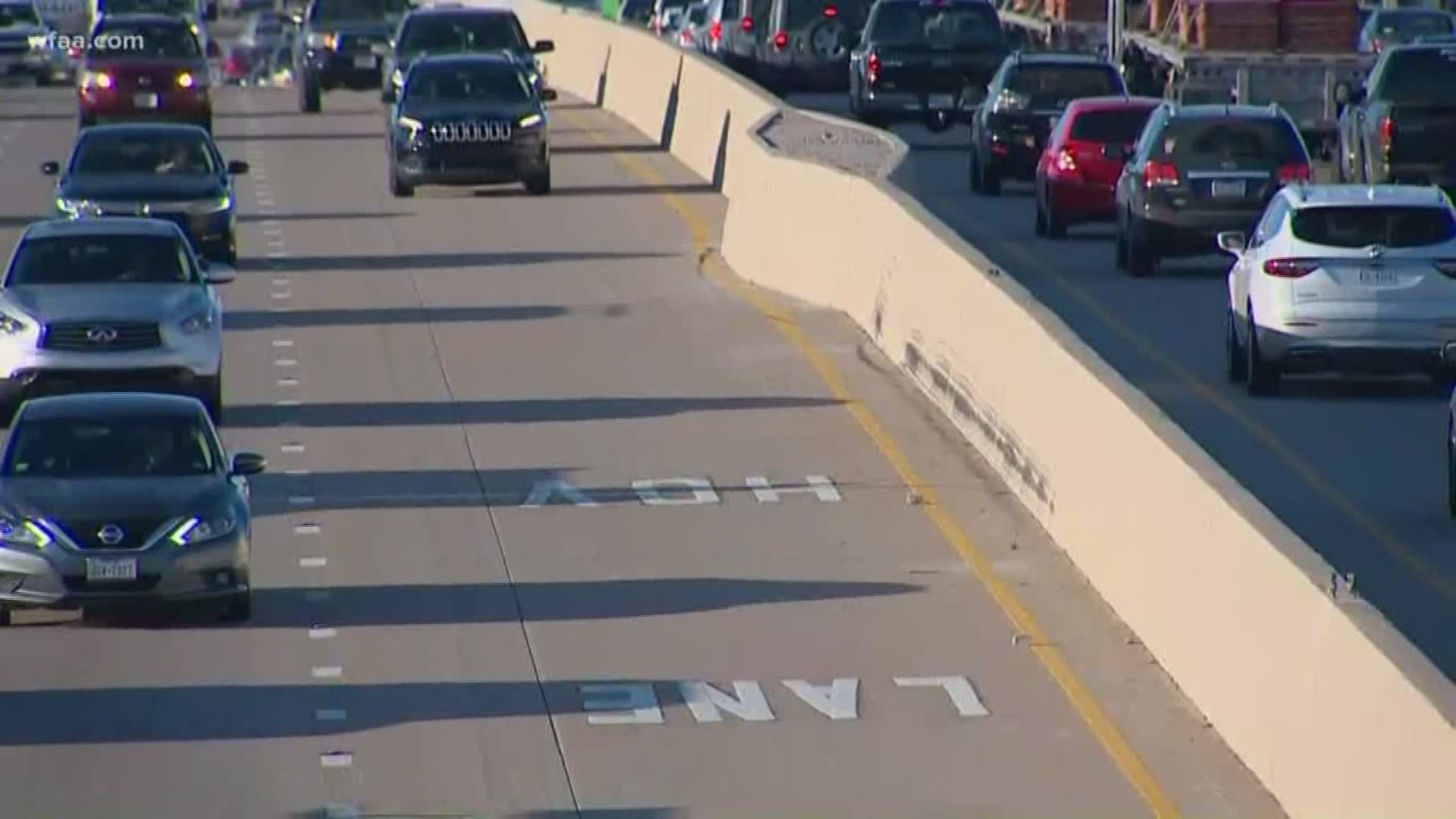 COLLIN COUNTY, Texas — Being stuck on Central Expressway is almost like a rite of passage for a North Texan. If you think about it, U.S. Highway 75 does serve more than 200,000 cars a day.

But there may be a short-term fix to ease some of the congestion we're all used to.

"That's a lot of traffic. That's a lot of cars. It should provide some relief," said Duncan Webb of the Collin County Commissioners Court. He is also part of the Regional Transportation Council.

Webb says it took four long months to strike a deal with the federal government on the highly underused HOV lanes on Highway 75 between I-635 and the city of Allen.

"I think this is a win-win for the communities up here in Collin County," Webb said.

Highway 75 is a ten-lane monstrosity that cuts through Dallas and Collin counties. The agreement would allow for a lane in each direction to be a general purpose lane the majority of the time. Those would be HOV/Toll lanes for two peak hours in the morning going south and two peak hours in the evening going north between Monday through Friday.

Opening up one lane essentially means opening up 20 percent more capacity on that 8-mile stretch of highway.

"My precinct is mounted on three sides of the toll road. My constituents are very sensitive to tolls," Webb said.

Webb said the project is fully funded and should be completed by the end of this year.

The council of governments sent WFAA the following news release detailing the project:

“Collin County is one of the fastest-growing counties in the country, which creates transportation challenges,” said Webb. “The RTC and our transportation partners have developed a solution that will improve the use, capacity, and reliability of one of the county’s most important transportation corridors. It was critical to our residents that any agreement minimize any required tolling on the lanes while we will continue working with our local congressional delegation to change the law and eliminate the toll. All partners are eager to identify the elements of the permanent solution on US 75. The goal of this project is to increase the capacity of US 75 in order to make the fast-growing corridor more efficient for commuters, residents and businesses in the area,” said Allen Mayor Steve Terrell. “Collin County continues to experience substantial growth, and it is important that we address transportation needs along this corridor while doing so in a way that is fair to motorists. Lanes that remain toll-free most of the time was a fair and equitable way to improve reliability.”

“Our efforts to address the underutilized High Occupancy Vehicle (HOV) lanes along US 75 is a perfect example of how we collaborate on a local, county and state level to improve mobility for our citizens,” said Plano Mayor Harry LaRosiliere.

“While it is unfortunate that archaic federal law prohibits this vital stretch of US Highway 75 in Collin County from being opened to completely free traffic, the current plan is the best possible option for our commuters, taxpayers and residents at this time,” said State Representative Jeff Leach. “I appreciate the opportunity to work with Commissioner Duncan Webb on this important issue and I look forward to continuing to advocate with him and our other local, state and federal authorities to ensure efficient and effective transit options for the people we are elected to serve.”