“We have momentum. What I need to do I need to capitalize on that momentum," Castro told WFAA. 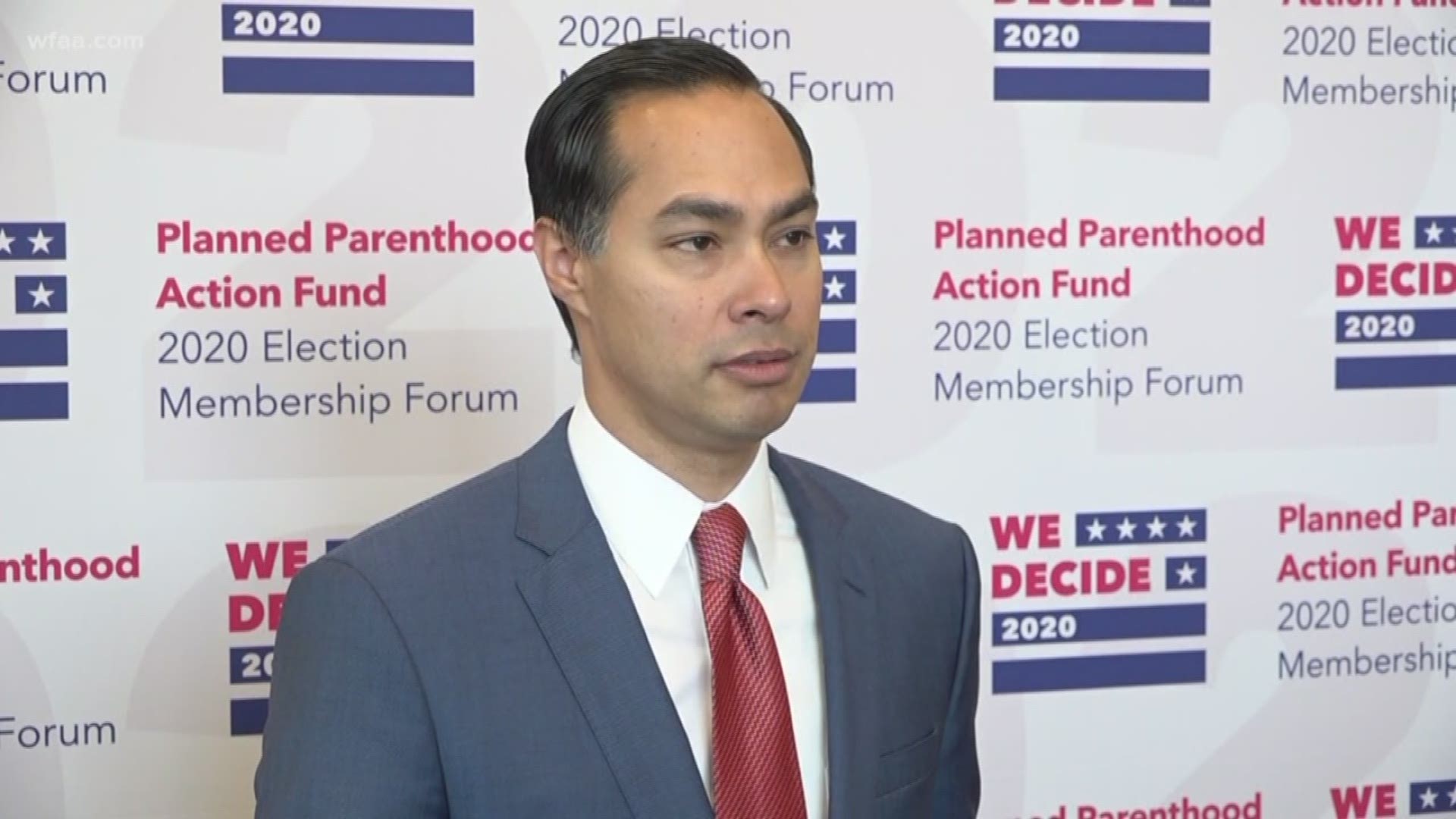 DALLAS — Julian Castro came to Collin County on a political high Monday afternoon with a standing room only crowd of more than 400 supporters along with network news crews now following him.

“What I did the other night, I clawed my way into this race. I earned that attention,” Castro told WFAA. “We have momentum. What I need to do I need to capitalize on that momentum.”

In Miami last Wednesday, Castro had the breakout moment his campaign so badly needed as he tangled with fellow Texan and presidential candidate Beto O’Rourke and others over immigration policy.

After the forum, sponsored by the Frisco Democratic Club, WFAA asked Castro whether he has spoken to O’Rourke since then.

“We haven’t spoken since except just in passing during the break,” Castro said. “He and I have always gotten along. The disagreement we had last Wednesday was not about personality, it was really about policy.”

But Castro’s moment in Miami revealed something else; an edgier side of the former San Antonio Mayor and U.S. Housing Secretary that some people did not know existed.

“I think for a long time that people have assumed that just because my brother [U.S. Congressman] Joaquin [Castro] and I are respectful and polite to people as folks should be that that means I can’t get in there and fight when I need to and stand up for what I believe,” he explained.

Castro confirmed 16,000 new donors contributed to his campaign after the debate.

It is an injection of money and momentum that will help him qualify for the next debate and remain relevant in the race.