Some athletes on Carter's swim team say they didn't know how to swim until joining Carter's program. 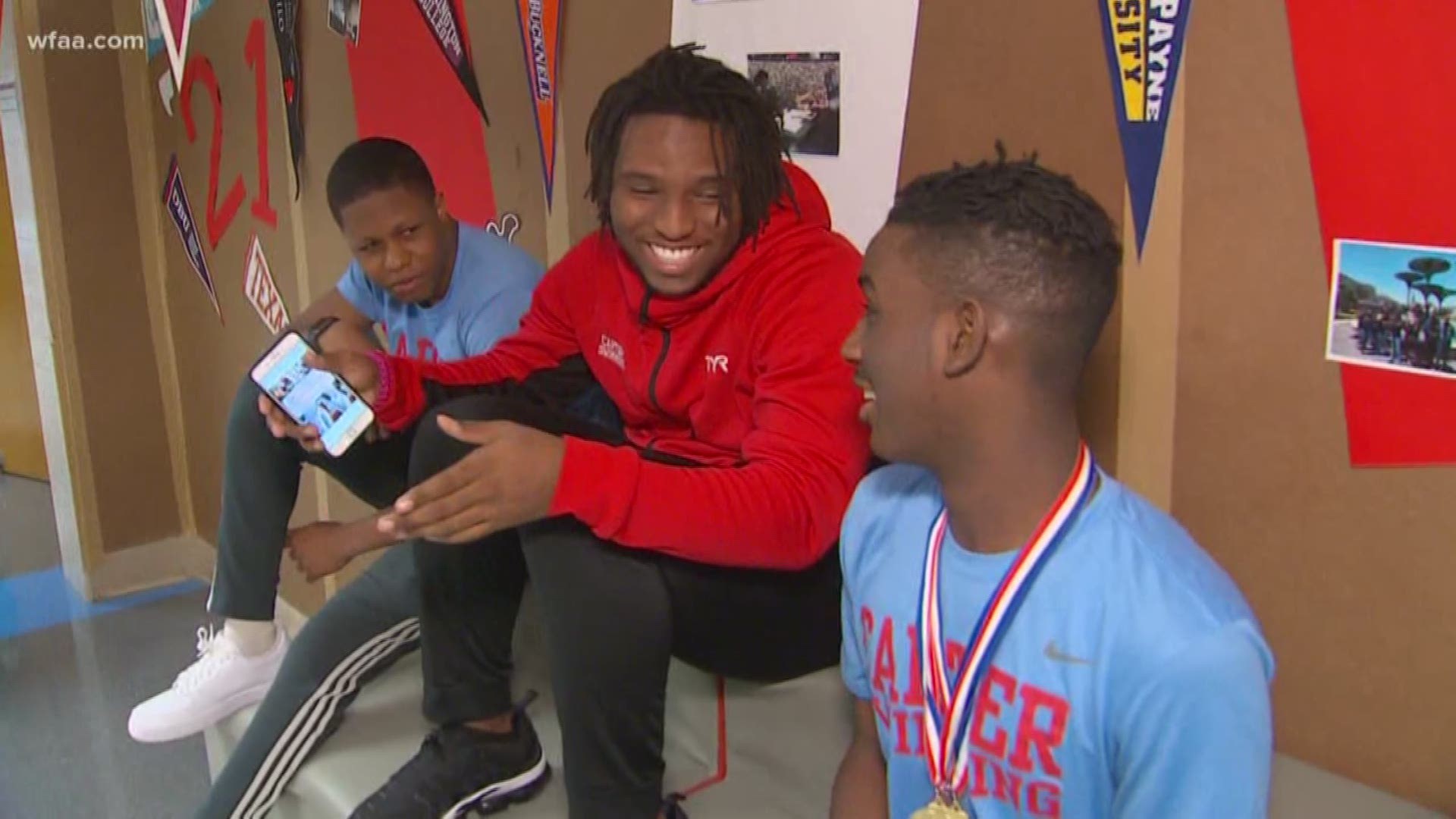 DALLAS — The Carter High School boys swim team is beaming with pride. The team became the 15-5A District Champions during a meet last week. Now the athletes are preparing for UIL Regionals.

Talk about proving anything is possible, and some folks may tell you to look to the Carter High School boys swim team as a shining new example of the possibilities of success.

”it’s just a brotherhood,” senior swim team member Cedric Hayes said. “You know, everybody committed to something. We all just came together and decided to commit to this.”

The high school swim team has only been around four years. The athletes said the never expected to swim their way into a District championship.

“To me it feels like an achievement," Jahsir Williams said. "An achievement that I’ve been working hard for, and to finally have it, it just shows me I can do better and get more.”

The team says it knows about dedication, hard work, and determination. The young men have been swimming through unique challenges just to achieve victory. Several of the athletes were introduced to swimming through the Carter program. Most of the students live in a community where a lot of children do not know how to swim, and where pools are not easily accessible.

The Carter High School swim teams practice a few miles away from campus, at Dallas ISD’s Lisbon Pool. The team members often compete against students who do not always look like them, and swim meets are often in schools that have more resources.

"We try to overlook all of that," Haye said. "You know, we are just athletes. That’s all.”

As the swim team prepared for its UIL regional swim meet this week, the teens credited their coach, James Spencer, for motivating them to do their best and beat the odds.

The UIL Regional swim competition will be held Friday in Lewisville.