Chris Collier was a friend of David Sherrard. Today, Collier is honoring Sherrard by running 100 miles in his honor. 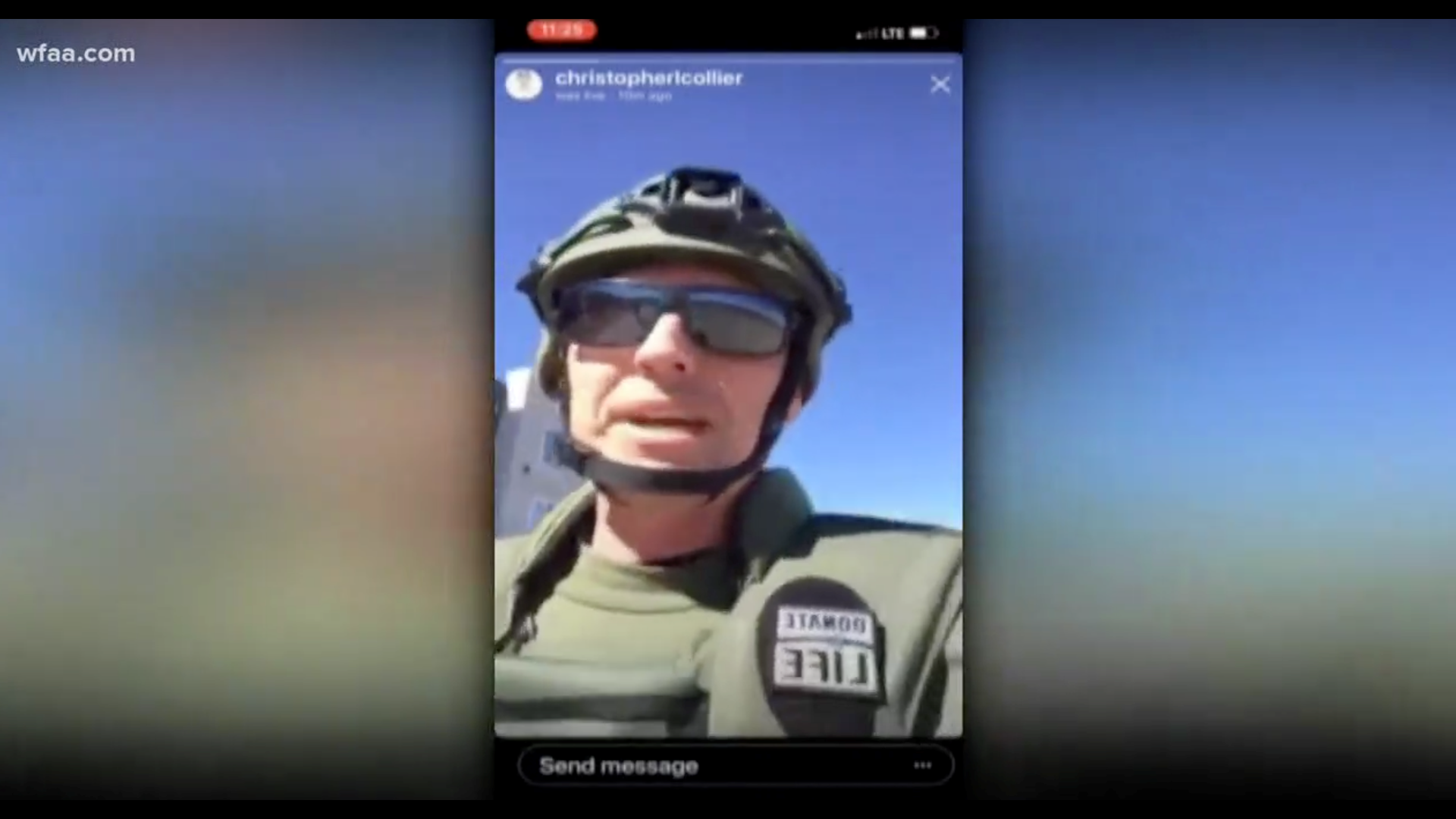 HENDERSON, Nev. — David Sherrard, a 13-year veteran of the Richardson Police Department, became the first Richardson police officer in the department's 63-year history to be gunned down in the line of duty when he was fatally shot at the Breckinridge Point Apartments last year.

Now, another police officer is honoring Sherrard's memory — all the way in Nevada.

Chris Collier, a Carlsbad, Calif. police officer, was a friend of Sherrard's. The two knew each other for nearly 10 years, he wrote on GoFundMe, and they shared a passion for pranking and going to the gym. They were both SWAT snipers, and Sherrard was "funny, passionate about his relationship with his wife and daughters...a great teammate and an even better friend," Collier wrote.

The reason Collier was posting on GoFundMe was to raise money for Sherrard's family. But this was no regular fundraiser. Collier signed up for the Jackpot Ultra Running Festival this weekend at Cornerstone Park in Henderson, Nev. — a 100-mile race.

And if 100 miles isn't enough, Collier decided to do the whole race in his SWAT gear. The pack weighs in at nearly 21 pounds.

"My hope is to raise money for Dave's family, to raise awareness about who Dave was as a friend, father, husband and police officer, to show his family that his life impacted more people than they might realize and also a way for me to honor my friend," Collier wrote on GoFundMe.

Collier updated his followers on Instagram with his progress throughout the day Saturday.

He started the race nearly 13 hours ago.

Collier continued to update his progress via a public Instagram story, a format that allows users to post photos, videos and live videos that will stay on the site for 24 hours before they are deleted.

At the 37.5 mile mark, Collier said on his Instagram story, "It's getting tough. It's only gonna get tougher."

He said his brother was also participating in the race, running his first 100-mile race, and that his mom was also out there, running a marathon.

"She's always wanted to do a marathon, and, I don't know, she just got inspired," Collier said.

He said he also had some cousins and uncles participating in the race as well.

"It's all super inspiring."

As of this writing, Collier has not posted that he has finished the race yet, but he is determined to finish.