The Hospital, along with the Camp John Marc campgrounds, raise funds to allow campers to attend, free of charge. 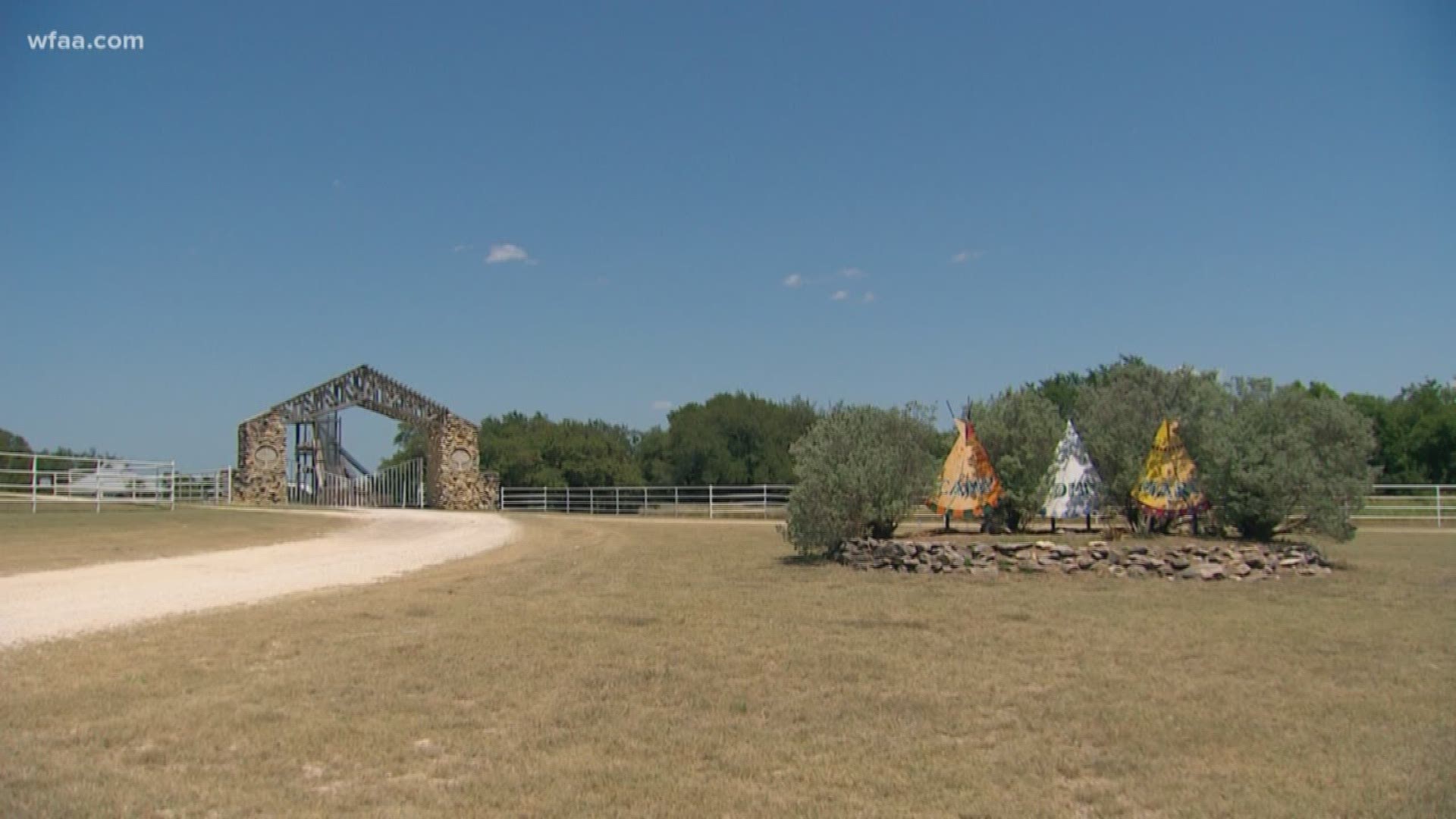 MERIDIAN, Texas —Not many summer camps exist exclusively for children who have survived burn injuries. One might assume such a place is full kids with severe scars, mulling around with their heads hanging low -- a place centered on commiserating over feelings of isolation.

The atmosphere at Camp I-Thonka-Chi could not be further from this. “It's a place to come and just free your mind,” said Alexandra Green, preparing to climb a rock wall. “We kind of just forget about the fact that we are burned.”

The 16-year-old sustained a burn injury before the age of five that left more than 50 percent of her body covered in scars.

“I would wear long sleeves. I would even wear gloves sometimes to cover up my hands and full pants and everything so you couldn't see them,” she explained. Green resorted to this style of dress year-round after feeling ostracized by her classmates as a young girl.

“It was like torture - but coming here at Camp John Marc, now I'm in shorts and a tank-top,” she said, laughing.

Green is a 10-year veteran of the summer camp, sponsored by Parkland Health Hospital. The Hospital, along with the Camp John Marc campgrounds, raise funds to allow campers to attend, free of charge.

“When I'm here, I feel the same as everybody else at camp,” said 11-year-old Avery Mathis, attending camp for her fifth consecutive summer. While sitting poolside, she explained how this camp is a welcome reprieve from the harsh stares she receives back home.

“At the store, nobody thinks I’m like anybody else. So when I’m here, I feel the same as everybody else at camp ‘cause we’re all the same.” [Text Wrapping Break]

“It’s from the Choctaw Indian language,” explained co-founder Donna Crump. “It stands for ‘A place that makes one strong or fearless. Not afraid to face life.”

Rather than discussing the nature of their burns, provides a safe haven where campers enjoy normal, everyday activities with peers who have had a similar experience. Now in its 27th year, I-Thonka-Chi welcomes some 200 kids participate the program, which seeks to empower burn survivors ages 6-18. “It’s amazing how when you step through those front gates, even for us counselors, it does feel like you're coming home,” Crump said.

Many counselors come full circle to volunteer their time at Camp I-Thonka-Chi after having attended as a child.

“The influence of this camp and just being around the other burn kids pretty much directed me in coming to Parkland — to work at Parkland in the E.R.” said Justin Everett. Now a counselors, Everett first attended I-Thonka-Chi as an 8-year old camper. He describes the transformation children undergo that he himself says he experienced.

“From the first day, you can see it within the first hour they are here,” Everett said. “It’s a place for us to open up and really get to be ourselves.”

Several counselors explain how fulfilling their work is at the camp. They joke they get more out of it that the kids do.

“The kids are superheroes to all of us,” said Debbie carpenter. The Carrollton firefighter has volunteered 18 summers at I-Thonka-Chi.

“I can look at some of these kids who have been here, who have probably had more surgeries that any of us would ever imagine anyone could possibly go through, and they’ve done it with smiles on their faces an they’re still joyful kids.”

This year, Camp I-Thonka-Chi welcomed it first international camper from New Zealand. “I feel like my life has been so much better being burn survivor, in all honesty,” said Brayden Warnock-Hannon. He is an teen ambassador representing a burn camp from his home country, which is collaborating with I-Thonka-Chi in hopes of establishing a regular student exchange.

“I’ve met so many amazing people that I probably would never have met.”