Last Wednesday, someone broke into the Bagrodia's home and stole their stillborn daughter’s memory box. The Bagrodias' daughter died in 2018. 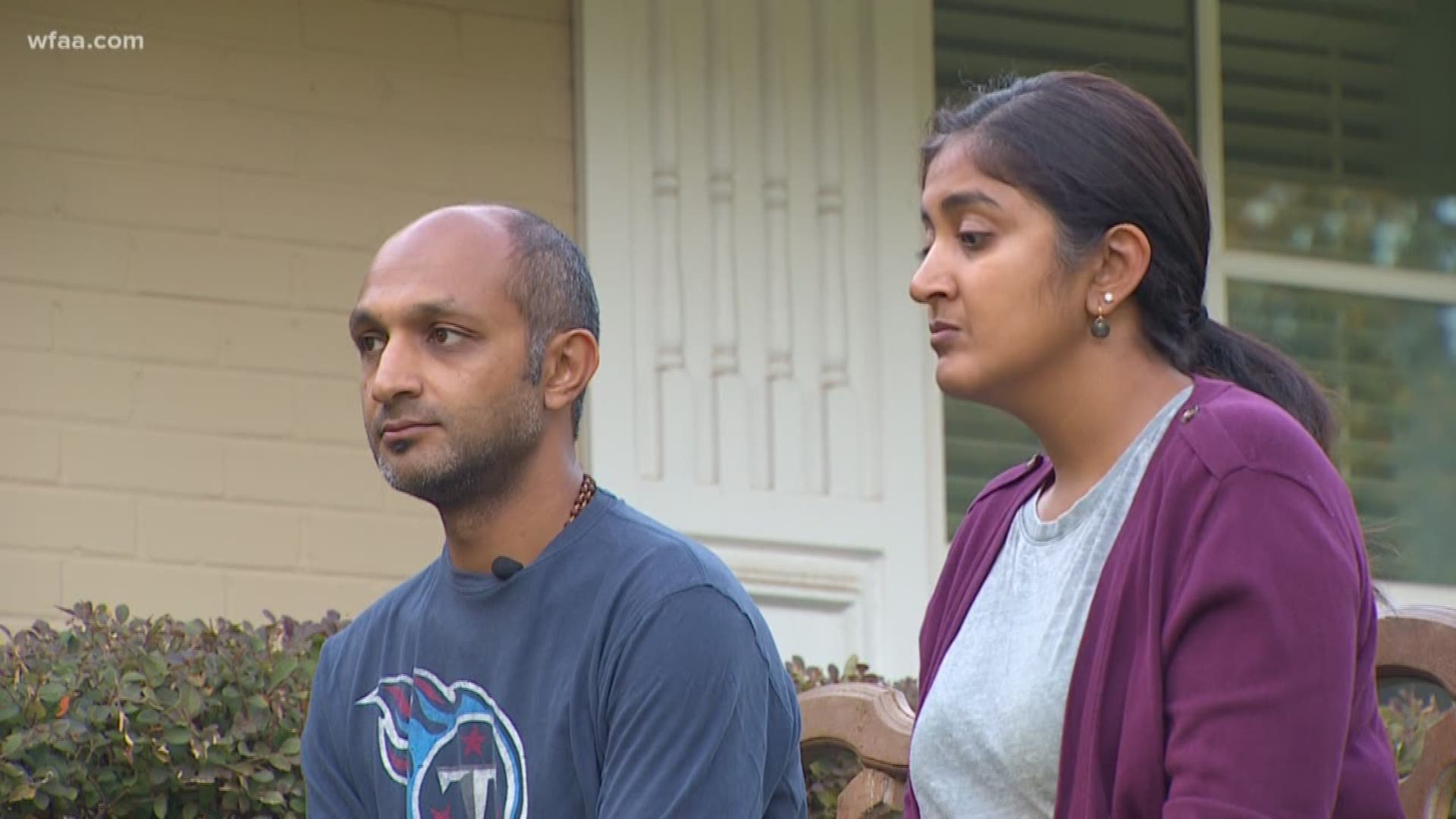 DALLAS — A North Dallas family is hoping someone finds a very personal item after their home was burglarized last week.

Last Wednesday, someone broke into their home and stole their stillborn daughter’s memory box.

"I have two pictures of my daughter that are in there, and then I have the ultrasounds, and then I have her footprints, and her lock of hair, and that’s all I have of her in this world," Mona Bagrodia said.

"To have everything of hers taken from us. I know that she will always be with us. But I don’t understand how anyone could willfully do that."

It’s a story that goes back to May 2018 when Mona was pregnant with their third child, who was their first daughter.

“It was all very, very horrific and traumatic,” Mona said. “I got very sick and was in the hospital for a week.”

“She was 34 weeks, typically by that point, you kind of feel like you’re home free, you made it through the first trimester,” Mona’s husband Aditya Bagrodia said. “Then the baby got sick, Mona got sick. And then the baby, ultimately, was born not alive.”

After 18 months of grieving, their pain worsened this past week. The break-in happened while they were away at a work event Aditya had.

The thief stole a purse, cash, a passport and the memory box.

“The box had items that are literally irreplaceable,” Aditya said. “We just really want our box back, and it’s important for us to have those memories of our daughter.”

“What I can’t understand is why somebody would do this to somebody else. Why they would take something and purposefully hurt somebody else?” Mona said. “I can’t comprehend that.”

The Bagrodias are offering a $1,000 reward for the return of the memory box.

"It was like a white box with the lids that cover like this, and they tie with a ribbon," Mona said.

“That box has no monetary value,” Mona said. “I don’t care about any of the other things that they took, I really just want that box back.”