Jacob Holbrook was transported to a hospital in Salt Lake City after an e-scooter crash fractured and shattered part of his jaw. 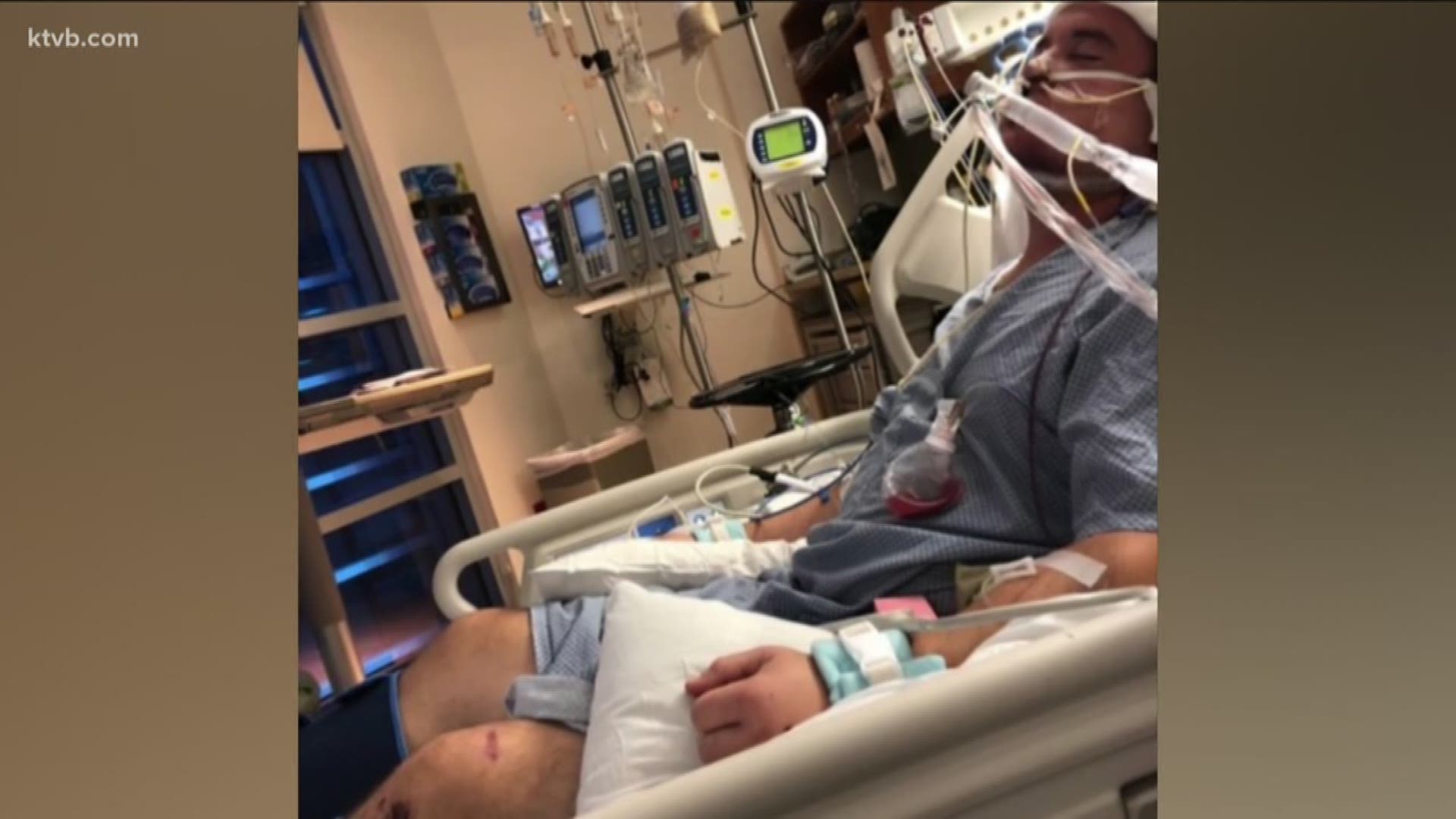 BOISE, Idaho — A 28-year-old man has finally left a Salt Lake City hospital, days after an e-scooter crash fractured his jaw. Now, he hopes his story can raise awareness of the risks involved with riding e-scooters.

Last Sunday, Jacob Holbrook was riding an e-scooter through downtown Boise when he had a close call with an oncoming car.

When Holbrook tried to avoid the car, he crashed into a curb that sent him flying off the e-scooter, Megan Davis, who is Holbrook's girlfriend, said.

Holbrook was transported to a hospital in Salt Lake City for facial reconstruction surgery.

"He has fractures on both sides of his jaw and the one side of his jaw was basically shattered in pieces and so our main concern was really putting that back together because it wasn't a clean break," Davis said.

His jaw wasn't the only thing that was injured in the e-scooter crash.

"He has some fractured teeth as well, but thank goodness by some sort of miracle it was just his jaw, nothing in his head was hurt," she said.

For the next six weeks, Holbrook will be placed on a liquid diet as his jaw heals. He will have to travel back and forth between Boise and Salt Lake City for the next five weeks for his follow up appointments and treatments.

"It's hard because Jacob likes to work and be active so I think that's probably going to be the hardest thing," Davis said.

RELATED: 2 people riding e-scooters injured after falling into a hole by Freak Alley in downtown Boise

The young couple also just moved to Boise two months ago, making the road to recovery even more difficult.

Now, they have a message for anyone riding e-scooters.

"They're up and coming in the city and people think it's such a fun thing to ride and they are, but one little thing can go wrong," she said. "I think wearing a helmet is really the biggest thing. We're very lucky, very lucky."

A GoFundMe has been set up for Jacob.

RELATED: E-scooters make a return to the streets of Meridian