Benbrook Lake, others near flood stage with more rain on the way 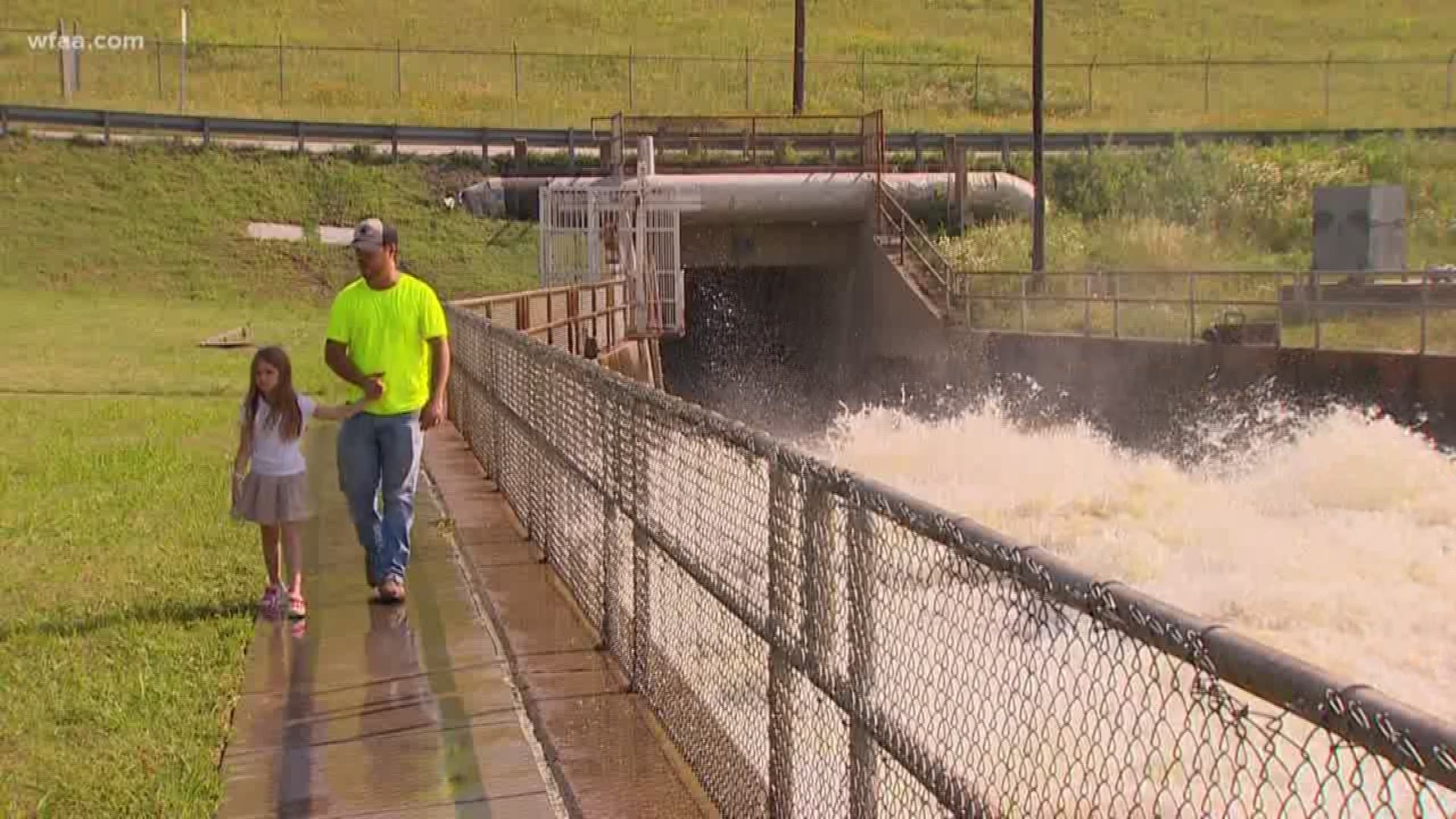 BENBROOK, Texas — It looked like an Olympic-caliber white water rafting course on Friday. And it drew a crowd.

People who live near Benbrook Lake, like Terry Carter, stopped to catch a glimpse of a rare sight - the water draining out of the lake into the Clear Fork of the Trinity River flowing at a fast and furious rate.

“It’s incredible,” Carter said. “I’ve been here most of my life and I’ve only seen it do this a handful of times.”

“It’s normally a couple feet deep and still,” he said as waves of spray flowed up onto the sidewalk.

“Watch out! Here it comes!” Carter said. “Well, my feet just got soaked.”

Waves of heavy rain for several weeks this spring caused Benbrook Lake to swell to within inches of its spillway, according to the U.S. Army Corps of Engineers, which built the lake to help with flood control efforts.

“During times of flood, we fill them up to capacity,” said Randy Cephus, deputy chief of public affairs with the Corps of Engineers.

“We hold the water until downstream conditions present that we can release the water. And then we prepare for the next flood event.”

As has seemed to be the case most of the last few weeks, the next flood event is likely only hours away.

Because another round of storms is in Saturday’s forecast, and again on Monday or Tuesday, the corps needs to make room in its lakes for more rain.

The Corps closed Lakeside Drive, the roadway that crosses the Benbrook Lake spillway, Friday night in anticipation of weekend flooding. Many campsites and picnic locations are already underwater.

The Corps said thousands of camping reservations are being canceled at lakes across the state.

“It’s mother nature at its best," Carter said. "Or maybe its worst.”