A baby born prematurely inside the Ellis County Jail has died after the family says the infant was taken off life support Saturday. 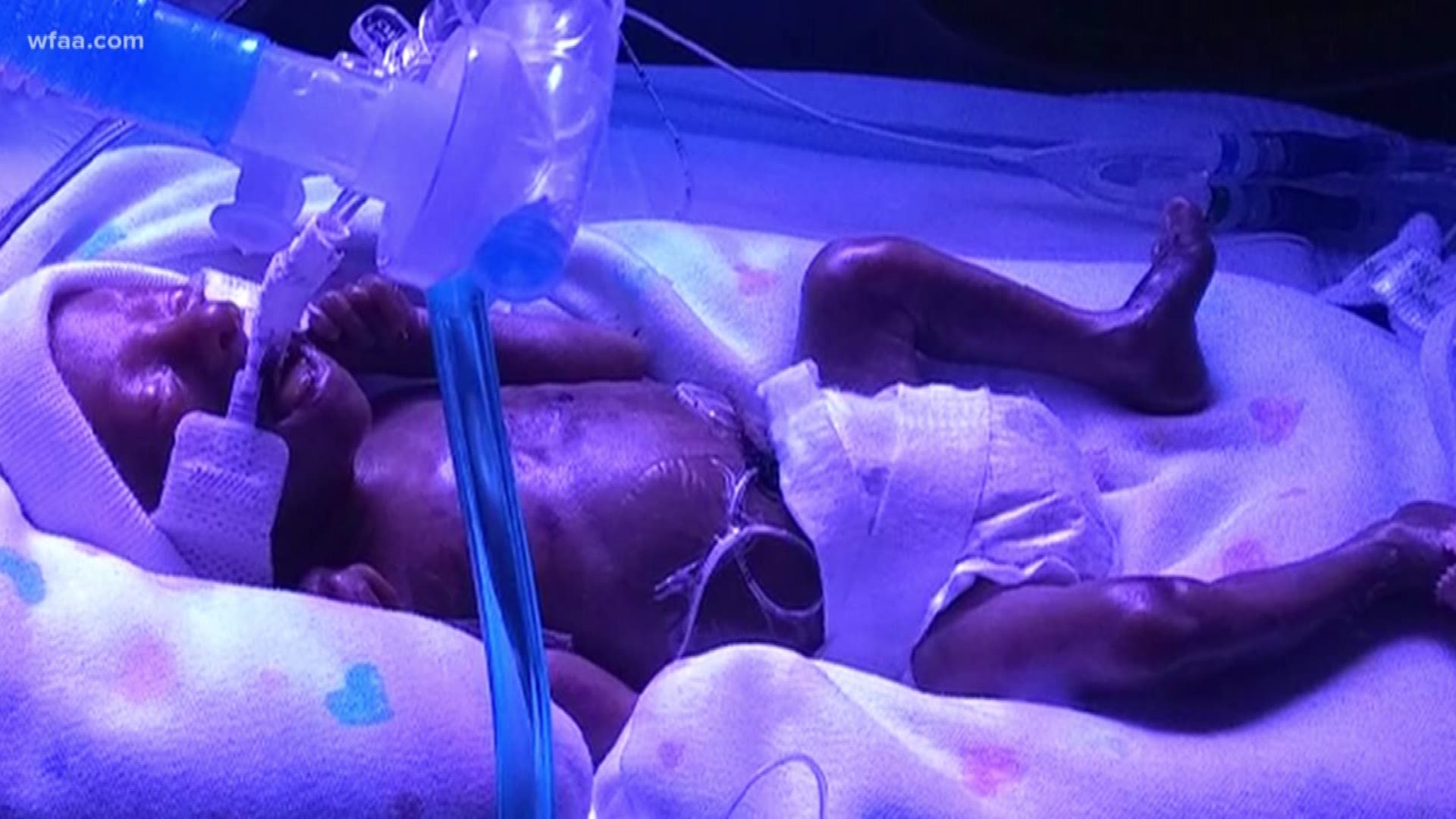 WAXAHACHIE—A baby born prematurely inside the Ellis County Jail has died after the family says the infant was taken off life support Saturday.

On May 17, Shaye Bear gave birth alone 5-months pregnant while locked up on a drug charge inside the Ellis County Jail.

Bear, a self-admitted meth addict, was arrested on a possession charge in March.

The baby, named Cashh, weighed just over a pound. Bear says that she writhed in pain for hours in a single cell while detention officers ignored her cries for help.

"I was laughed at, made fun of, berated, dehumanized," Bear says. "I was treated like an animal.”

According to Bear, she saw a doctor earlier in the day but started going into labor in the evening.

She says she delivered the baby herself when no one would help.

“I had a contraction, and the baby came flying out of me and landed on a mat,” Bear said when WFAA interviewed her behind bars just days before she was released on bond.

After Cashh was born, he was flown to Cook’s Children Medical Center.

On Sunday, Bear told WFAA that Cashh had been taken off life support Saturday.

She says that her son’s brain was bleeding and that his lungs were too weak for him to breathe on his own.

Bear said her son was baptized before he was taken off life support and died in her arms.

She also added that doctors told her family that the way he was born played a contributing factor in his death.

“My child is deceased, due to the lack of medical care and attention that’s supposed to be given by these detention officers,” Bear said.

The Texas Rangers are investigating the circumstances surrounding Cashh's birth and are trying to determine if anyone should be held accountable.

Ellis County Sheriff Charles Edge declined to comment Sunday. After the birth, he defended the medical treatment that Bear received during her stay in jail.

In the meantime, Bear said she has retained a lawyer for this incident and adds that a lawsuit might be the next chapter of this story.

She says her son may have lived if he was born in a hospital instead of a jail cell.

“I will be holding them accountable for my child’s death,” Bear said.

This isn’t the first time Bear has given birth in custody. Twenty-one months ago, Bear was an inmate in the Dallas County jail when she gave birth to her second son at Parkland Hospital. She also has an 8-year-old son.