Amy Witherite doesn't raise a penny for her efforts. She takes the money out of her own pocket. 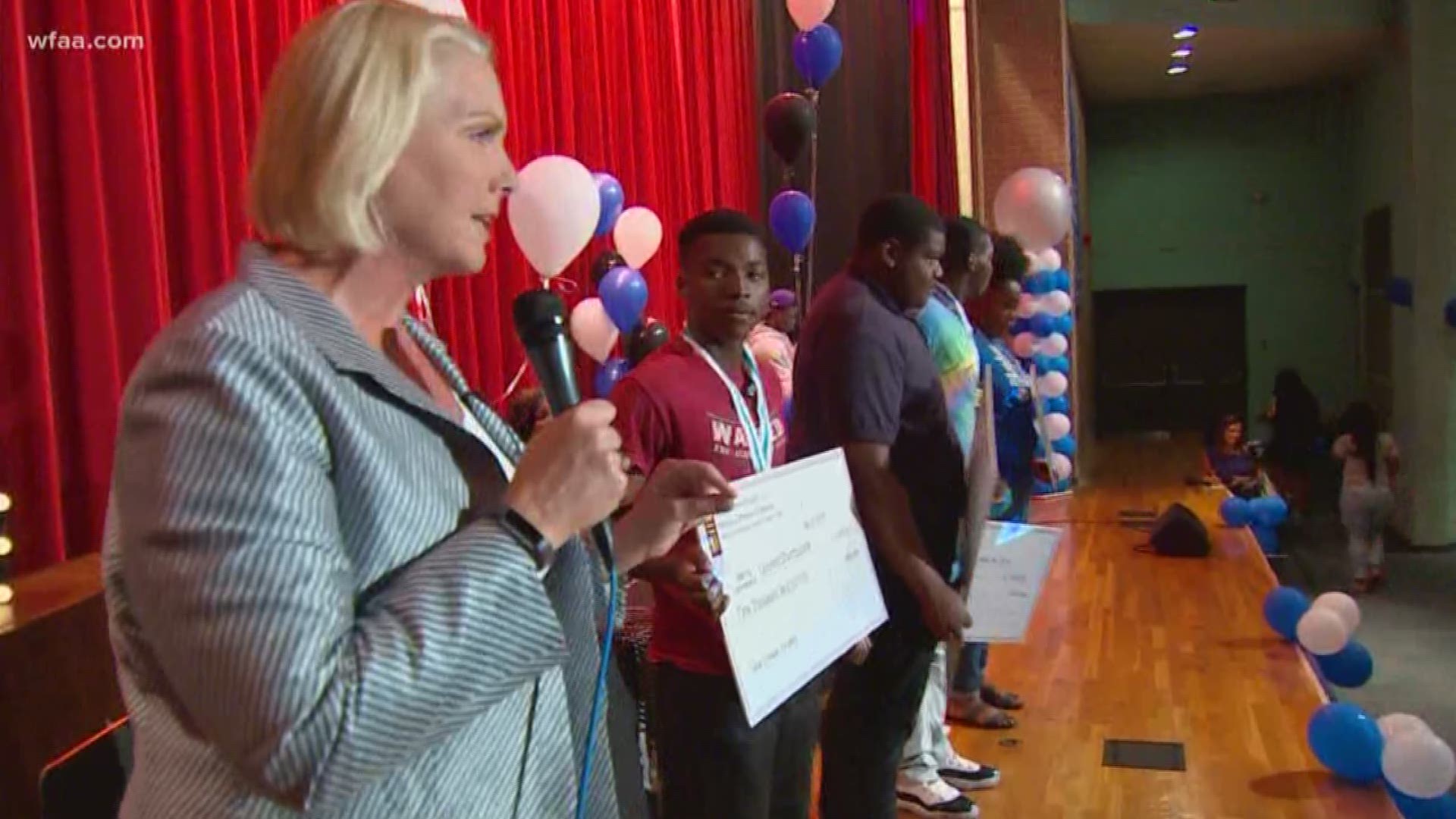 FORT WORTH, Texas --There are 201 members of the Class of 2018 at Fort Worth ISD’s Dunbar High School. Tuesday morning, more than a dozen of them were surprised with scholarships from a Fort Worth attorney who made a conscious decision to reinvest her law firm’s profits back in her community.

While Amy Witherite is not a Dunbar High School wildcat, she did grow up in Fort Worth. An Arlington Heights graduate, her mother was a teacher in the Stop Six community, close to Ramey Avenue, where Dunbar is located.

Witherite is a successful attorney. She is the owner and managing partner of Eberstein Witherite LLP. Her actions make a strong case for the argument that she does her best work outside of the courtroom.

Witherite doesn’t raise a penny for her efforts. She takes the money out of her own pocket.

“What else are we going to do? If you’re successful at work, why not give back to places that you can really make a difference and see a change,” she explained. “We’ve decided it’s really important for us as a law firm to reinvest in the community.”

Over the last three years, Witherite has given $72,000 to Dunbar students and at the Tuesday assembly, she offered up a challenge to Dunbar principal Sajade Miller.

Miller said what Witherite is doing is rare and critically important. “We seek partners who understand and embrace the power of education, and she is one of them,” he said.

“We have 1,000 of the best and brightest and most resilient students,” he explained. “Many of them will be the first in their families to graduate high school. The overwhelming majority are low socioeconomic status - qualifying for free and reduced lunch. Many of them have barriers and circumstances that we wouldn’t even being to fathom. And still, they come and show up and perform and aspire to be better, regardless.”

Some students, like Davion Cotton, say every day presents a struggle. He balances school and a demanding job.

“You get home late from work, take a shower, study up for the next day,” he said. “You’re drained when you wake up in the morning. So, it’s like, you got to focus through that.”

Witherite believes a college degree can change an entire family’s future and hopes a scholarship puts that degree within reach.

Except for what she learned while reviewing their scholarship applications, Witherite doesn’t really know the students, yet she chooses to see in them potential. And in her, they see an angel.

“It helps a lot, it helps a lot, takes worries off my chest and it motivates me to keep pushing,” said senior Mariah Anderson, who will be attending Prairie View A&M in the fall.