Art on wheels? It's an everyday thing for one North Texan

"To sit down and to get to just paint for an hour or two or however long it takes, it's pretty therapeutic," Little said. 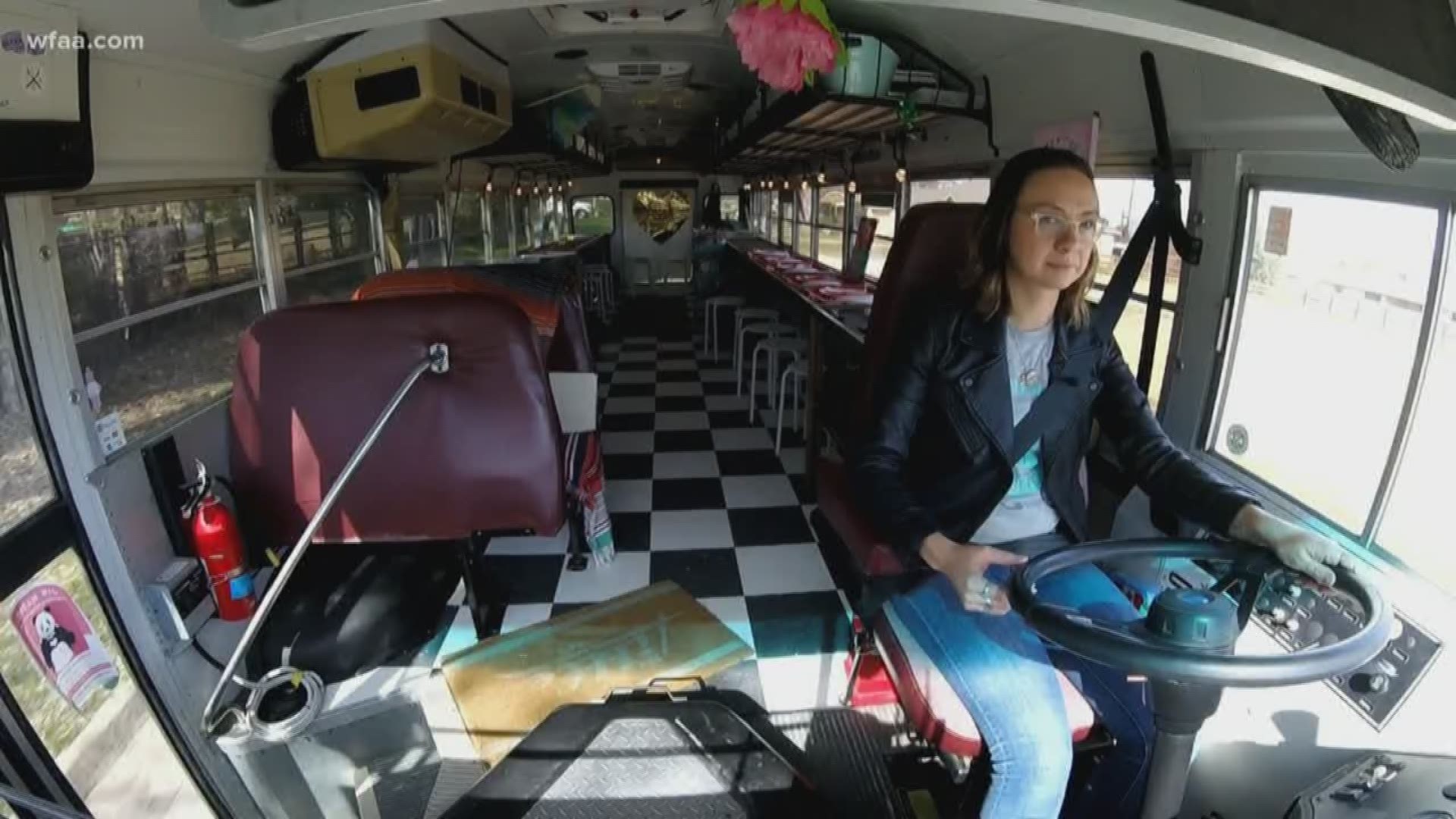 TARRANT COUNTY, Texas — Remember being a kid? And a bus would show up to school during the day?

Usually, it meant one thing...field trip.

But for 39-year-old Niki Little, her bus is the field trip.

Little is the owner of the Little Art Bus. It's a mobile art studio that travels around North Texas teaching children at daycares and schools how to paint and do crafts.

"When I wanted a bus, I thought everyone was going to think that I was crazy," Little said.

"Instead, they were like 'oh my gosh that's a great idea.'"

Three years ago Little quit her job in retail and turned her love for art into a new career.

She started by painting pet portraits.

"That was really addicting, so I decided if there was a way that I could do art full time you know I could be at home more for my daughter," Little said.

In December of 2017, a lightbulb went off in Little's head. What if she turned an old Blue Bird bus into an art studio on wheels?

"You can pretty much turn a bus into anything, so that's how this all started," Little said.

Little borrowed around $35,000, and the transformation began.

"The bus dealership, they did all of the paint. They took the seats out, so when I got it it was painted, had the generator, and the AC units," Little said.

Basically, think of a normal school bus but instead of having seats it has tables running along the windows for kids to do their work.

"The tables are just on hinges, and they fold down so it's pretty easy," Little said. "We can pretty much make it whatever we want it to be."

On a monthly basis, Little visits up to nine daycares around North Texas. She also does painting parties, and in her own free time, she even visits the Dallas VA Medical Center to teach veterans how to paint.

"To sit down and to get to just paint for an hour or two or however long it takes, it's pretty therapeutic," Little said.

Not bad for someone who quit their job to follow their passion.

"I mean it really is a dream," Little said. "I can't believe that I'm driving a bus that we do art on and when I go to daycares the kids are just so excited."

If you would like to learn more, visit www.thelittleartbus.com.