An Arlington distribution center is how many in Texas get Latino goods. Its president is worried about a border shutdown.

While the president says a total shutdown is off the table, some of the border crossings dedicated to cargo shipment inspections are closed while agents are reassigned to crossings where immigrants are seeking asylum. 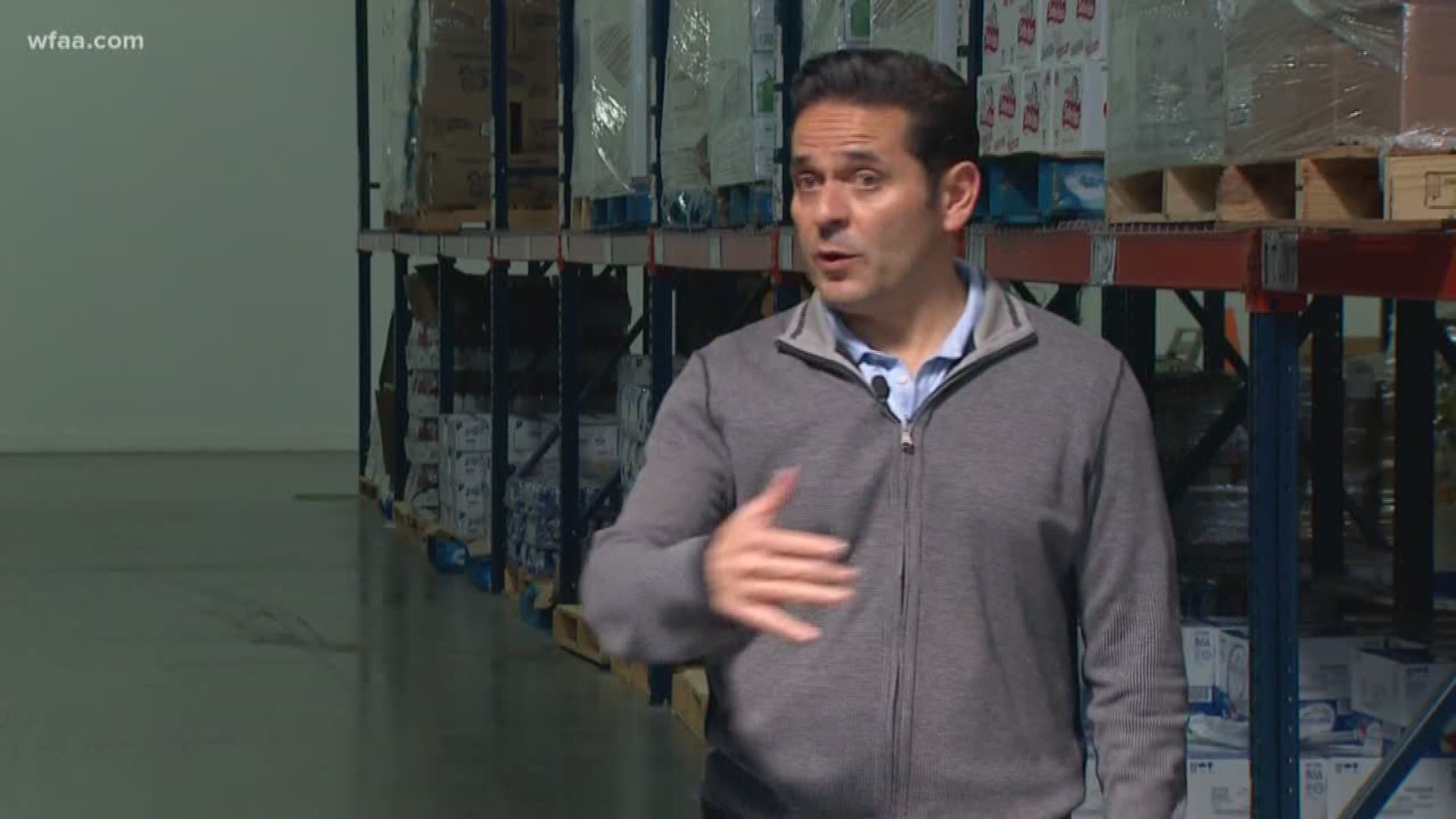 ARLINGTON, Texas — One of the main gateways between Texans and some of our favorite drinks and snacks, like Topo Chico and Takis, is a warehouse in Arlington.

“We are the people responsible for bringing Latino goods to all the stores in Texas,” said David Benitez, president of Intelligent Mexican Marketing in Arlington. “From Walmart, Racetrac, 7-Eleven, all the way down to a taqueria.”

“The last two weeks already there have been disruptions,” he said.

Benitez said he shies away from the spotlight, but he feels like he can’t avoid it right now.

Some of the lanes dedicated to trucks and vehicles carrying cargo across the Texas and Mexico border are closed. Those that are open are experiencing backups of 12 hours or more, according to journalists in El Paso.

U.S. Customs and Border Protection said agents are being moved from those cargo lanes to crossings where immigrants are seeking asylum.

It means Benitez is beginning to feel an impact on the flow of products he distributes. And he’s working on alternate plans should things continue to get worse.

He’s also trying to rally businesses on both sides of the border to start stepping into the spotlight with him, to explain to the rest of Texas how much trade matters.

“I try to avoid politics at all times, but this is something that is greater than that,” he said. “I think this is an open invitation for all Texans to realize this is messy. We cannot allow Washington to do things that they don’t really understand. They don’t know how we live and what we experience everyday.”