“Did we actually go into one of the warehouses? No,” Kemp spokesman Cody Hall told 11Alive. 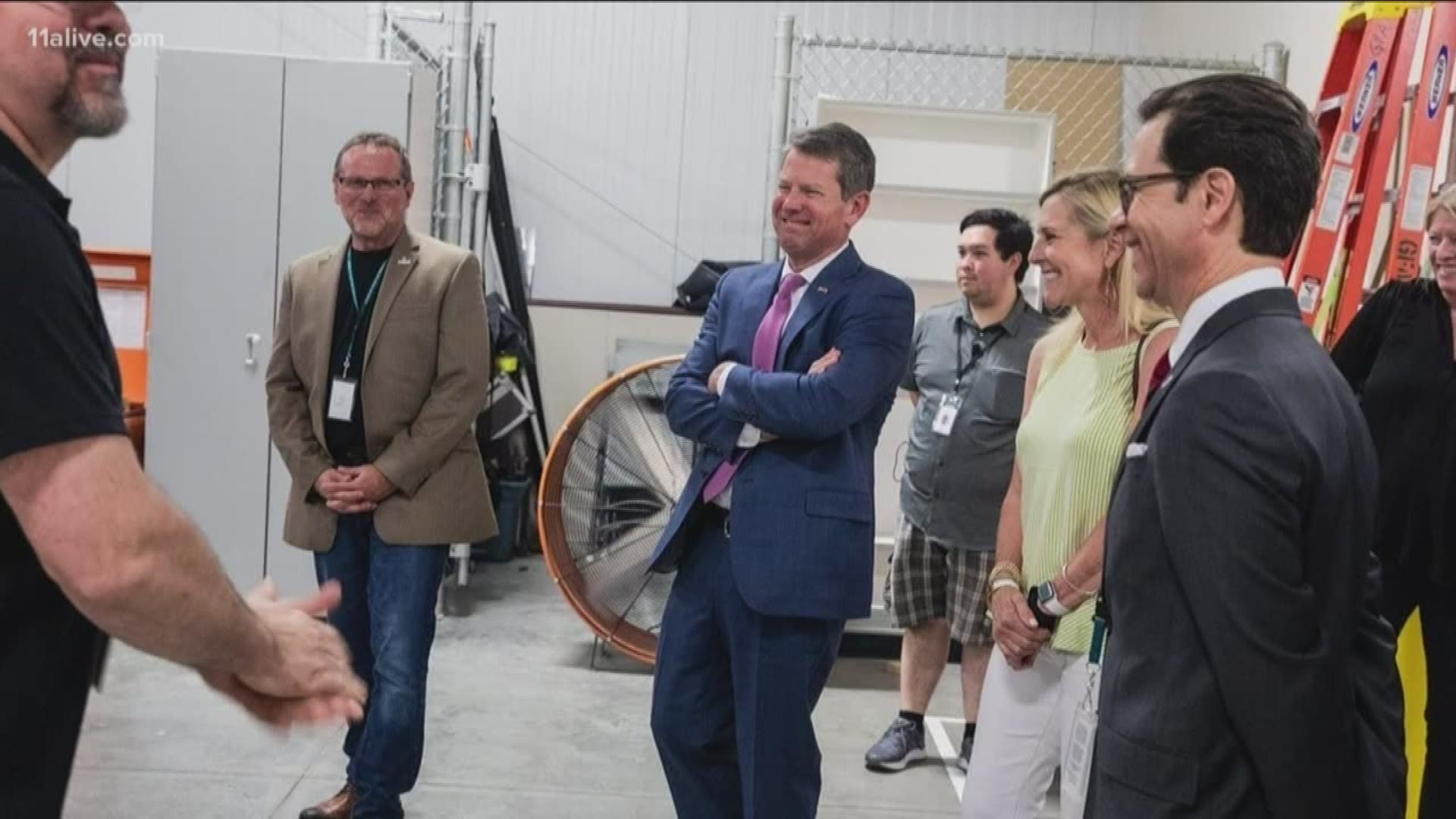 FAYETTEVILLE, Ga. — Georgia Gov. Brian Kemp's "tour" of a prominent Georgia film facility was less than it appeared. The new picture of Kemp's May 22 tour emerged after a spokesman told 11Alive News that the governor never entered any of Pinewood Studio's sound stages, and only interacted with a few executives.

The governor had canceled a planned trip to Hollywood for that day after he’d signed the state’s “heartbeat” abortion law.

Since Kemp signed that abortion law, several filmmakers have said they’ll consider pulling out of Georgia if it actually takes effect.  Kemp did not invite the news media to tag along on his visit to Pinewood.

Here’s what happened – and what did not happen.

Governor Kemp’s office tweeted two pieces of video shot among people at the Georgia Film Academy – a state-backed school for production workers.  The school is located on the grounds of Pinewood studios, the sprawling Fayette County facility that embodies Georgia’s nearly ten-billion dollar film industry. But Kemp’s tour mostly stuck to the academy.

Yet a few hours later, Kemp’s office issued a press release saying “Kemp toured Pinewood studios,” even though he never set foot inside any of Pinewood’s sound stages.

“Did we actually go into one of the warehouses?  No,” Kemp spokesman Cody Hall told 11Alive.  He said Kemp got a “windshield tour” of the grounds outside the sound stages and “spoke with some of the executives” from Pinewood during that ride.  Kemp also visited an outdoor area where a movie scene was shot.

That's "not actually the studios where people are working," said film industry veteran Sara Riney, who added she’s not surprised Kemp didn’t risk encounters with film industry workers --- whose jobs have been threatened with fallout from the abortion law.

"I think he would have had some pushback. I think some people would have asked him some questions about his political moves," Riney said.

Kemp’s spokesman contends the description of a Kemp tour at Pinewood was not misleading. “It’s factual to say we toured Pinewood studio,” Hall said.

Kemp's tour grabbed attention online.  The governor tweeted an upbeat video saying how much he supported the film industry.

Kemp's tour of the studio facilities that day was actually very, very limited. If the press had been invited, that might have been a bigger part of the story.