The Bregmans moved their wedding from the La Cantera Resort to Katy because of a surge in the COVID-19 pandemic. 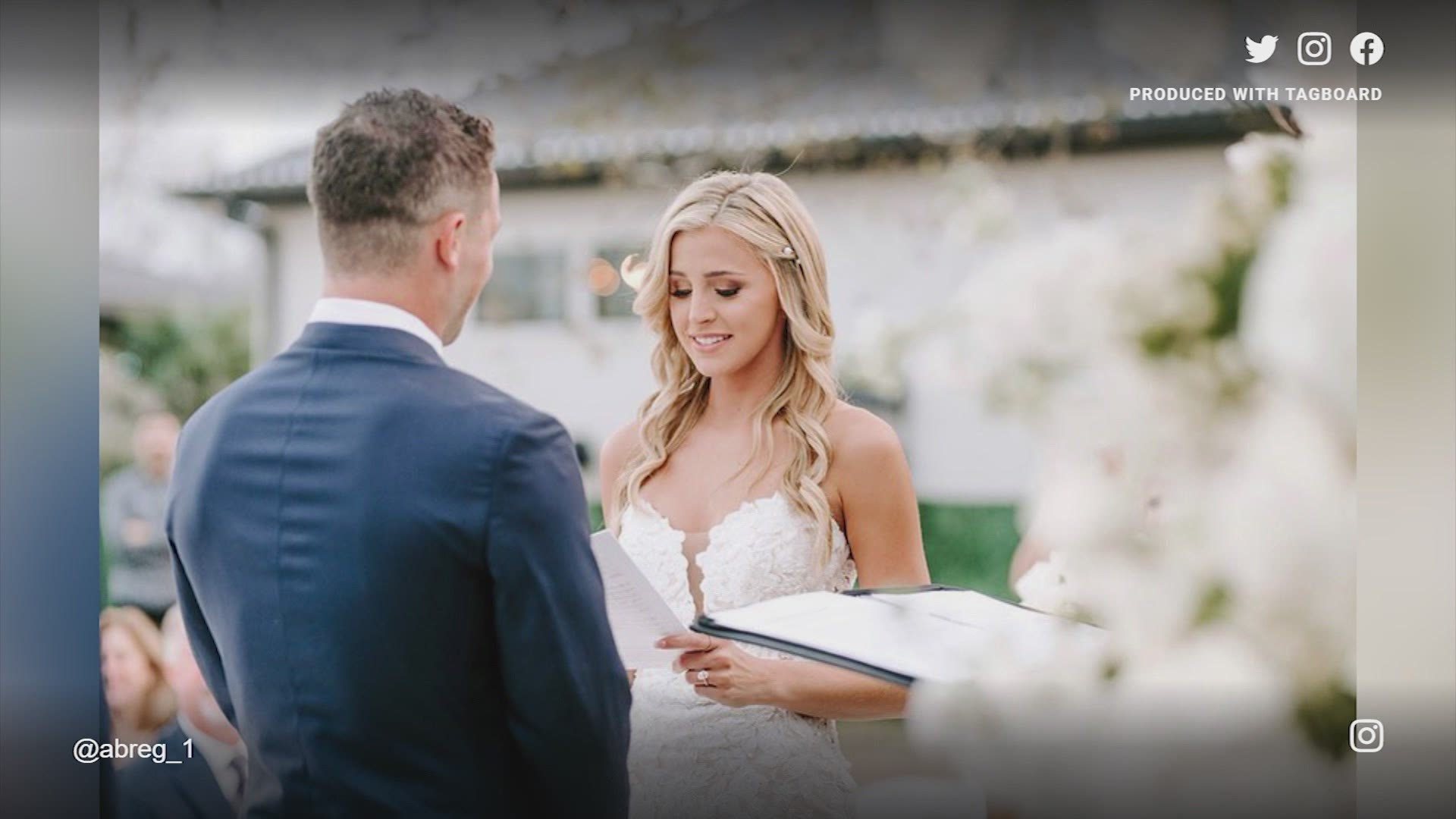 HOUSTON — Houston Astros third baseman Alex Bregman and his wife Reagan filed a lawsuit Thursday against a San Antonio resort where they’d planned to get married.

The Bregmans say the La Cantera Resort and Spa refused to return their $80,000 deposit after they changed their wedding plans.

The couple decided to have a small December ceremony at Reagan’s parents’ home in Katy because of a surge in the COVID-19 pandemic.

“When we booked the wedding, cases were lower and we hoped the pandemic was subsiding,” Alex Bregman said. “However, as cases surged in Texas and across the country leading up to the wedding date, it was clear we had to make plans for a smaller ceremony with fewer guests.”

“We’re heartbroken we couldn’t hold our dream wedding and had to cancel,” Reagan Bregman said. “But the COVID-19 surge created heartbreak for so many people. The pandemic made it impossible for our guests to attend safely.”

Alex Bregman’s business manager, Bruce Mallot, said the contract stated the wedding could be cancelled and the deposit would be refunded if the guests couldn’t safely attend.

“The resort needs to do the right thing and return the money,” Mallot said. “The contract clearly states they have to give back the deposit if the wedding couldn’t be held due to COVID-19.”

The Bregmans say they offered a compromise.

“We tried to work something out with the resort. We made an offer to get a partial refund and have a reception after COVID, but that was rejected,” Alex Bregman said. “We had no trouble with paying a reasonable administrative fee to compensate them for their time. That’s fair. But to keep the whole amount for a wedding we couldn’t hold safely makes no sense.”

yes i will still be sharing every bregman wedding pic i see because LOOK HOW CUTE pic.twitter.com/ggqSG9CbLS

The couple said La Cantera is even demanding an additional $40,000, even though the resort never had to buy food, flowers or any other items for the wedding. They say the resort had no significant out-of-pocket costs associated with the cancellation of the event.

“La Cantera is attempting to create a profit windfall for themselves,” Malott said. “They incurred virtually no expenses since the Bregmans canceled nearly three weeks before the planned event, yet they want all the money under the contract.”

KHOU11 reached out to La Cantera for a response, but we have not heard back.