After Fort Worth man dies from e-cig explosion, one survivor says he's lucky to be alive

"If I would have had my e-cig in my mouth, I could have lost my life," Mann said. 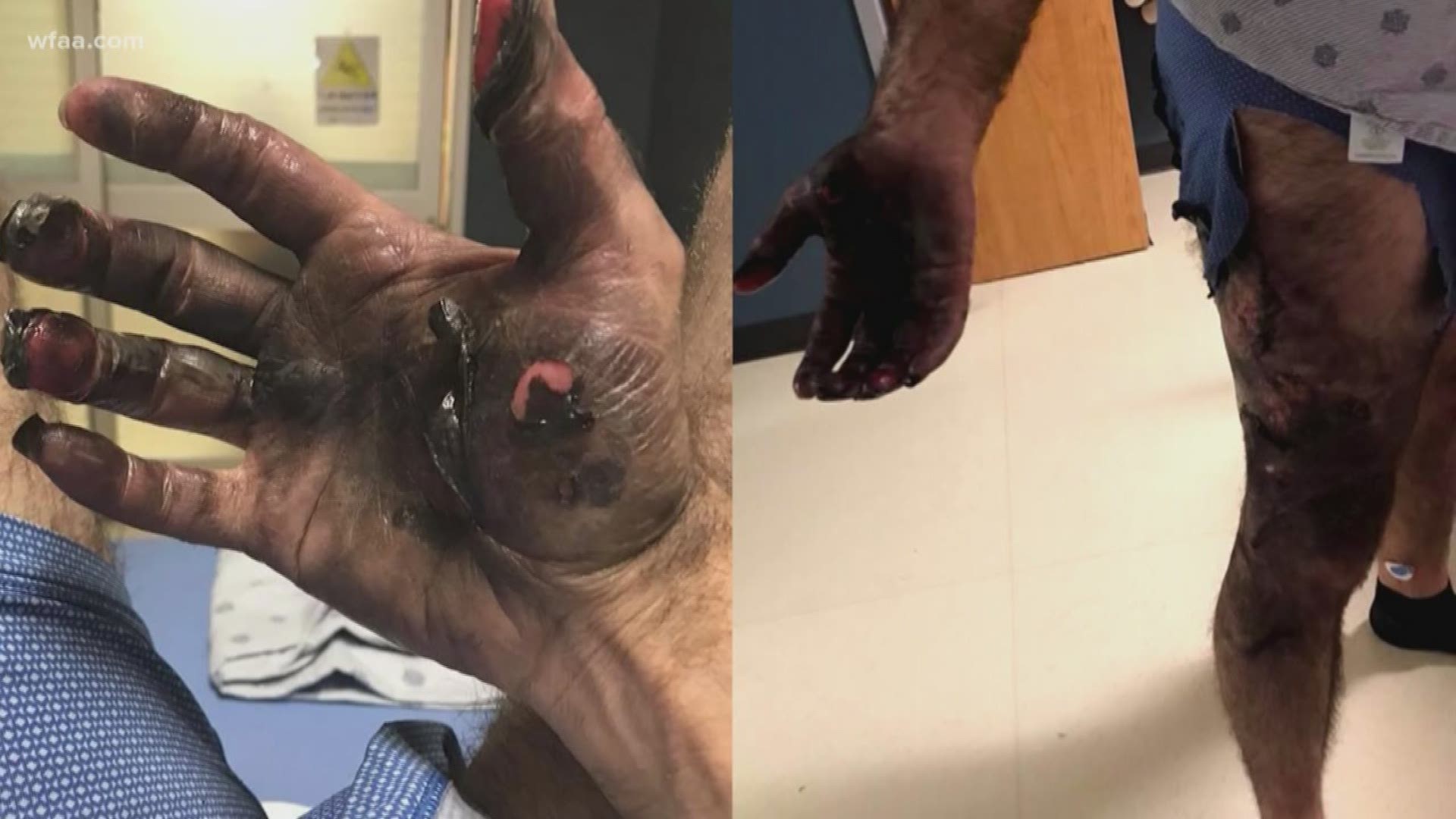 FORT WORTH, Texas — On the heels of an e-cigarette explosion that claimed the life of a 24-year-old man in Fort Worth, another e-cig user who survived a gruesome explosion last year is sharing a message of caution about the cigarette alternative that over 10 million Americans are now turning to.

On Jan. 27, 24-year-old William Brown died while using an e-cig for the first time outside a smoke shop in Keller in his grandmother's car.

Family members said he had just bought the e-cig and was found collapsed on the pavement outside the vehicle.

The Tarrant County Medical Examiner said Brown’s cause of death was penetrating trauma from an exploding vaporizer pen.

Family members said that doctors at JPS said Brown suffered a stroke inside the car and eventually had bleeding in his brain, according to the Star-Telegram.

Brown is believed to be only the second death in the United States caused by an exploding e-cig. His family said that his e-cigarette had a lithium battery, which is a battery that has been connected to a number of e-cig explosions.

That includes an explosion that gave Scott Mann second and third-degree burns on his right hand and right leg last year in September.

That month, 44-year-old Mann told WFAA that he was at work when one of his pockets suddenly exploded.

“I was just sitting there talking to my Dad," Mann said.

"It's not something you expect to happen."

The burns on Mann’s hand came after he tried to put the fire out.

“It was just a natural reaction,” Mann said.

"They couldn't give me enough morphine to kill the pain," he said.

During that time, Mann was unable to work. He has his own contracting business in Haltom City and does maintenance and repair for national restaurant chains.

"I wasn't able to stay on top of my business, therefore we didn't have as many sales in 2018 as we did in the past," Mann said. He also was unable to play guitar for weeks.

Mann is a musician and sings in a band on the side.

"I felt lost without being able to play guitar," Mann said. "Life wasn't the same."

But while Mann is happy to be able to play guitar again, he's even happier to be alive.

He said that Brown's death reminded him that he was lucky.

"Let's call it chance that it was in my pocket," Mann said. "If I would have had my e-cig in my mouth, I could have lost my life."

And so many across the U.S. have been lucky. Videos of e-cig explosions are popping up more and more on the internet, particularly involving ones with lithium batteries.

In fact, WFAA learned last week that researchers at UNT uncovered 2,035 burns and injuries between 2015 and 2017 connected to e-cigs.

Federal data is far different, however. A 2016 report from the U.S. Fire Administration found less than 200 incidents in a six-year span.

Mann now has a lawyer and is planning to file suit against the manufacturer of his e-cig this month.

His attorney told WFAA that they plan to prove in court that Mann's battery (just like many others tied to e-cig explosions) are sold aftermarket and oftentimes not meant to even be paired with the e-cig device they're inside.

That combination can lead to catastrophic failures.

Mann said he now tells anyone using a vape pen or e-cig to reconsider. He turned to them to help him quit smoking in 2014 but now will have a scar on his leg for the rest of his life to live with.

"There have been a few instances where I've said hey, this is what happened to me when I was doing that," Mann said.

"People need to wise up to the dangers of smoking vapor cigarettes."