"Hey, are you in a big rush?" the officer asked the driver, as the teen stood on the bridge. 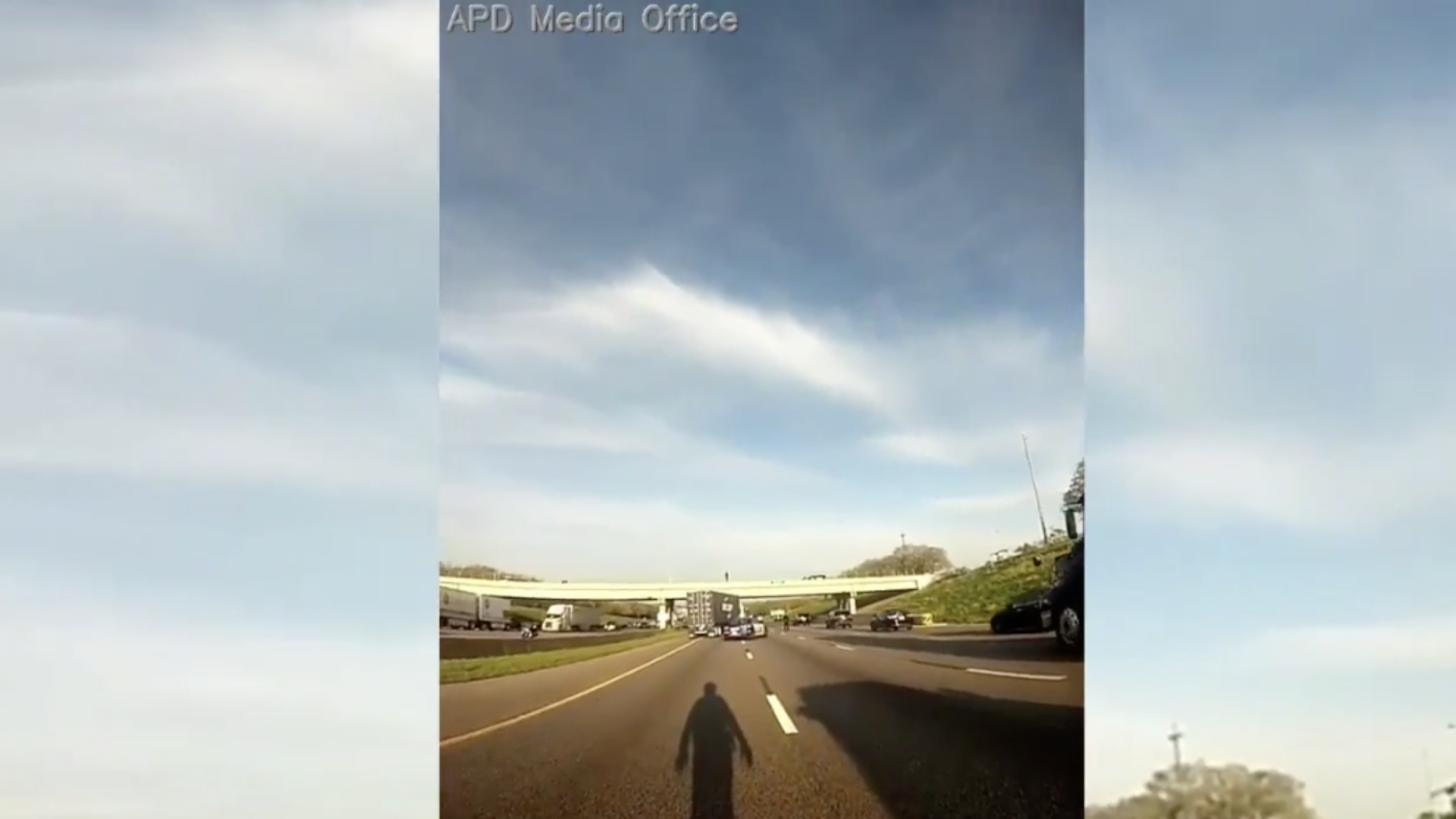 ARLINGTON, Texas — An Arlington police officer and a big-rig driver helped save a teenager who jumped from an overpass on Wednesday morning.

The incident unfolded along Interstate 20, at Kelly Elliott Road, in southeast Arlington.

With the teen standing on the bridge and traffic stopped, Arlington officer Deric Sheriff approached a truck driver, as shown on bodycam footage released by the department Wednesday afternoon.

"Hey, are you in a big rush?" the officer asked the driver.

"Not a super big rush," the driver said.

Sheriff then asked the driver if he could pull beneath the bridge so that "in case he decides to jump, he'll land on the trailer."

The driver agreed, and Sheriff directed him to drive up to the bridge and park under it. The driver pulled up to where the teen was standing. After several seconds, the teen jumped, landing on top of the trailer.

"From my point, I couldn't tell if the semi was in the right position or not," Sheriff said.  "But the next thing I see is the individual stand up on top of the trailer, and I was like, okay we're safe."

Sheriff has been with department for nearly 18 years, but he said he's never experienced a day quite like this. And neither has the veteran truck driver who answered his call.

Dwayne Crawford was driving west to make a delivery. He said he usually doesn't like seeing a police officer approach the window of his cab, but he knew right away this was different.

"He was coming to me," Crawford recalled. "He said, this guy's going to jump."

When the boy landed on his truck, Crawford said he heard the noise and came to a stop. The boy was physically fine, and both of the men said they hope he now gets the help he needs. Both Crawford and Sheriff are fathers who have raised teenagers.

"By me being there, I gave him a different option," Crawford said.

They were two unlikely allies who knew exactly what to do in a moment of crisis.

"We had some help from a big rig this morning as a teen was contemplating jumping from an overpass," Chief Will Johnson tweeted. Sheriff "was instrumental in directing the truck driver before the teen jumped & later landed on the trailer. Excellent crisis intervention to help this teen!"