None of the evacuees showed symptoms of coronavirus as they prepared to be quarantined and looked after at Lackland AFB. 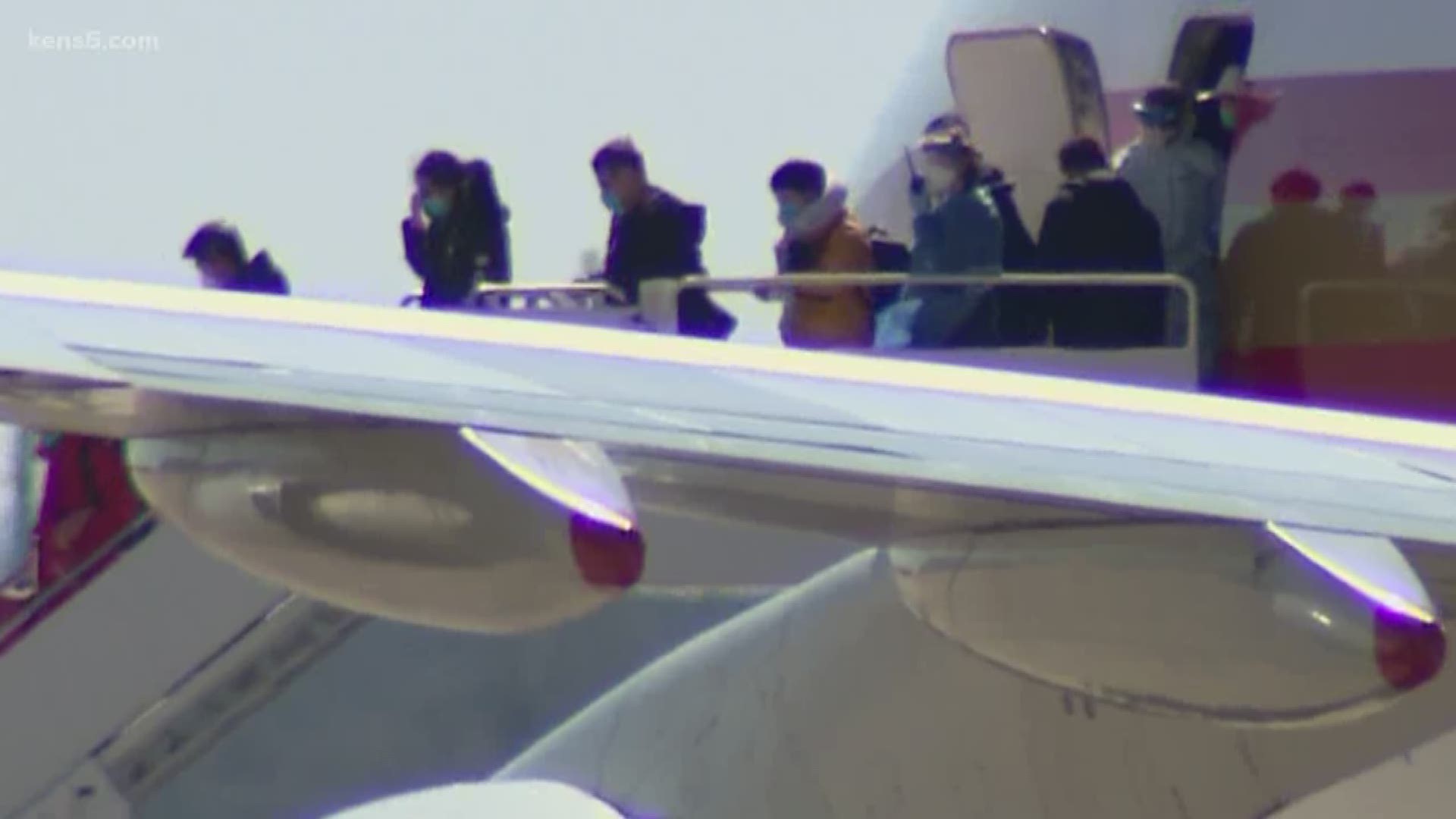 SAN ANTONIO — Travelers being quarantined in relation to the coronavirus outbreak arrived in San Antonio Friday afternoon, touching down at Kelly Field around 12:30 p.m.

At an after press conference led by the Department of Health and Human Service and the Centers for Disease Control a few hours later, officials said the plane carried fewer than 100 passengers, including at least two children, who will now be kept at Lackland Air Force Base for a two-week quarantine.

The City of San Antonio released a statement Sunday regarding the quarantine status:

The City is actively monitoring Bexar County residents who have traveled back to the area from China, who are under a 14-day self-quarantine at their homes.  Additionally, the San Antonio Metro Health lab has received its CDC issued novel coronavirus test kits. The kits will take approximately two weeks to be fully operational and will require confirmatory testing by the CDC.

As of today, Bexar County still has no reports of any individuals diagnosed with the Novel Coronavirus and the risk to the public from this virus continues to remain low. There are 12 confirmed cases in the United States however there are no cases in Texas.

By contrast, the CDC has estimated that there have been between 19 million and 26 million flu illnesses, which have resulted in approximately 10,000 deaths.

The base was designated a quarantine site by the U.S. Department of Defense over the weekend. The decision is in response to the spread of the coronavirus, which has killed more than 400 people worldwide.

Lackland is expected to provide facilities capable of housing at least 250 people on base. In a tweet on Sunday, Joint Base San Antonio stated it would house those travelers at the Gateway Inn and the Gateway Villa, two of the base hotels.

According to the CDC, those travelers are under a quarantine order that begins on the day their flight leaves Wuhan, China and will continue up to 14 days, the necessary incubation period. CDC workers could be seen Friday afternoon wearing hazmat suits and facemasks as well. All passengers were screened for coronavirus symptoms—none exhibited signs of the virus, officials say.

JBSA says the Department of Health and Human Services and the CDC would monitor the individuals during quarantine, adding they would not have any contact with the general population.

As for those who are caring for these travelers on the Lackland Air Force Base, the city says they are taking every precaution necessary.

"All those folks who are serving them, taking care of them, transporting them for medical care all of them have recommended airborne precautions," said Anita Kurian, assistant director of Metro Health. "So they will be using gloves, masks, gowns. Nobody is coming in contact with them, with all these standards airborne precautions in place."