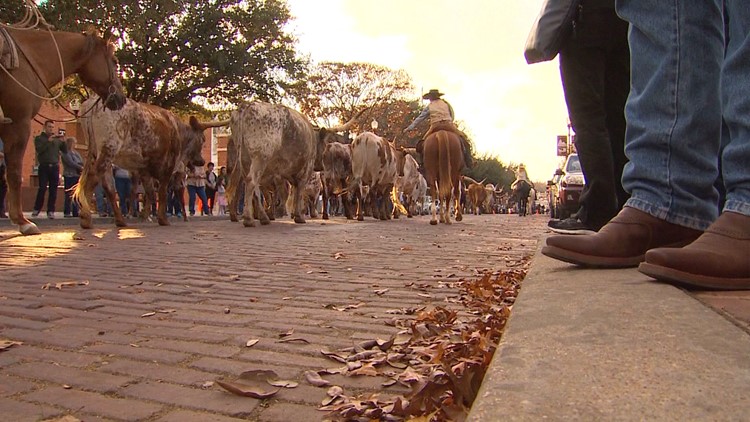 Photo by: WFAA
A cattle drive through the streets of the Stockyards is a popular tourist attraction.

A 4-star hotel and a Shake Shack are coming to the Stockyards. And that’s not all.

FORT WORTH, Texas -- The long-discussed redevelopment of the historic Fort Worth Stockyards is becoming a reality.

Hotel Drover, a new 4-star Marriott Autograph boutique hotel, along with an outpost of the popular Shake Shack chain were among the announcements made Thursday by Stockyards Heritage Development Company, a partnership between Majestic Realty Co. and The Hickman Companies.

Hotel Drover, which is being described as “a rustic resort,” will help anchor the redevelopment of Mule Alley that will include “shops, eateries, creative office spaces and live-entertainment venues,” according to the Stockyards developers.

“We would rather take a risk with an inventive tenant than play it safe with a chain that brings little to the table,” said Craig Cavileer, executive vice president of Majestic Realty Co./Stockyards Heritage Development Company. “We’re not looking to overly commercialize the Stockyards, we’re looking to make it even more exciting and broaden its appeal for locals as well as guests from Texas, the U.S. and around the world.”

The project, a public/private partnership with the City of Fort Worth and Tarrant County, just broke ground on the first phase of the $175 million development.

Read more from our media partners at the Star-Telegram