Dirk Nowitzki is Landry Griffith's favorite NBA player. Her dad learned the hard way that his impending retirement is nothing to joke about in a sweet April Fools' Day prank. 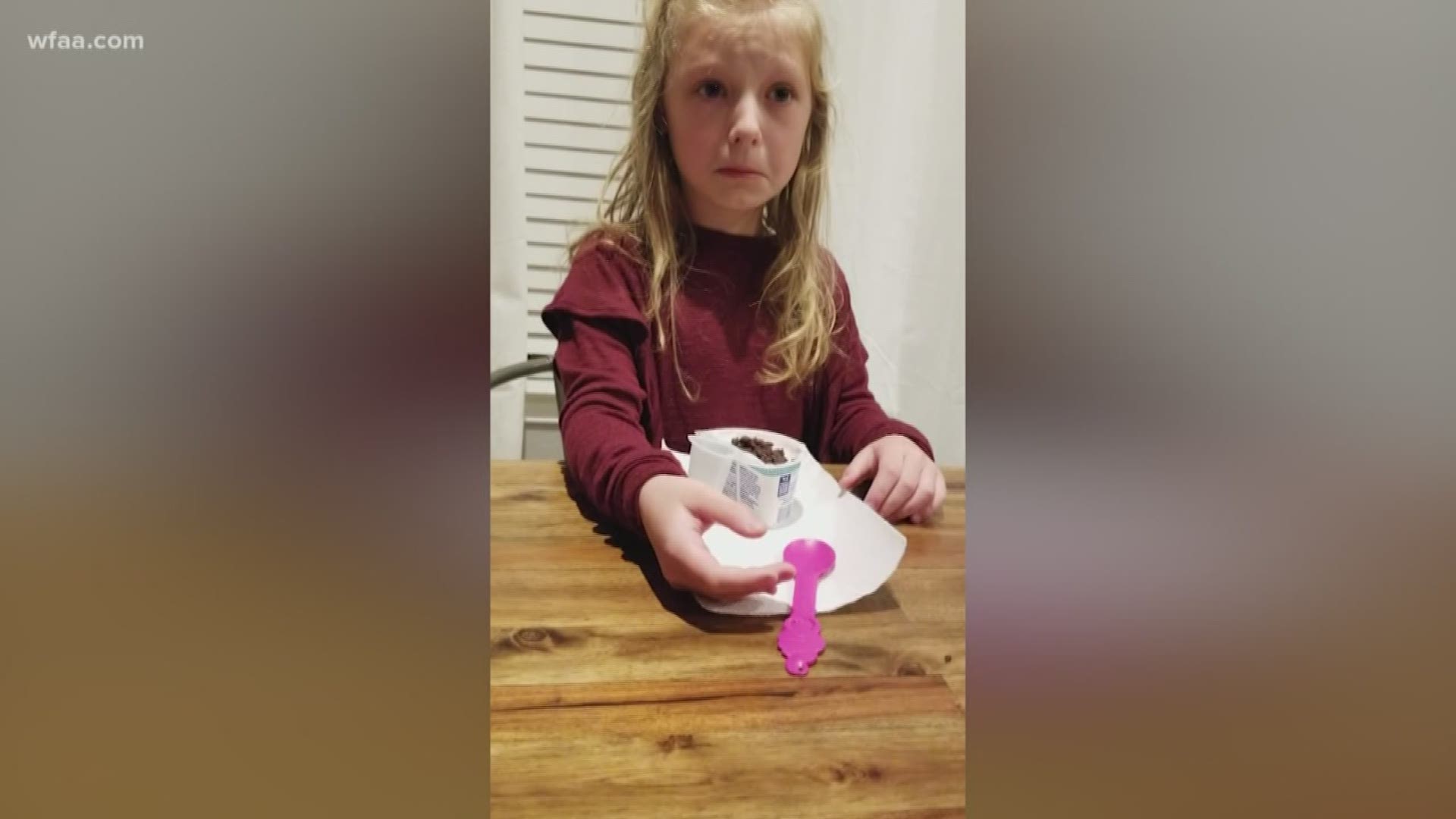 PROSPER, Texas — Do you remember the first sports star you idolized?

For 7-year-old Landry Griffith of Prosper, it's Mavericks legend Dirk Nowitzki, and she has the stats to prove it.

"He moved up on the all-time scoring list, and he played for 21 years," she said.

Her dad Brandon Griffith is a Mavs Fan For Life, and he took Landry to her first game last year.

"The pre-game warm-ups and the announcements come on, and I watch her more than I watch the players," Griffith said. "Just seeing her excitement and light up is awesome."

They've been to two more games since, including one where Landry got a chance to shoot a basket on the court.

"I like to watch in person but I don't get to watch the games at home because I have to go to bed," Landry said.

She's only seven, but Landry's passion for the game is real. That is what gave her dad his April Fools opening. Over breakfast, he pretended like he was reading a statement from Nowitzki, saying he was retiring early.

"I thought she'd be like, 'OK, well no big deal. It'll be alright,'" he said. "But she took it a lot harder than I thought she would, I was not prepared for that."

Landry burst into tears, before Brandon admitted it was an April Fools' joke.

Luckily, the Griffith family has a great sense of humor. She recovered quickly, and was on her way to school.

It will be a sad day when Nowitzki makes a real retirement announcement, but true fans like Landry know the future should be fun to watch.