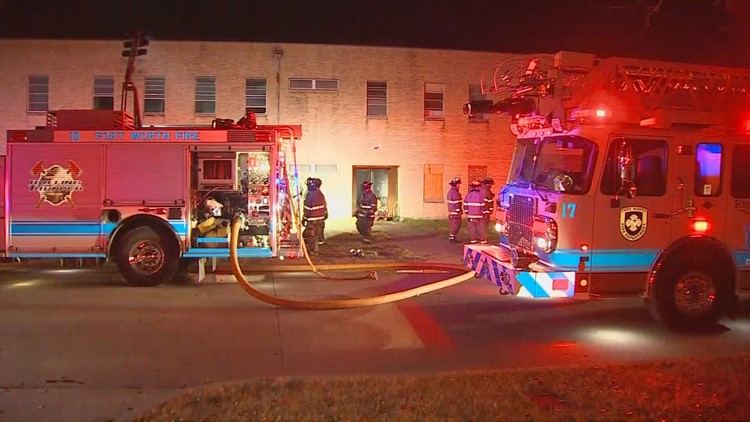 5 people rescued from second story building fire in Fort Worth

FORT WORTH, Texas — Five people were rescued from the second story of a building after it had caught fire in Fort Worth around 3:30 a.m. Wednesday.

Firefighters arrived on scene on the 800 block of West Fogg Street to find several people hanging out of a window from the second floor, officials at the scene told WFAA.

According to fire crews on scene, the firefighters immediately got their ladders and began to rescue the victims.

There were six people total inside the building. Five were rescued by firefighters and the sixth person was able to evacuate themselves.

All patients were checked out by MedStar and released on scene, officials said.

It is believed the building was vacant and the six people were using it as shelter from the cold.