10 days without power in southern Dallas

He's not responsible for the tree that knocked out his power, but 76-year old Robert Crossland still has to pay to get electricity back to his home. 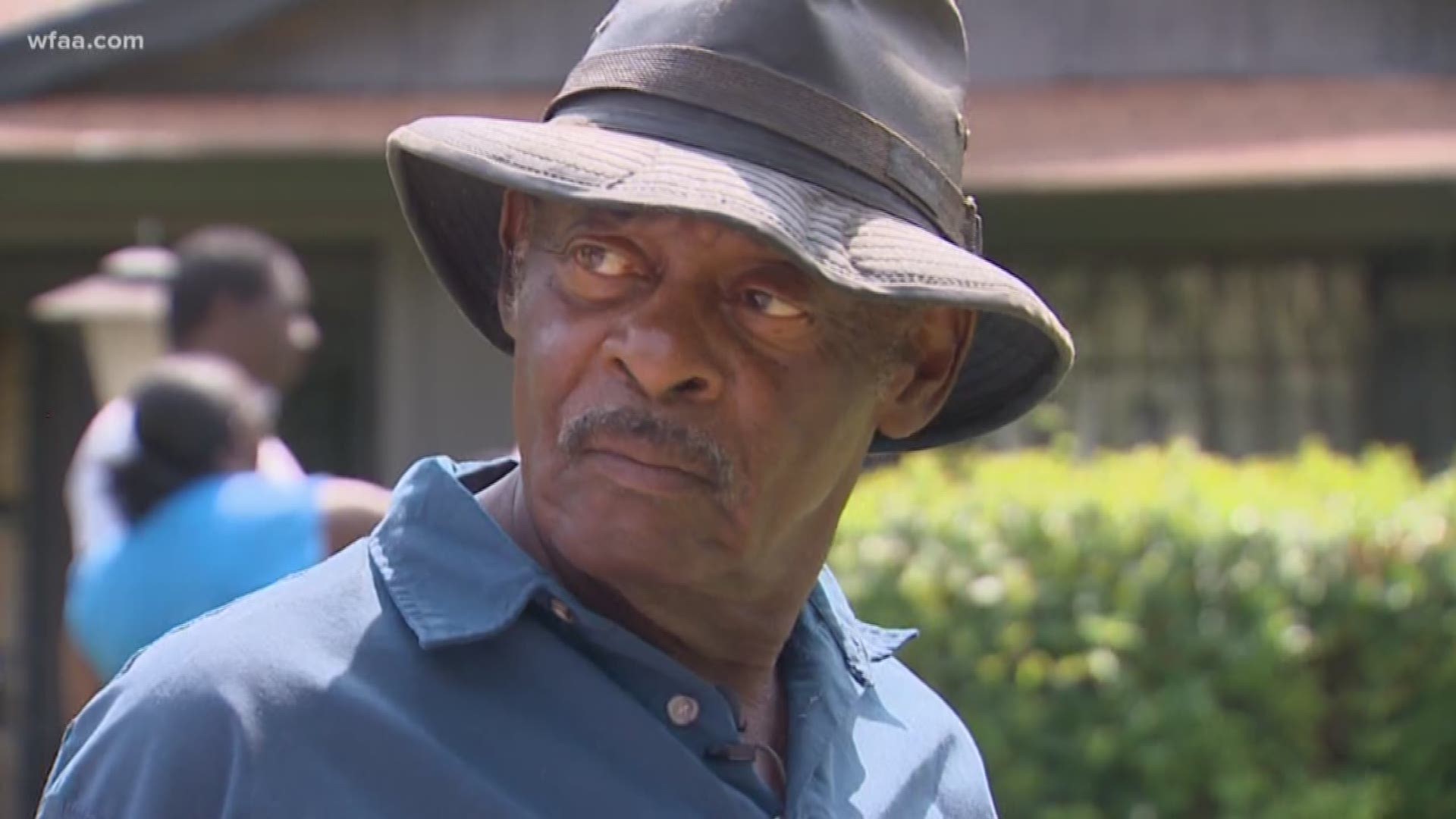 DALLAS — It certainly looked and sounded like day-after storm clean up on Wednesday, but that is not what you’re seeing on Olney Court in southern Dallas.

“I’m very disappointed," Crossland said. "This is the worst thing I’ve had (happen) since I’ve been here.”

Crossland is a stroke survivor, 76 years old and on a fixed income, so he could not fix this.

His neighbor’s tree fell June 9, cutting his power. His neighbor doesn’t have insurance and couldn’t afford to remove the tree.

So Crossland called Oncor – but the public utility doesn’t remove damaged trees on private property. His next call was to the city of Dallas' 311 line.

"It’s not code responsibility to come out and do it (remove the tree)," Atkins said. "We’re doing it to help the community.”

Atkins says he worked over the weekend to coordinate city code department to cut the tree and community court volunteers to haul away the debris.

All of it came together Wednesday.

"This is a lesson, a lesson to be learned," Atkins told neighbors on the cul-de-sac. "Yeah, there’s no excuse that his lights should have been off for 10 days but once we found out, it took the community getting together to get it done.”

Now Crossland is anxious to get his lights on again.

"It will be like a new day,” Crossland said.

But a new day that is not here yet.

You see, even with the tree gone, Crossland says he can’t afford to hire an electrician – to fix damage to his home – he didn’t cause.

So on Wednesday evening, he planned to stay somewhere else – until he can find the means to get his lights back on.