One key indicator spurs recession fears, but what about the rest?

An inverted yield curve is a reliable predictor of a looming recession. What do the other indicators say? 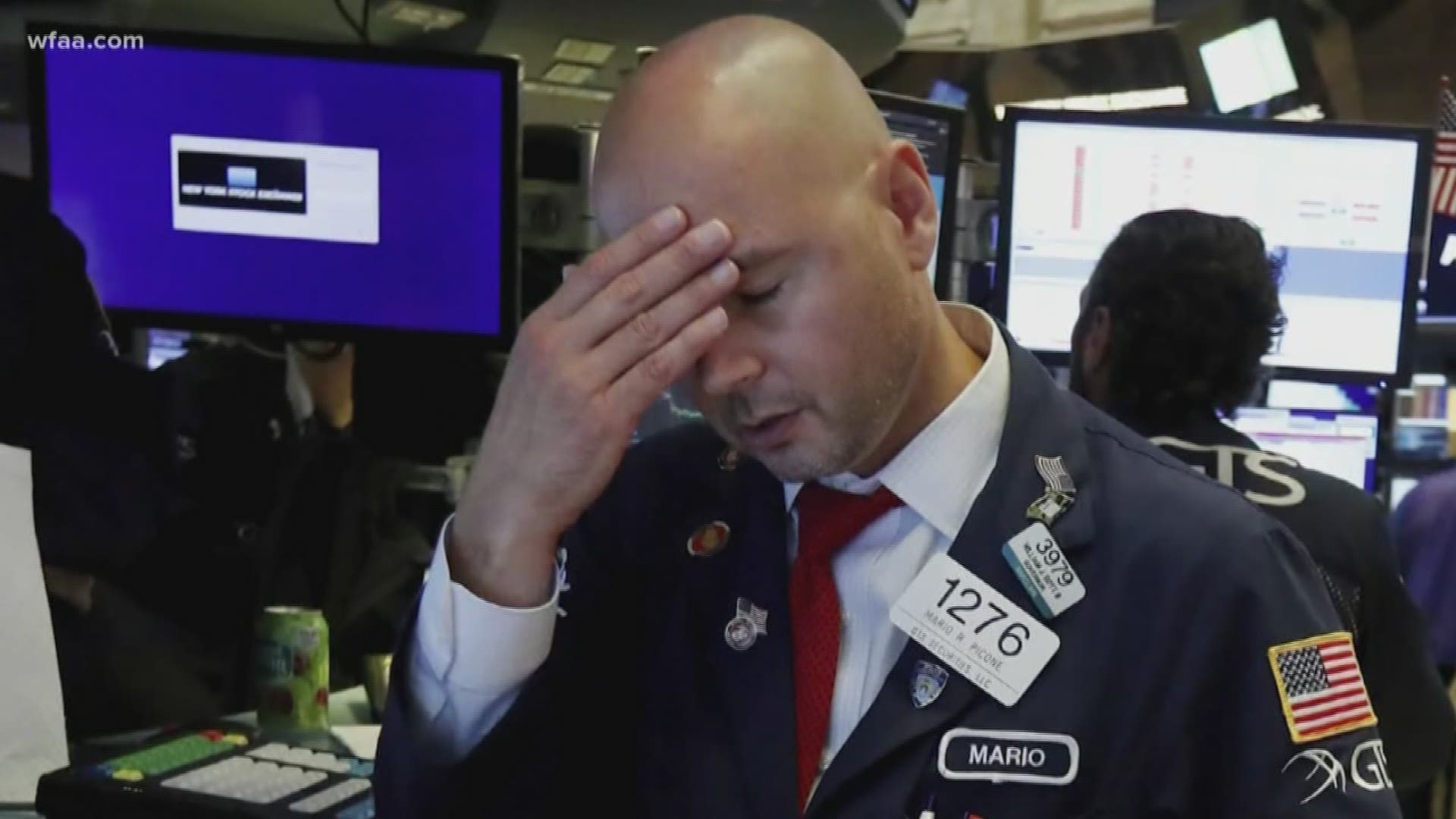 DALLAS — There is at least one indicator of a possible looming recession. But are there any others?

The stock market tanked on Wednesday because the world suddenly turned upside down.

His company manages 3/4s of a billion dollars in assets for more than 600 families. And that yield curve worried his clients too.

An inverted yield curve is when the interest rate for the longer ten-year treasury is actually lower than the rate for the shorter two-year note. It's often a predictable indicator of a future recession.

"We get a lot of phone calls," McGowan said. "As the anxiety level goes up the phone rings."

But while it has been a reliable indicator of a looming recession, there are other indicators to consider too.

"I do like the underlying economic numbers," McGowan said.

Among those economic numbers is the unemployment rate, for example.

The manufacturing index is a measurement of orders and inventories and hiring. It's currently at 51.2. Generally, any number above 50 is considered good.

And consumer sentiment is basically flat, the same as it was a year ago. Financial analysts consider anything more than a 15 percent drop in a year to be a concern.

"This actually to say it's a recession right now, you don't have enough data to say," McGowan said. "In terms of overall economy, it's not there yet. So, you're anticipating something that may or may not happen."

RELATED: Stocks gain with a boost from Walmart, a day after 800 point drop

McGowan advises his clients that this appears to be just a "mini" panic. Not a full-blown one like 2007 and 2008 when banks were shutting down and housing prices were plummeting.

"And we don't have anything that negative and salacious at this point, and we pray we don't," he said.

But we do have a tariff and trade war threatening to sow a bit more panic.

And nobody knows how to measure that yet.

RELATED: China threatens retaliation if US tariff hikes go ahead