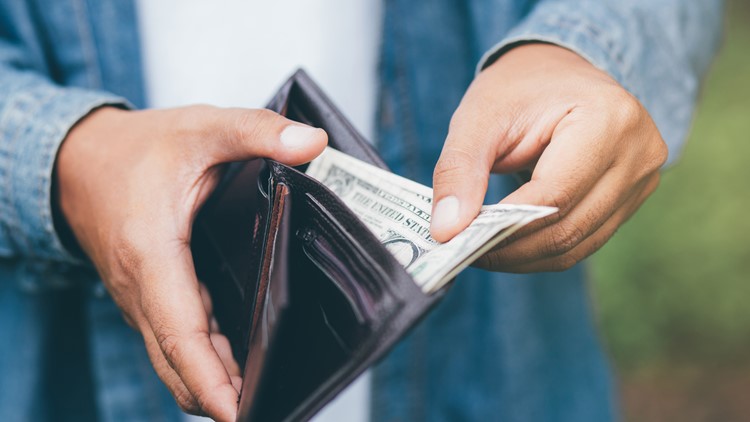 Median rent and minimum wage don't add up for Dallasites

DALLAS — According to a report from MagnifyMoney, the median rent in Dallas requires renters making minimum wage to spend 125 percent of their wages on housing.

With more than 100 percent of minimum wage pay required, Dallas ranks the fourth worst city for the rent-to-minimum-wage metric.

Coming in first among the cities was Austin, where minimum-wage workers made $7.25 an hour per MagnifyMoney, 143 percent of earnings were taken up by the median rent. Austin workers earning minimum wage would need to work roughly 200 hours a month just to afford the median rent.

In 16 of the 34 largest U.S. cities, the median rent costs more than 100 percent of the monthly take-home pay for employees earning minimum wage.

To see how the cities stack up across the country, click here.

Of the 16 cities where median rent requires more than 100 percent, the minimum wage ranges from $7.25 to $15.59. At the lower end with a $7.25 wage is Indianapolis, Atlanta, Philadelphia, Charlotte, and four major Texas cities – Austin, Dallas, Houston, and San Antonio.

With four of Texas' major cities landing among the top 10, Texas was the most represented state in the top 16.

RELATED: Graduates from these Texas universities are earning the most

"The obvious look is minimum wage," said Christopher Horymski, a senior research analyst at MagnifyMoney. "That's already a constraint which makes rent as a percentage of take-home pay above 100 percent in all these places."

Horymski also noted that Texas is a "relatively expensive place to rent."

Chicago was the most affordable city on the list with a minimum wage of $13 - only 69 percent of take-home pay was required for monthly rent.

"Rents are going up and probably in most, if not all, municipalities faster than the cost of living for other goods and services," said Horymski. "There is an increasing demand for rental property and less rental property to go around."

MagnifyMoney examined 2019 data from the Joint Center of Housing Studies and the Economic Policy Institute, looking at 34 U.S. cities with populations of 300,000 or more in 2018. By assuming 16 percent withholding in Social Security, Federal Insurance Contributions ACT, Medicare and federal income tax, MagnifyMoney estimated the take-home pay after payroll taxes for each city as part of its methodology.

Since the data was first pulled, the minimum wage may have been adjusted in some of the cities MagnifyMoney analyzed.