Bree Clarke acknowledged that she failed to pay people in some of her business dealings, and she apologized for how she's treated people and spoken to people. 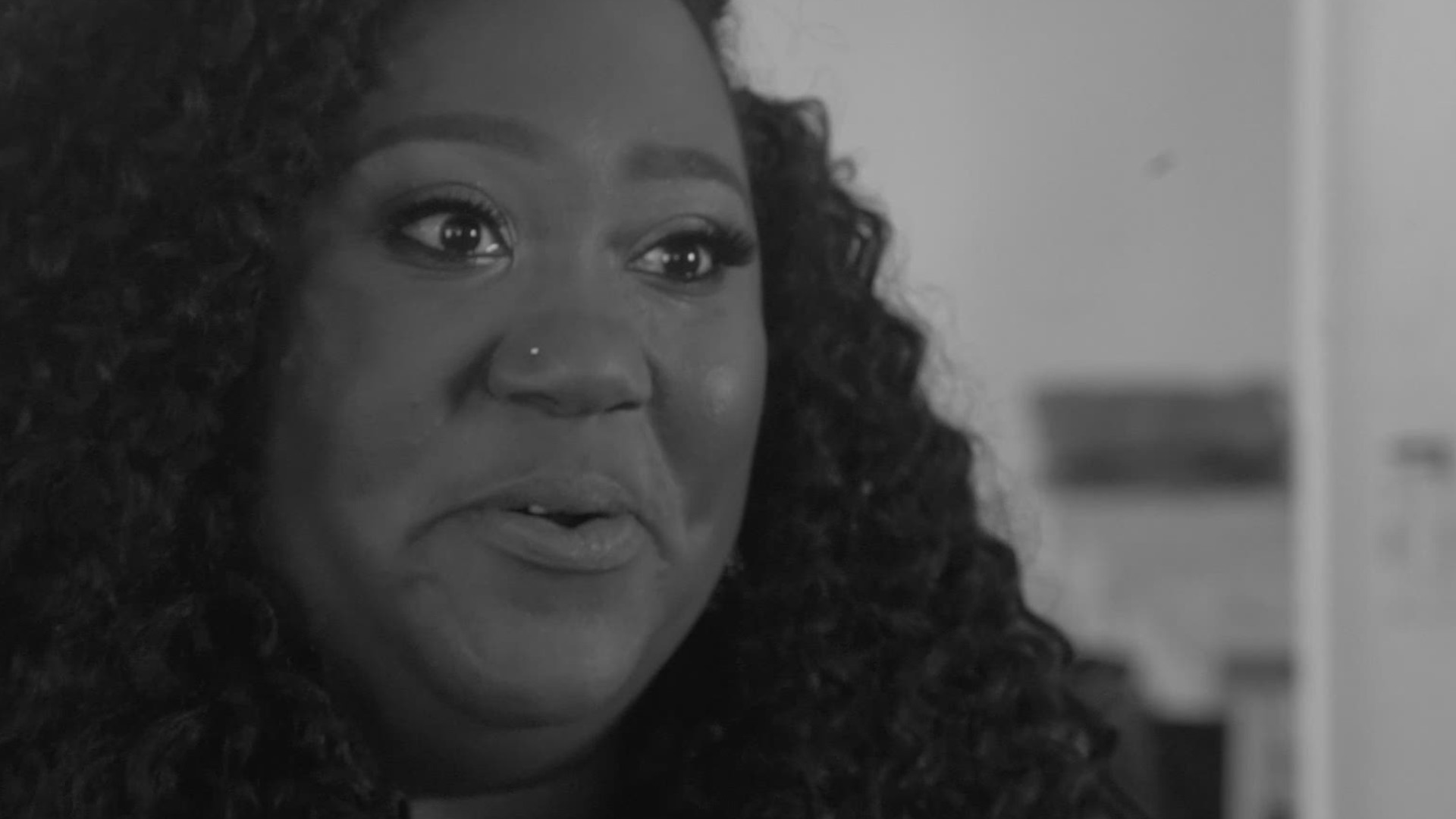 It's nearly impossible to be in the local business or non-profit worlds in North Texas and be unfamiliar with The Iman Project or its founder and CEO Bree Clarke.

But three weeks ago, a photo was posted to The Iman Project's Instagram page - which has more than 80,000 followers - that strayed from the the usual array of colorful bouquets and snapshots from community workshops and events.

It was posted the same day Kim Stephens Olusanya, who runs a non-profit and multiple businesses in Dallas, went to Instagram Live to tell her story of her interactions with Clarke. She accused Clarke of not repaying her money that she lent her and mistreating her in their interactions.

"I considered her a friend," Olusanya said. "A really close friend. A sister, actually."

Olusanya said she and Clarke met four years ago at a dinner party and have been close ever since. She said they've worked together for multiple events and that Clarke allowed her to rent her space and helped her with marketing.

"My impression of her was truly this person that was building tables for everyone, making room for everyone. Everyone has a seat at the table," Olusanya said. "That is truly who I thought she was."

She said she lent her $5,000 as a personal loan and gave her two additional payments of $2,500 each for an event she planned to sponsor that was never put on.

"When it was time to start making payments, the tone changed completely," Olusanya said. "Even just how she addressed me or wouldn’t answer my phone call or wouldn’t respond or that kind of thing."

Olusanya said she's had friends not pay her back before and still managed to maintain her friendships. She said she decided to sue Clarke for $10,000 because of the hostility of their interactions.

"I sued her to say, 'This is unacceptable how you're treating me. I'm a person of value and worth, and you're making me feel less,'" Olusanya said.

After Olusanya's Instagram live video on July 1, she said she received nearly 200 emails from business and non-profit owners in DFW who apparently shared a similar experience. Some other business owners, like Amber LaFrance of Culture Hype, took to their social media to share their own stories. Hundreds of people commented below them, many stating they'd had similar experiences with Clarke or know people who did.

"It was difficult to go public with Bree, but then when I saw the volume, it was actually very easy," Olusanya said.

She said had heard a few stories before her video from women who worked with her sister - who also runs a small business in Dallas - and that she wasn't aware there were so many more.

Olusanya said a majority of the women who told their stories are white, and that she was told they did not feel comfortable speaking out against Clarke out of fear of being labeled racist.

Olusanya, who is Black, said she felt that she had to speak out because her race could not be used against her.

"I can't say that I'm here to empower women that have been abused, I can't say that, if I'm aware that these other women have been financially abused, verbally abused and were scared into silence," Olusanya said. "The weapon that was used against them was race."

Clarke initially agreed to do an interview on the same day as Olusanya, but cancelled 20 minutes before the scheduled time.

However, in addition to her Instagram apology posted on July 1, she provided a full statement.

In both, Clarke acknowledges that she failed to pay people in some of her business dealings, and she apologized for how she's treated people and spoken to people.

She said, in her statement, that she's reached out to the people she owes money in a private space and repaid them. She also stated she repaid a $4,000 loan in full, in reference to money owed to Olusanya. Olusanya confirmed Clarke paid her $4,000 the day before her interview. However, though Clarke's statement says she's repaid her debts "in full," Olusanya said Clarke still owes her money.

"I have not always been the best person. I will be the first to admit this. In many moments I have lacked humility when it comes to my actions & words. This is something I have fallen short of and must work on. These un-favorable traits within myself is something that I am taking actionable steps to correct and grow from. Growth is a process. Growth does not discredit experiences or lessons and it is part of everyone’s life journey," the statement read. (Scroll down to read the full statement)

Clarke shared screenshots of messages and comments she received following her apology. While there were many messages of support commending her honesty, many others were very critical the timing and method of her apology. Clarke said she's received threats and nasty messages.

She also sent screenshots to WFAA of paid invoices to multiple clients.

In response to claims that she used race to keep other business owners from speaking out about their interactions, the statement said this, "Words hold much power, and my words hold much power. Power that I would never 'abuse' or 'weaponize my race' and for many reasons."

The Iman Project's Instagram account features multiple highlight reels titled "Racism." Many of the posts feature articles and information about social justice and calls for equality. There are also posts sharing interactions on social media, calling out different business and non-profit owners, labeling many as white supremacists.

"I'm an aggressive Black woman," Olusanya said. "I run male-dominated companies. You can do that ethically and not have people scared."

Olusanya said, despite Clarke's apology, there is a lot of hurt within the tight-knit community of small business owners that needs to be addressed and healed.

"Some of those ladies, unfortunately, that is their only source of income," Olusanya said. "There are businesses that had to close because she refused to pay them. How do you pay that back, actually? A lot of the women I spoke to are single mothers. It’s how they’re providing for their families…their kids.”

Olusanya is working with other women to host an event, The Collab Festival, this Saturday to support other small businesses as part of their effort to rebuild and move forward. She said they are working on planning business classes, offer legal support and provide resources to educate small business owners and help them protect themselves.

"We really want to give these ladies an opportunity to recoup their money and give them some marketing and just kind of give them a push forward," Olusanya said. "Now, someone will be less likely to not pay a small business. I want people to be uncomfortable and feel like someone is going to turn them in if they’re stealing. It’s just not okay."