The Taylor City Council and Williamson County Commissioners Court are holding a joint special meeting Wednesday to discuss the development. 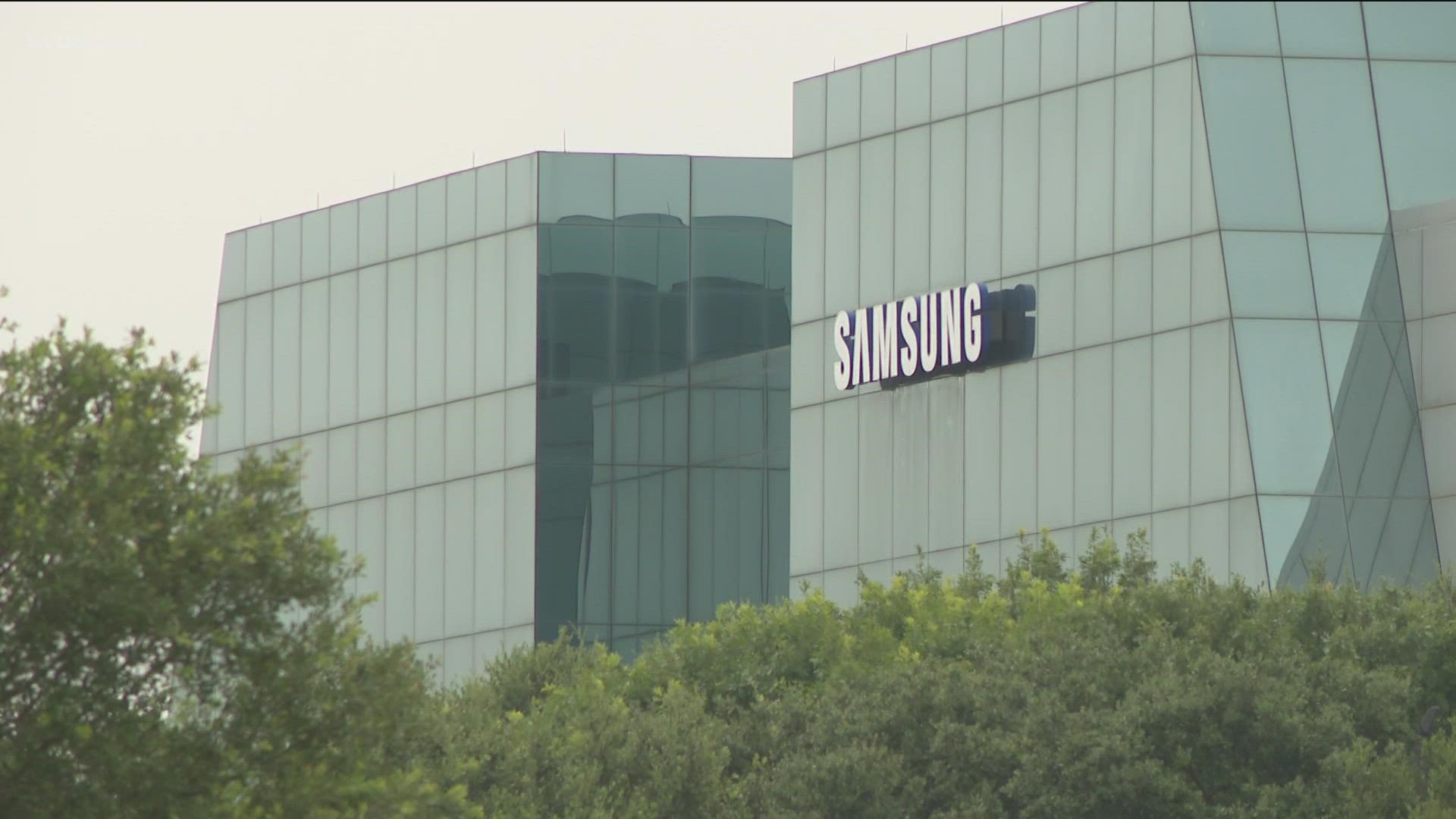 TAYLOR, Texas — Samsung is denying reports it chose Taylor as the destination for its new $17 billion semiconductor manufacturing plant, but the Taylor City Council and Williamson County Commissioners Court are holding a joint special meeting Wednesday to discuss and take appropriate action to support the development.

Taylor is in the running against Austin to get the new plant. Samsung Austin Semiconductor LLC’s plant is expected to bring 1,800 jobs directly to Taylor.

"No decision has been made by Samsung on a site for a potential expansion," Samsung said in a statement to KVUE. "All sites are under consideration and each community is performing the appropriate due diligence to put themselves in the best position for this opportunity. The actions by Williamson County and City of Taylor are part of their due diligence. We are honored to have such thoughtful consideration from all of the sites."

Resolution No. R21-30 on the City Council's agenda says it’s “a matter of national security that the manufacturing of semiconductors be in the United States to decrease our country’s dependency on foreign nations.”

"This is a huge win for the region," Ed Latson, who leads the Austin Regional Manufacturing Association, said of the prospect. "Whether or not it goes at their current site now or if it goes to Taylor, I think most people wouldn't experience any difference."

Latson added the area between Hutto and Taylor has been a spot many have eyed for development.

"There's a lot of land out there, a lot of room to grow," Latson said. "It's definitely an area that's going to see a lot of expansion over the next few years, regardless of any announcement that Samsung might make."

The joint meeting is set to take place at 5 p.m. at the Taylor ISD Event Center on Sept. 8. It is open to the public.

New York and Arizona are also in the running for the location of the Samsung plant.

In July, Samsung filed an application with the Texas comptroller’s office for an incentives deal with Taylor ISD. The deal would provide Samsung with a $314 million tax break over the next 10 years under the Chapter 313 agreement.

According to the application, construction on the 6 million square foot facility would begin in January 2022. Production is expected to be "up and running" by the end of 2024.

VERIFY: Is Moderna better at preventing breakthrough cases than Pfizer?

Over the weekend, there were zero staffed adult ICU beds available in the trauma service area that includes Austin