Trash and overcrowding are two growing issues impacting natural areas across the region. 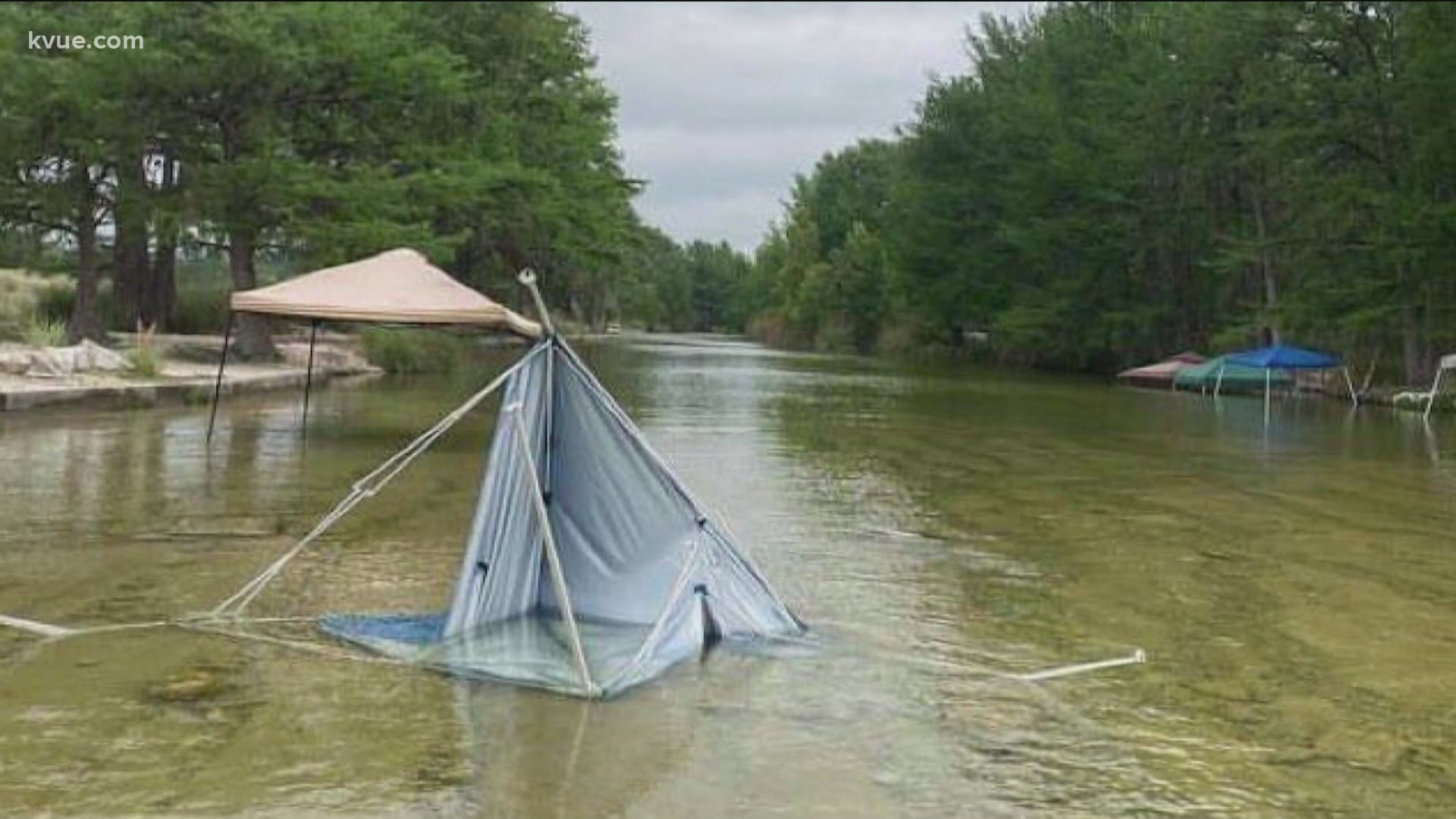 AUSTIN, Texas — Some local environmentalists and longtime Austinites are worried that the tremendous growth in Central Texas is now causing some natural areas to be overcrowded and covered in litter.

After the holiday weekend, some trash and tents were left behind in popular hiking and camping locations across the area.

Longtime Austin resident Matthew Guthrie runs the Instagram page @HikeAustin, where he has been able to create a community by capturing the natural beauty of Austin and the surrounding areas.

"As I've gotten older, I've realized the impact we really have on these spaces. In Texas, so much of the land is private. There's actually only [a] few parks in consideration with how much land there is here and with all the growth," Guthrie said.

He said over the years, he has seen how these natural spaces have been "hit hard" by the overwhelming growth.

"Maybe it will incentivize some private landowners to open up what they're doing a little more. I mean, if you were some rich rancher and donated some of your land, you would be a legend right now. People want this," Guthrie said.

Some Austin residents have expressed frustration with how quickly natural areas fill up and how some now have to take reservations.

"Good luck trying to camp out at Colorado Bend Park or Pedernales Par. Now you have to book something three to four months in advance," Guthrie said.

Learn more about the City of Austin's latest efforts toward expanding and renovating natural areas. Click here to learn about the ongoing statewide anti-litter effort.

WATCH: Defenders: Toxic algae may be a side effect of development

Who are the donors behind the governor's border wall fundraising campaign?

One dead after fall at northeast Austin construction site