The United States Census Bureau released new data Thursday. It says Austin's population grew 171,465 since 2010 but is still under one million. 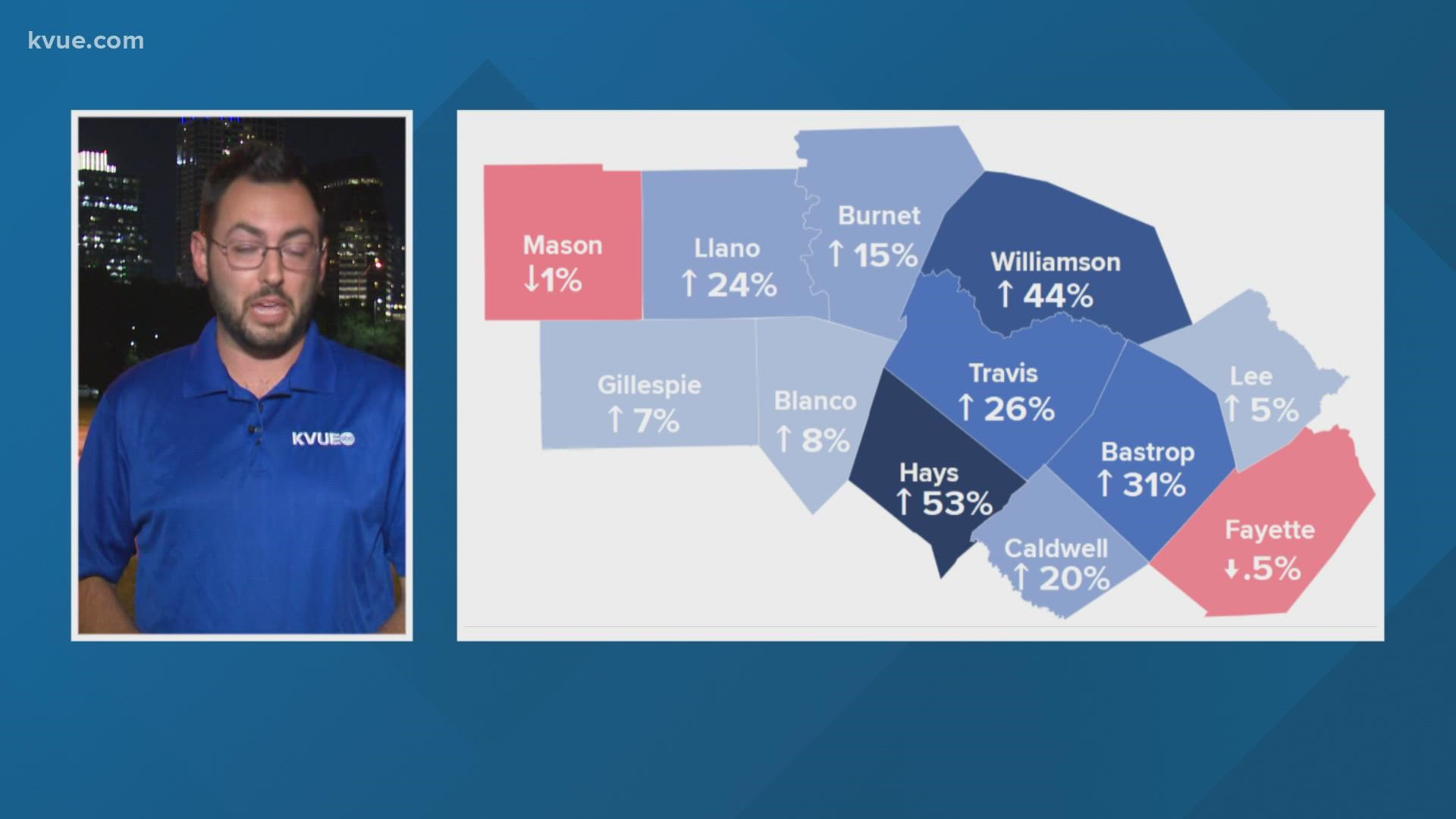 The United States Census Bureau released new data Thursday regarding the 2020 census. The 2020 population is smaller than the estimated 2019 one. The census estimated Austin’s population was sitting at 978,908 in 2019.

Travis County’s population is over one million at 1,290,188 people, according to the data. This is a 26% change from the population in 2010. Most of the surrounding counties grew to some degree as well, with the exception of Mason and Fayette counties.

City of Austin Demographer Lila Valencia said her office will use this data to determine where growth is occurring among neighborhoods and communities.

"We'll be able to understand and to see where more diversity is taking place and what parts of the city, what areas of town are growing more? Who's driving that growth?" Valencia said.

According to Census Bureau data for the City of Austin: the non-Hispanic white population grew the most over the past decade. However, the non-Hispanic Asian population gained a bigger percentage than other minority groups along with having the second-highest influx of residents.

Austin has not seen a growth from decade to decade under double digits since population was first tracked in 1840, according to a report from KVUE's media partners at the Austin-American Statesman.

These number from the census will determine the number of elected office seats across the U.S. The data will also play a large role in redistricting efforts.

Change.org petition hopes to get City of Austin to cancel ACL Fest 2021