Of the 19,000 American Airlines employees being furloughed nationwide, almost 3,300 are based at DFW Airport. 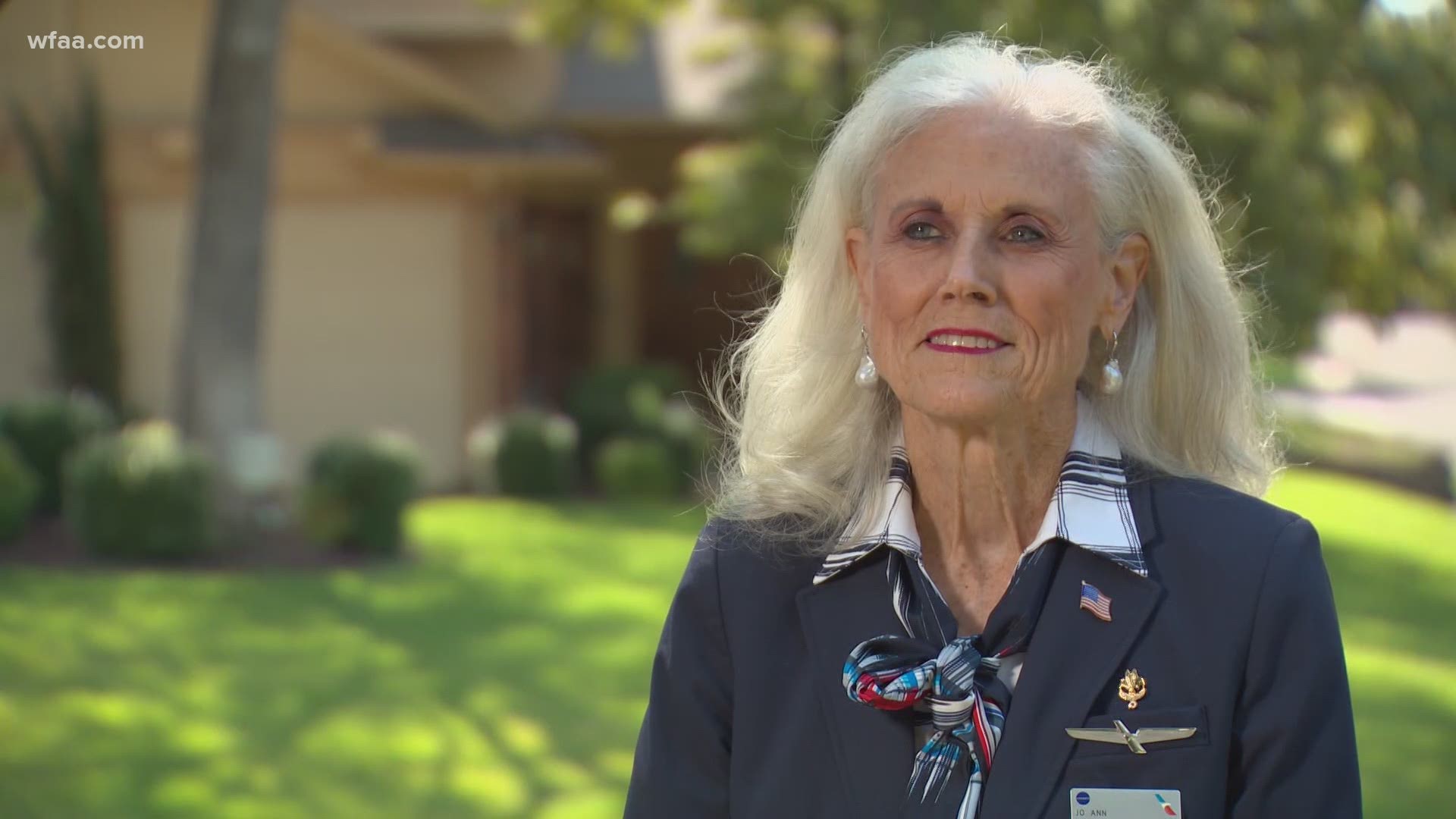 FORT WORTH, Texas — Billions of dollars in federal aid saved thousands of airline jobs in 2020.

But the aid expired at midnight Thursday without Congress approving any additional funding.

And the fallout was immediate.

Fort Worth-based American Airlines announced 19,000 employees across the country would be forced to take furloughs. Those layoffs, which the company hopes are temporary, began Thursday. United Airlines is furloughing 13,000 employees.

American said about 3,290 of its impacted workers are based at DFW Airport.

American Airlines pilots are represented by the Allied Pilots Association.

The APA said nationwide it expects 1,605 American pilots to be furloughed over the next three months, with the initial wave of 880 furloughs beginning Thursday.

The APA said 396 of the pilots to be furloughed are based at DFW Airport.

American’s flight attendants are represented by the Association of Professional Flight Attendants.

APFA Communications Director Paul Hartshorn said he expects about 8,100 flight attendants to be furloughed system-wide, with 2,022 of the cuts hitting DFW-based employees.

“This needs to be fixed,” Hartshorn said. “Keep talking and get this passed because we cannot have these people lose connections to their health care and wages right now in the middle of a global pandemic.”

The cuts are in addition to layoffs that already took place at American's corporate headquarters.

There are also expected to be furloughs at subsidiaries of American Airlines.

Hartshorn said most Republicans and Democrats agree more funding is needed, as do the unions and airline executives. But how much funding and how to distribute it is the point of contention.

The unions have encouraged members to call Congress to lobby for action.

Hartshorn said it was “incredibly disappointing” to witness politics costing people their jobs.

One thing that saved a few jobs was the selflessness of airline employees like JoAnn Moore.

She retired Thursday after more than 48 years as an American Airlines flight attendant.

“I was holding out to get to 50 years, but with things they are right now I decided it was right to save somebody else’s job and move on to my next chapter,” Moore said.

She said American’s early retirement package was solid, and through prayer and heartfelt talks with her family, she decided the right thing to do was to end her career to try to save someone else’s.

“To have it end this way was very, very emotional,” she said. “But they have families to take care of. They’re desperate."

American experienced job cuts after the 9/11 attacks, while it was in bankruptcy and through its merger with U.S. Airways, but Moore never suffered a furlough.

But she has friends who are now not as lucky as she always was.

“To have that many people still being furloughed is just unimaginable,” she said.

Her final day on the job was a difficult day for aviation across North Texas, but Moore spent a few minutes reminiscing about happier days in the air.

One of her favorite memories involved Elvis Presley.

She’d been warned by flight attendants who were getting off the plane that he was on board.

She worried she wouldn’t recognize him, but the moment she and fellow flight attendants heard his voice, “We screamed like little children and ran to the back of the airplane!" she laughed.

That was before cell phones, so there aren’t any pictures of her brushes with him or other celebrities she flew with - like Dolly Parton and Willie Nelson.

But she has 48 years of memories and a hopeful heart that as her career ends, others are just temporarily grounded.