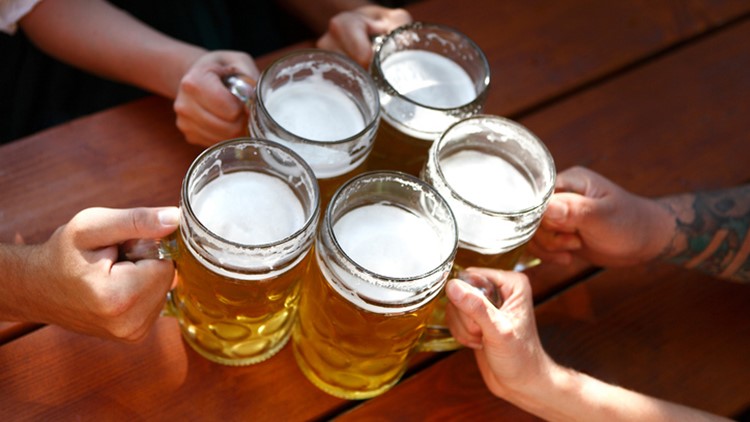 Do more degrees correlate with a bigger bar tab?

A recent data analysis reiterates that the amount you drop on alcohol tends to be tied to your education level.

Visual Capitalist looked at data from the Bureau of Labor Statistics that shared income and expenses for Americans in 2017.

RELATED: These are Dallas’ most popular happy hours

Past BLS data has shown the same, and that the amount spent on alcohol outside the home is 600 percent greater for people with higher levels of education.

Data could be skewed by non-drinkers, NBC News reports, since a Gallup survey discovered drinking is less common among those who don’t pursue college degrees.

The difference could be linked to social calendars, too. Gallup pointed out those with higher education and incomes have a greater tendency to take part in events likely to involve drinking, like dining out, after work socializing and vacations, reports MarketWatch.

RELATED: 30 brunch spots to try in North Texas this weekend

Millennials and Gen Zers are drinking less than previous generations did at their ages, attributed to health concerns regarding booze, favoring marijuana or awareness of social media’s surveillance culture. Business Insider reports some alcoholic beverage brands are emphasizing wellness and marketing to athletes or those following paleo or keto diets.

And there’s been a greater interest in low or no-alcohol beers as the “sober curious” seek innovative beverage options.

Market research group IWSR’s recent report shows worldwide alcohol consumption decreased from the year prior. The global market in 2018 was just over $1 trillion, and the IWSR expect that to grow 7 percent by 2023 since consumers are increasingly reaching for drinks with quality in mind.

Residents of New York City, Minneapolis and Miami spend the most on alcohol, at more than $116,000 in an average lifetime, while those who live in Birmingham, New Orleans and Memphis spend the least. Birmingham residents spend an average of $58,000 during a lifetime.

RELATED: Disneyland is now serving alcohol for the first time

The analysis notes some cities drink more — like Indianapolis — but drinks cost less there, while in San Francisco, for example, people are having fewer, more expensive drinks. It also determined residents of these major metros could save between $268 and $507 per year by cutting their drinking 25 percent, per Alcohol.org.