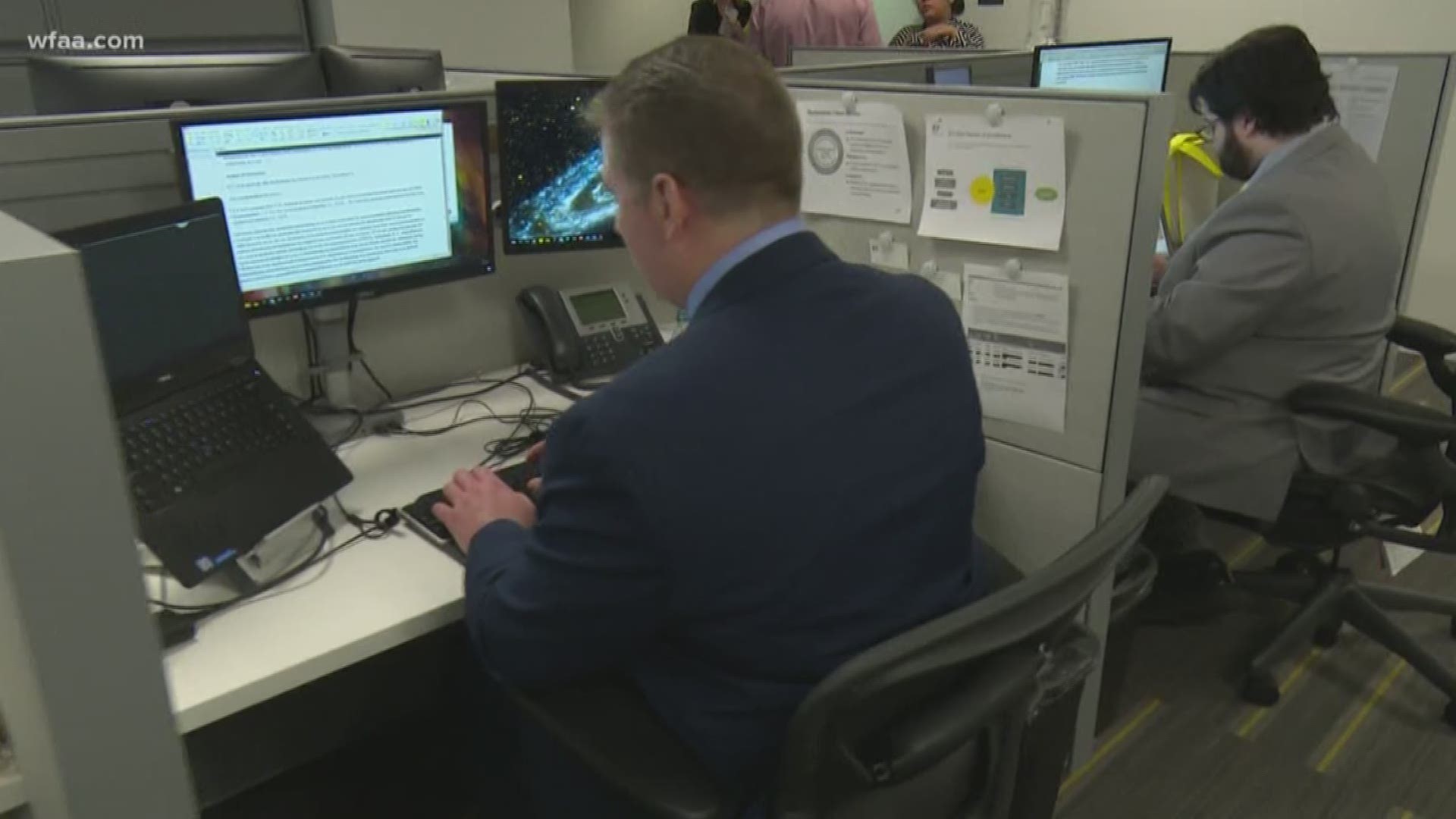 Finding the best and brightest workers is the goal of professional services company EY, and with 260,000 employees across the globe, it's a search that takes them across the world.

Yet two years ago, they found a talent pool often ignored and dismissed by many employers.

“We identified a huge population of very bright, well-educated people,” EY's Dallas office managing partner Michelle Vopni said. “Their IQs were high and they had graduate degrees in their field.”

But despite their acumen and qualifications, those workers had jobs they were overqualified for or even unemployed. Vopni knows why.

“The way they communicate or express themselves is different from others," she said.

She is talking about workers on the autism spectrum. Though qualified and intelligent, difficulty with communication or job interviews might leave them overlooked and passed over.

Christopher Morris is one of those workers. He was diagnosed with autism when he was 30, and finding stable work was a challenge even though he studied computer science and mathematics in college.

“I had trouble answering questions about my career history and it was hard convincing employers to take a risk on me,” Morris said.

Last year, Morris was hired at EY as part of their Neurodiversity program as an account support associate. The pilot program started at EY's Philadelphia office in March of 2016. Now more than a dozen employees on the autism spectrum work out of their Dallas office.

Hiren Shukla, a Neurodiversity leader for EY, said the program has been a success and helps the company hire employees that can contribute in ways others cannot.

“Diversity brings better solutions and problem-solving skills,” Shukla said. “The ability to look at problems in different ways, shapes, and forms. That is what we want to harness.”

According to the National Autism Indicators Report, just 16 percent of autistic adults surveyed said they had full-time work. But more than half of those with work said they had skills and capabilities above the work they were doing.

James Hudgins spent time working in retail and as a history teacher before being hired by EY. He is also an account support associate who believes his background and ability can provide a valuable resource.

“If something is a cookie cutter now, I am here to break the mold and make it work faster and better,” he said. “I am different, yes, but my differences are my strength.”

Though EY says they have found a mine of talent, they do not mind if the secret gets out. Vopni believes companies have to be more deliberate with job postings and interviews.

“We've been trying to share this with other companies," he said. "We do not want this to be a trade secret."