'It would really hurt the city': Fort Worth owes the state millions after tax issue, could impact police funding

The City of Fort Worth's general fund and CCPD could face cutbacks for years to come. 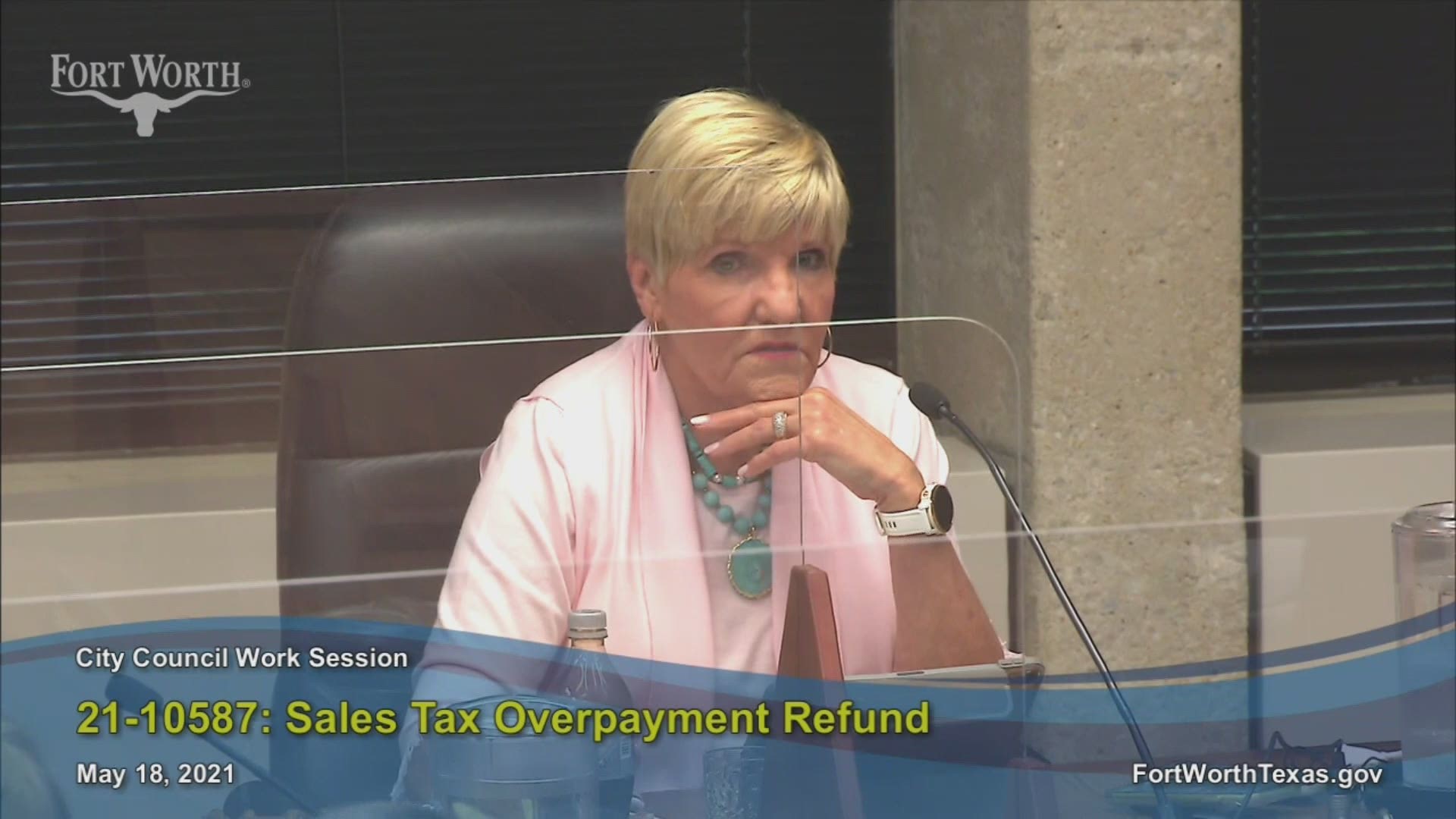 FORT WORTH, Texas — City leaders are facing an unexpected money problem that could impact the general fund and supplemental police funds for years to come.

“It would really hurt the city and the CCPD,” said Betsy Price, Fort Worth mayor.

The City needs to pay $18.6 million back to the state, after a single taxpayer overpaid taxes between 2008 and 2017, according to this report to the city council.

Price said the city didn’t find out it had to pay the money back until four years later, after the state comptroller’s office settled with the taxpayer.

“The problem with this is the comptroller’s banned from telling the cities there’s a pending lawsuit,” Price said at the May 18 City Council work session. “We get no notification on this.”

City leaders are not even supposed to know who the taxpayer is, Price said.

Now, city leaders are trying to figure out how to pay the state approximately $12.4 million from the general fund and $6.2 million from the Crime Control and Prevention District, which recently launched more community-based programs in the wake of the COVID-19 pandemic and the murder of George Floyd, according to former police chief Ed Kraus.

In August of 2020, Kraus announced a reduction in CCPD funding for equipment, infrastructure and enhanced enforcement, and an increase of about $1.7 million for community programs, after-school programs as well as to train and certify all officers as mental health peace officers, and create a team of civilians to respond to non-violent calls like the one that resulted in the death of Atatiana Jefferson October of 2019.

The city’s next mayor will have to deal with the possible cutbacks.

Deborah Peoples and Mattie Parker are currently in a run-off to replace Price, who is not seeking reelection.

"We can't risk taking money away from these critical public safety programs like community-police neighborhood patrols, the Civilian Response Unit, and crime prevention initiatives,” Peoples said.  “After my 30 years of executive experience, I know we can't afford to take short cuts and let our neighborhoods pay the price for the state government's mistake."

Parker is endorsed by Price and the Fort Worth Police Officers Association, but on this day the story aired, her campaign manager said Parker was too busy to respond to WFAA’s question.

The City is hoping to work out a payment plan with the state but is already involved in a separate repayment agreement with the state in the amount of $9.3 million from a similar situation from 2011.

In the meantime, current city leaders say paying the state back for the latest agreement could take up to 12 years and are considering pushing for new state laws to prevent similar situations in the future.