Your favorite chicken wing special might cost you more these days. Here's why

Fort Worth's Buffalo Bros. announced this week they'd made the tough decision to raise prices on their wing special because of skyrocketing wholesale prices 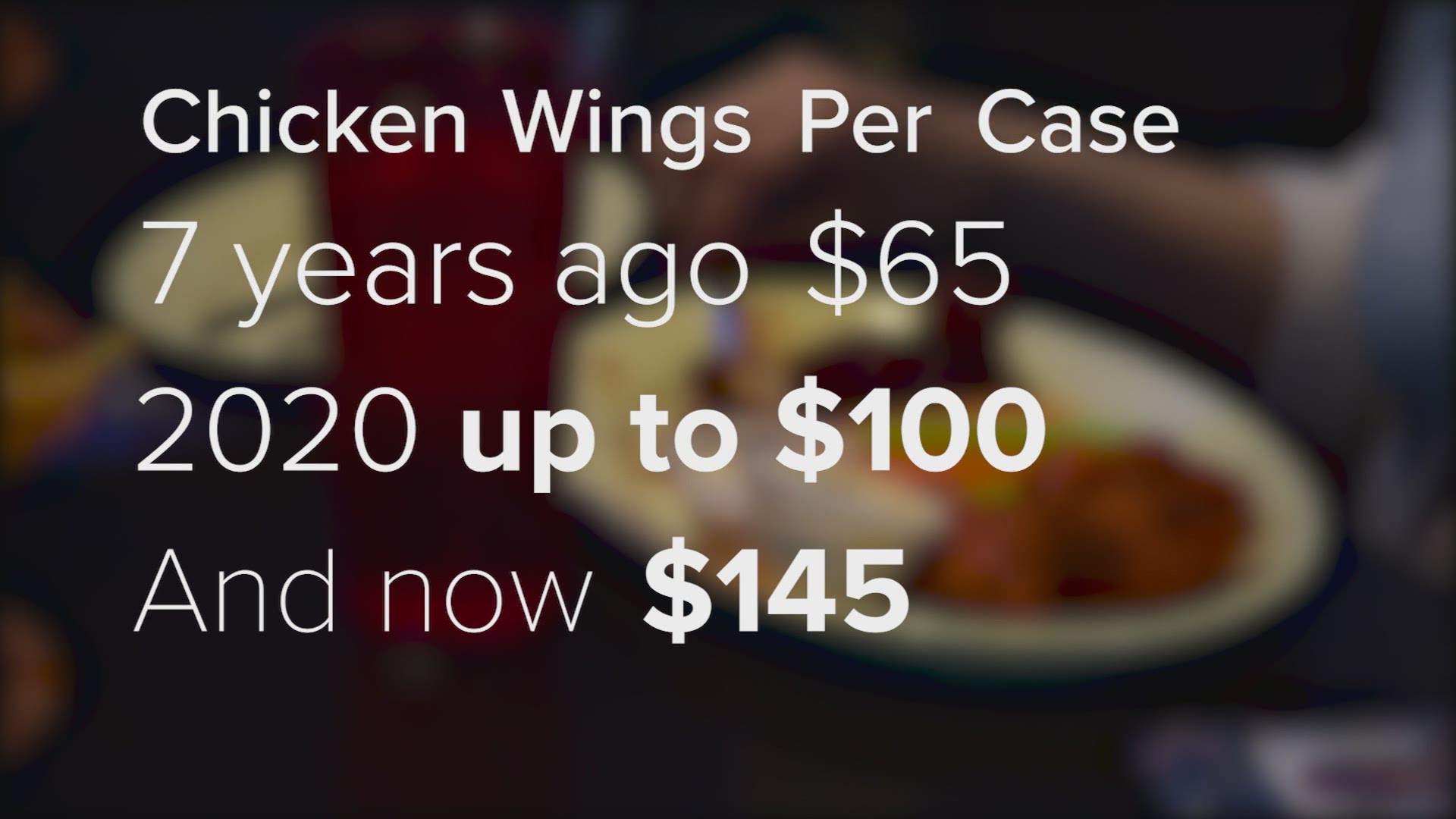 FORT WORTH, Texas — When he moved to Fort Worth from Buffalo, New York, Ed McOwen decided to bring a taste of his hometown to Cowtown. And ever since opening Buffalo Bros. 14 years ago, he's offered the same deal on "Wingin' Wednesdays": 10 wings for $5.

"We're trying to keep it business as normal," McOwen said.

But business isn't normal right now, he told WFAA. The cost of wholesale chicken wings is to blame. About seven years ago, he said a case of the wings was $65. In December, it had jumped to $100. Now, it is $145.

"And they're telling me it's going to continue going up," he said of his suppliers. "We're actually losing money every time someone orders these wings [on Wednesdays]. It just had to change."

McOwen broke the news on Facebook this week, saying after 14 years he'd made the tough decision to raise the price on Wingin' Wednesdays. It's now 10 wings for $8.

Dear Bros family, In 2007, we opened Buffalo Bros on University Dr. to bring the great food from my hometown to the...

So why is the typically affordable snack becoming so costly?

"I think there's a few factors at play right now," said Travis Tokar, an assistant professor of supply chain management at Texas Christian University. He and others say there is currently a high demand for chicken wings; some believe the pandemic heightened it. There are other reasons too, Tokar said.

"A rising cost of feed, so grain prices have been going up, but probably more than anything would be a labor issue," he said. "So there's a shortage of labor overall affecting not just chicken producers but factories, transportation providers."

RELATED: These places in North Texas hiring right now. Here's how to apply

Buffalo Bros.' supplier Nick Anderson with Ben E. Keith agreed that labor challenges are a driving factor right now. He also mentioned that the winter storm had a big impact on chicken farms. That was echoed by the National Chicken Council Thursday. Spokesman Tom Super said it's not a shortage, but rather a "very tight supply."

"Chicken producers are doing everything they can to overcome the devastating impact of Mother Nature when she inflicted the once-in-a-lifetime winter storm on Texas and nearby states – major chicken producing regions," he wrote in an email.

McOwen just hopes customers understand and keep coming back for a true taste of Buffalo.