A self-proclaimed fragrance connoisseur, Alexia Hammonds pitched her hair mist idea to a perfumery in France, which bought into her story. 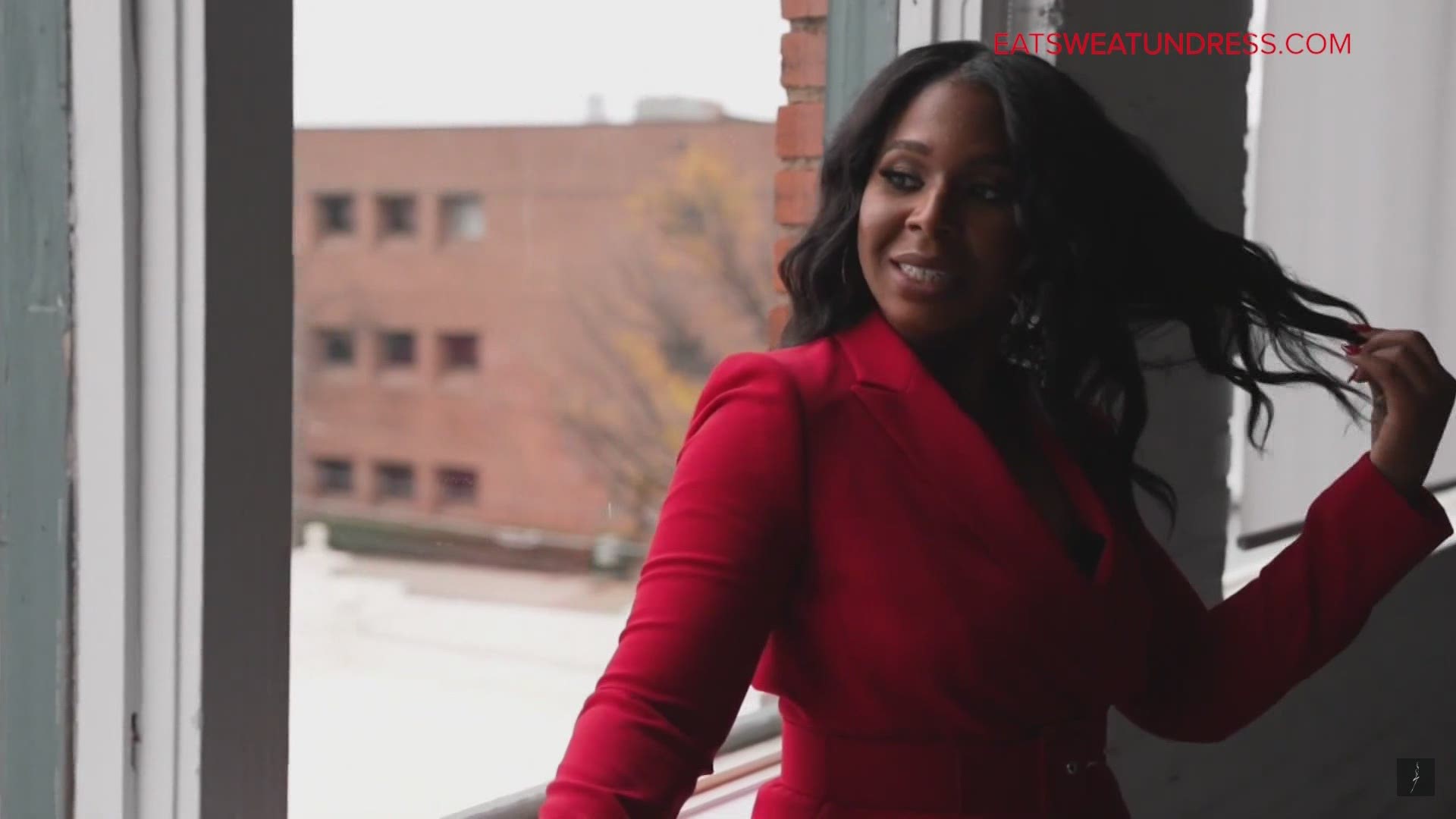 DALLAS — Eat. Sweat. Undress. was originally the name of Alexia Hammonds' blog, but the North Texas entrepreneur transformed her webpage into a hair mist brand.

She said decisive action during times of uncertainty can propel a business past the competition in #UpWithHer.

Fifteen years in fitness and beauty, Alexia Hammonds' time in and out of fitness studios sparked her idea.

She decided to launch a hair perfume mist. A less saturated market, Alexia believes hair fragrance is a strategic way to build her brand.

"To come in as a small, indie company with a limited budget trying to get your product out there it was going to be hard," said Hammonds.

"People are still trying to understand why I should use a hair mist instead of a perfume, so I have the opportunity to be the educating voice behind that and buy in and trust my brand and choose my fragrance," said Hammonds.

A self-proclaimed fragrance connoisseur, Alexia pitched her idea to a perfumery in France.

"They cut me a huge break because they really bought into the story behind my fragrance names, and they were curious about this girl from Atlanta now living in Texas," said Hammonds.

The partnership made her the first Black woman to create any kind of fragrance in Grasse, France.

"They send you your first sample of what they think you mean, and you go back and forth. Usually that process you are there with them in Grasse, in the lab, I couldn’t be there. We had to do countless ZOOM calls," said Hammonds.

She smelled 315 formulations before narrowing it down to five fragrances.

"I have one called Dallas, and it is an ode to my love for the city. We have Carnal Four, you guys look up carnal! I won’t go into that," said Hammonds.

All of the mists are meant to make women feel confident.

"I was really happy when they told me you are one of the easiest people that we’ve worked with because you really knew what you wanted. You knew the timeline and you work fast, quick turnaround times," said Hammonds.

She said that saved her business a lot of money. Hammonds said to not waste money or time, know your consumer and price point early.

"Be humble, be open to what you don’t know. Make sure you surround yourself or have people you trust that can give you feedback in areas that can strengthen your weaknesses. But also know that this is your vision and don’t let anyone take you away from your vision. You must be strong in your vision," said Hammonds.

Hammond said alcohol content in regular perfume is too high, drying out or damaging hair.

She said her hair mist is safe for all hair types from Brazilian blowouts to dreadlocks, course or curly hair.

She intends to launch a home fragrance. You can learn more about all her hair fragrance mists at eatsweatundress.com.