The Uber CEO, the Texas governor and Dallas leaders celebrate the ride-sharing company's commitment to the city. 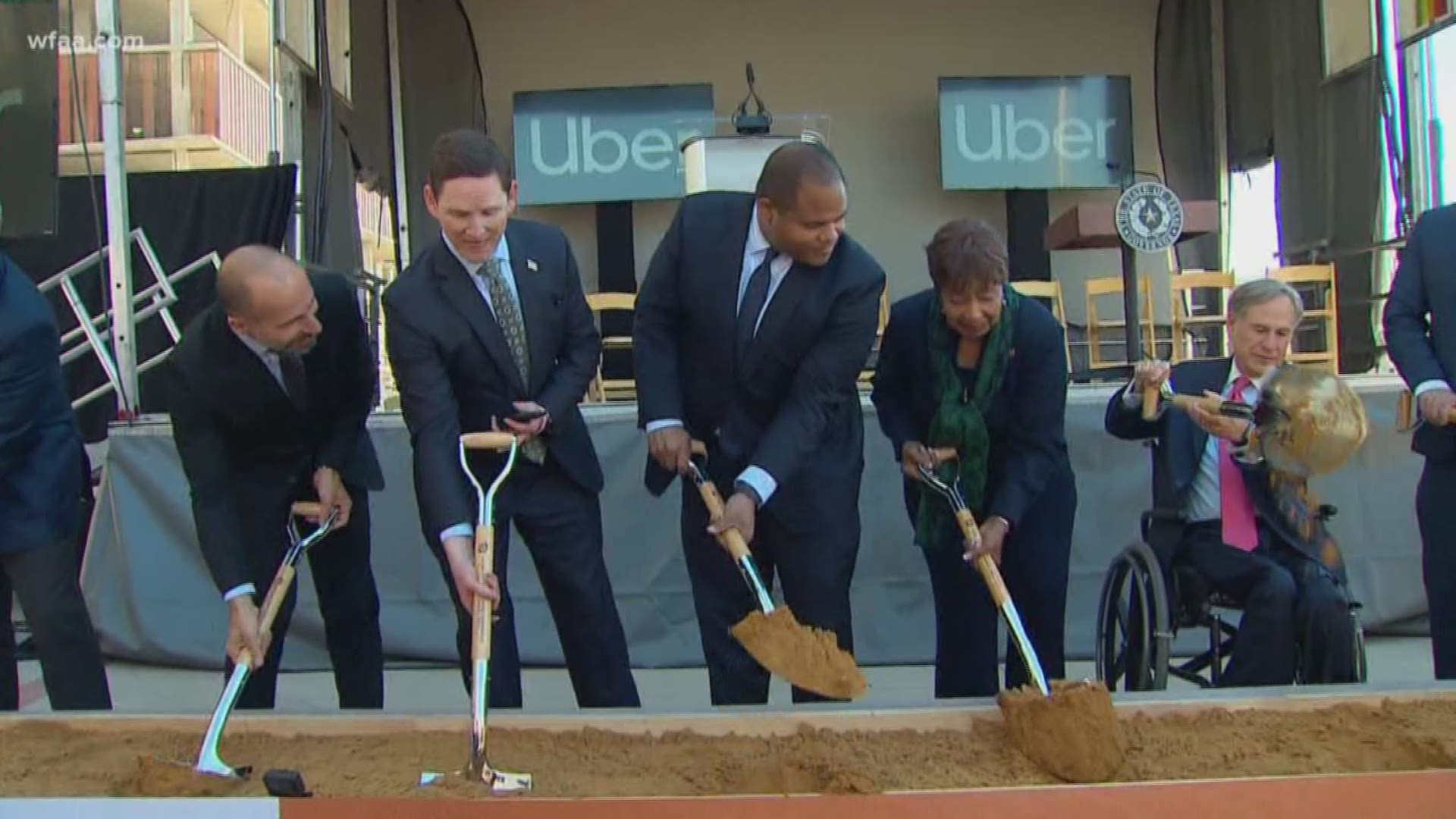 DALLAS — Five nonprofits are among those celebrating the growth of Uber in Dallas as the company announced Friday that free rides will be part of its thank you gift as it expands its hub in the Deep Ellum neighborhood of the city.

The company's Community Impact Initiative is giving grants to nonprofits to provide free transportation to those who have doctor visits and job interviews.

Human Rights Initiative of North Texas, Jubilee Park and Community Center, Empowering the Masses, Paul Quinn College and The Family Place are among the 73 grant recipients in the U.S. and Canada.

Uber Chief Executive Officer Dara Khosrowshahi announced the initiative at the groundbreaking ceremony at the company's new Dallas home at the newly-built The Epic office tower in Deep Ellum.

"We are thrilled to start building here," he said.

Hundreds of Uber workers will call the shared office space home while a second tower is built, perhaps by 2022, that will house up to 3,000 Dallas-based Uber employees.

"And let's turn this dirt here today with an eye toward the future and all of its wonderful possibilities," said Dallas Mayor Eric Johnson.

Gov. Greg Abbott celebrated legislative decisions made two sessions ago that provided a consistent framework of rules for ride-sharing companies in Texas. He likened Uber to the pioneers who tamed the Lone Star State.

"Now the story of Uber is much like the story of Texas itself," Abbott said. "Pioneers of new frontiers searching for the land of opportunity. Uber carries that baton another step. Texas is proud to welcome our newest pioneer."

The CEO thanked Texans for part of the success of Uber Eats.

"Texas leads in the percentage of brisket orders," he said as the crowd laughed. "Almost 200,000 orders of brisket alone to your homes. So thank you for that."

The San Francisco-based company is expanding to build a hub in Dallas because it believes the workforce and the work climate are right as it pioneers autonomous cars and promises of cars that fly.

A big step, with potentially big profits for Uber and Dallas, by the newest Texas pioneer.