Oil prices hit its lowest level since oil futures trading began on the NYMEX in 1983. 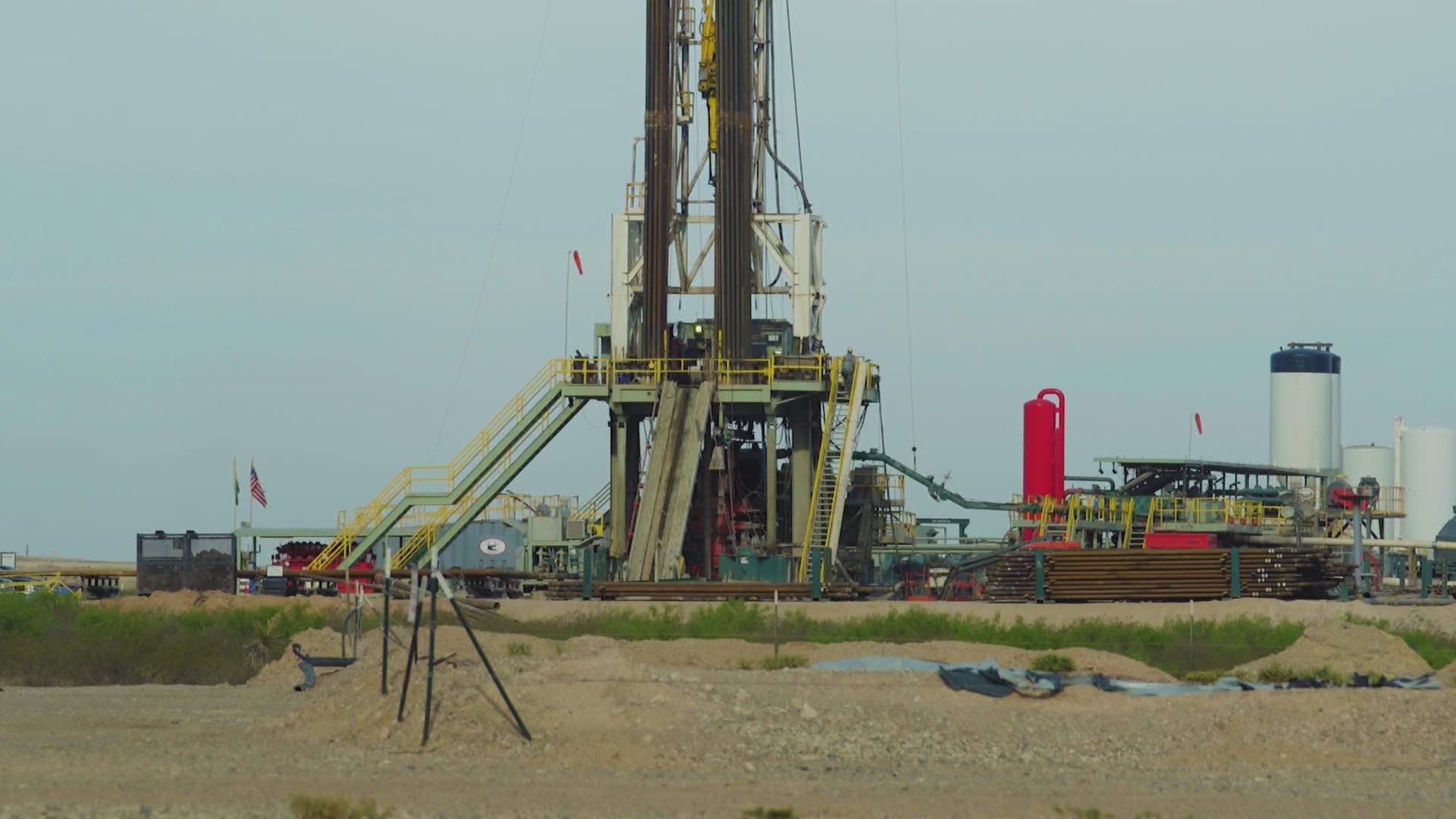 DALLAS, Texas — The State of Texas has likely lost at least $1 billion in revenue since January thanks to dropping oil prices, a Southern Methodist University professor told WFAA on Monday as oil futures trading for the month of May fell below $1.

That historical development and lower prices, no thanks to COVID-19, will mean layoffs, bankruptcies and a lot of harm to the Texas economy, according to SMU Professor Bruce Bullock.

Bullock serves as the director for the Maguire Energy Institute within SMU's Cox School of Business.

"We've been kind of riding down a hill and suddenly it got so steep we couldn't hold on anymore," Bullock said.

COVID-19 has delivered a crushing blow to the oil and gas industry.

Globally, there is a massive surplus and demand is low due to so many countries now dealing with shelter-in-place orders.

"This much drop in demand is unprecedented," Bullock said. "In a normal year, the global economy uses about 100 million barrels of oil a day. Right now? That figure is below 70 million per day."

The price of oil per barrel for May futures started hovering Monday around $20, then by mid-day, it was around $10 until it plummeted to almost -$40 by the afternoon.

A negative dip has never happened before in the US.

Oil futures trading is basically the purchasing of trade contracts at a set price in advance for the upcoming month.

The deadline for May futures is approaching expiration and the negative dip confirmed what many in the industry already knew: most buyers have too much crude oil and nowhere to store it.

"Producers were having to pay people to take the oil off of their hands," Bullock said. "There were probably some people who were able to jump in today who had some excess storage and got one heck of a deal. They either got it for nothing or got paid to take it."

What the oil price drop means for Texans

For Texas, it could gut the oil and gas industry quite a bit. Bullock said if prices don't get to a healthier place, layoffs and bankruptcies are almost certain.

Many of the smaller oil production companies will likely be bought up by bigger players which will weather the storm.

For a normal consumer, cheaper gas will be the most noticeable aftermath.

Sounds great, but Bullock said the economy will take a hit.

"We need around $50 a barrel to be able to produce economically for Texas," Bullock said. "That's a long way off."

Texas makes a ton of money from its oil and gas revenues. It's the largest producer of oil in the states.

Dale Craymer, the president of the Texas Taxpayers and Research Association, has estimated that the state loses $85 million a year for every $1 drop in oil prices.

Bullock estimates that Texas, so far this year, has lost at least $1 billion in revenue from the oil and gas industry.

That means less money for schools, highway projects, and the state's Rainy Day Fund which finances the disaster relief being used to curb the economic impacts of COVID-19.

Bullock said oil prices should rebound and get better as more people return to work, but guarantees are hard to find.

Politically, there is a chance that the government could step in to offer assistance as it has for small businesses and the airline industry.

"If this goes on too long, the industry may need government assistance," Bullock said.

Interestingly enough, China stands to gain the most from America's oil crash.

The country where COVID-19 began, imports a lot of its oil and will be able to buy it for next to nothing as its industries start to work again.

"Clearly this benefits them versus so many other countries in the world," Bullock said. "They will take the opportunity to buy cheaply." 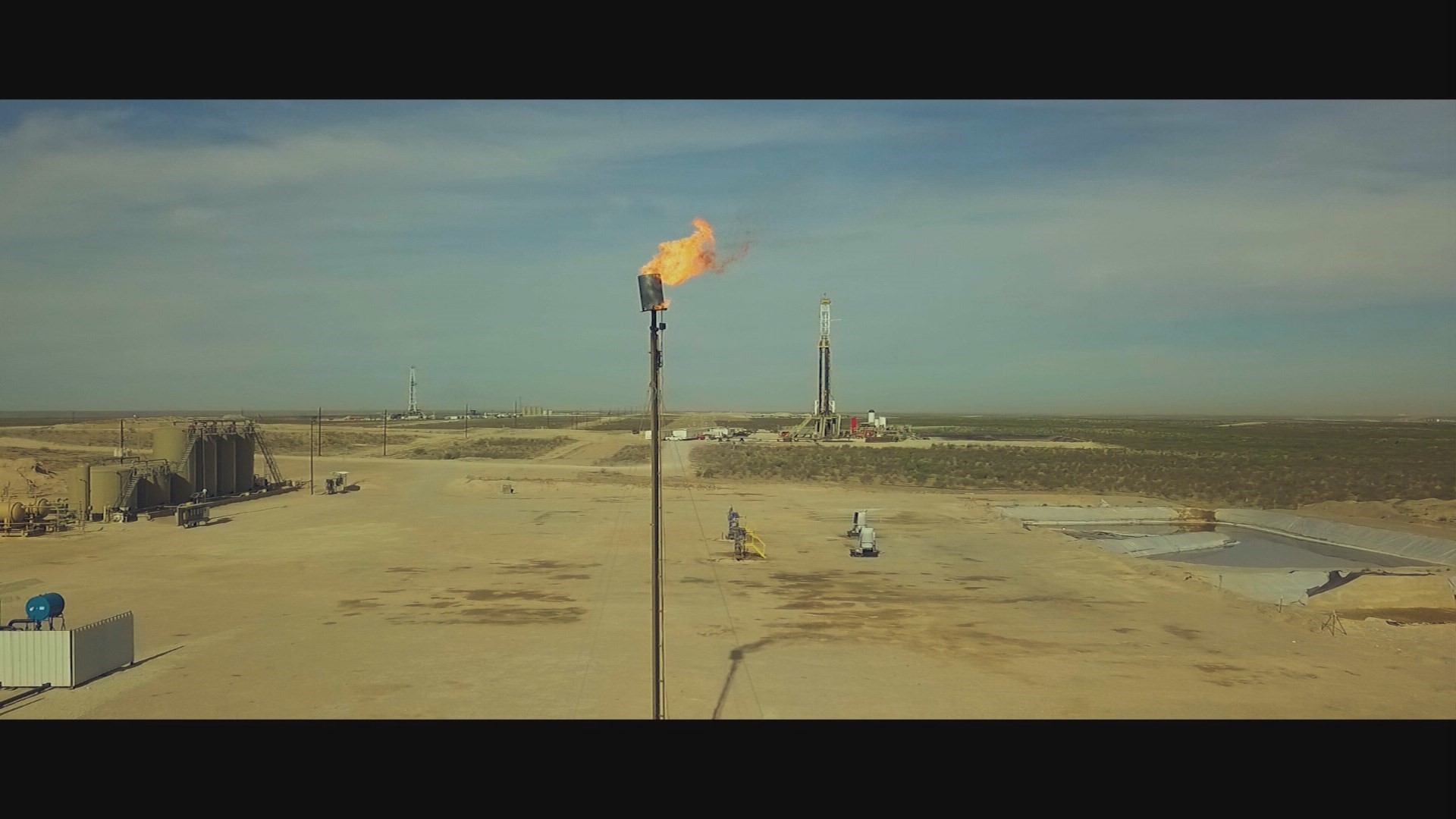