'The main thing is no one was injured.' See the moment an explosion obliterated the KFC in North Carolina

EDEN, N.C. — It's a terrifying moment captured on surveillance video as an explosion destroyed a KFC restaurant in Eden, North Carolina.

Surveillance video provided by Eden Drug captured the moment as everything seems business as usual at first until it wasn’t.

As it explodes, the video captures the bright flash and flames along with scattered debris as it leveled the restaurant.

The explosion occurred Thursday around 12:45 a.m. at the KFC restaurant on North Van Buren Road.

RELATED: KFC Restaurant In Eden Leveled After Explosion, Police Say No One Injured

"We're just so lucky that this wasn't 12 hours different," said Eden Mayor Neville Hall. " [If it happened] at noon, during the day, we'd have had a much worse situation. The main thing is no one was injured."

The blast damaged several surrounding businesses, including AIA Sweepstakes, Tee To Green Golf Shop and King’s Inn Pizza Parlor. The damage for most of those businesses included busted and broken windows.

The explosion also rocked homes blocks away from the restaurant.

When arriving on the scene, crews found scattered debris all along the road.

Here's another view of the surveillance video from inside Eden Drug store. You can see the inside of the store rocked by the KFC explosion.

Luckily, no one was injured or killed in the blast.

Here's a slow mode view of the explosion as it happened. 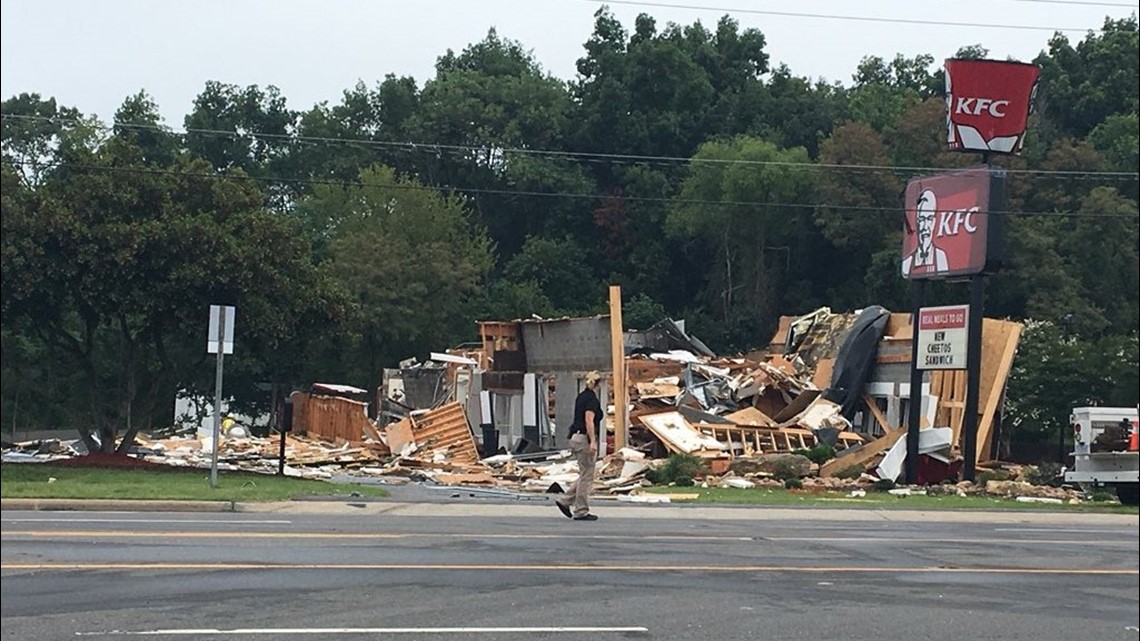