Sundance Square is the main shopping and dining district in downtown Fort Worth but has struggled to recover. Tenants partly blame a management change. 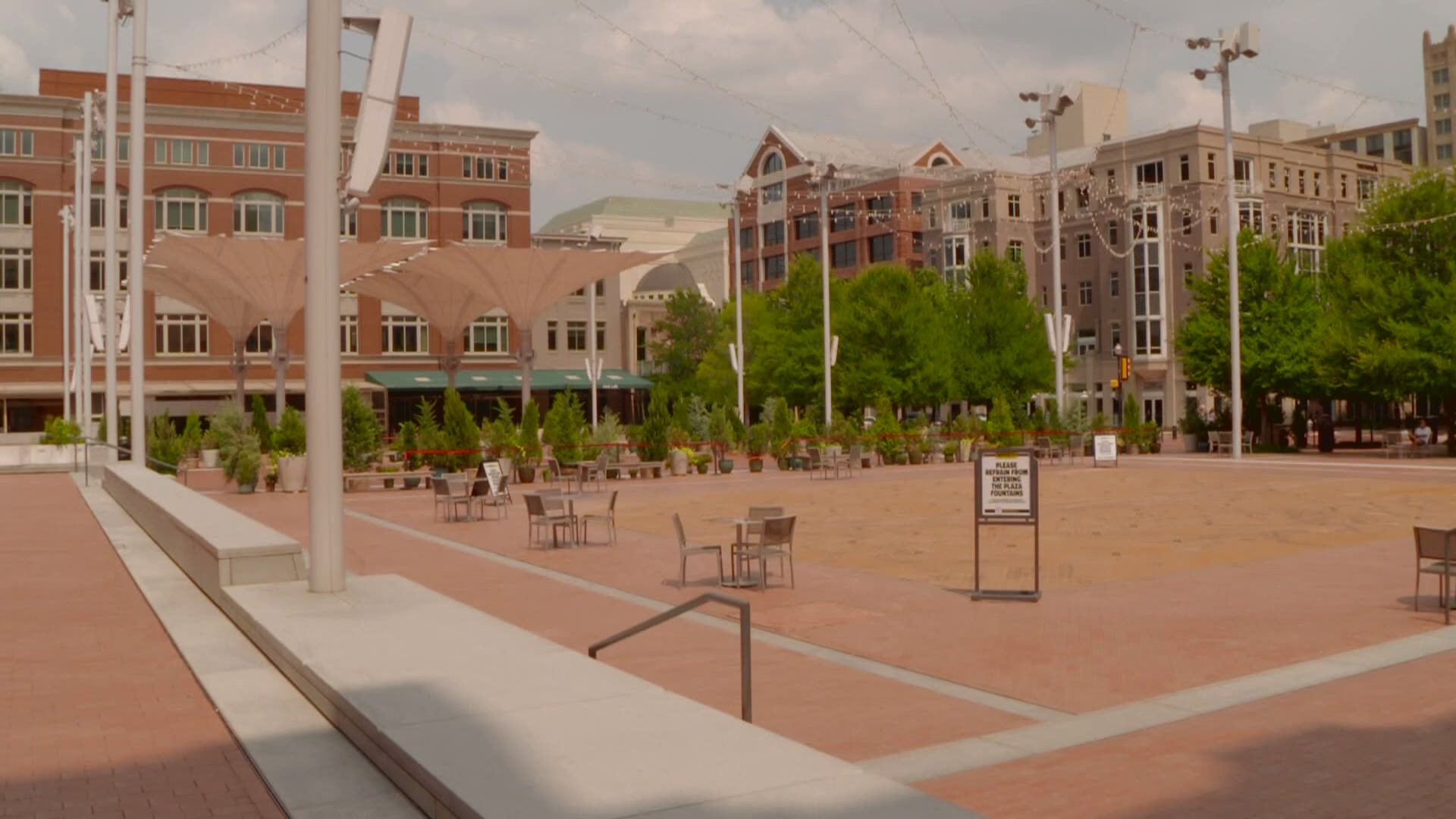 FORT WORTH, Texas — Before the COVID-19 pandemic began, Dr. Marie Holliday had three businesses in Fort Worth’s Sundance Square district, including her dental practice. Now, the nearly 30-year tenant is down to two after her perfume shop went online.

“It definitely doesn’t feel the same,” she said. “I love downtown and I have been very sad about the way things are.”

The heart of entertainment in downtown Fort Worth doesn’t look or sound like it used to. While new tenants like Revolver Taco or Urban Plantology have moved in, old favorites like Bird Cafe have left, and vacancy has gone from 10% to 30%, according to the Fort Worth Star-Telegram.

“It was not just because of the pandemic that they did not survive,” Holliday said.

At beginning of 2020, just months before the virus led to nationwide shutdowns, owners Ed and Sasha Bass changed property management in the district.

“It was a perfect storm,” Holliday said.

Holliday and several other tenants now say they feel unsupported, and one recent, frustrating change is parking.

Reata has been in the district since 2002, and Micallef says the downturn over the past year, which has hammered shopping and entertainment districts across the country, is only one part of the problems facing Sundance Square.

“COVID was definitely an issue, but I think you have to look at the landlords and how they’re supporting the different businesses,” he said.

Sundance Square got rid of its often-used free valet system for one that’s $21/day or $7/hour.

“With the valet that is current with Sundance, it is not affordable for the average person,” Holliday said.

There’s free self-parking in lots and garages a few blocks from the central plaza.

Now, though, the lot closest to the square and Reata advertises $30 a day.

“We continue to get complaints from customers about the valet pricing,” Micallef said. “Also a lot of them, they just don’t want to walk from the parking lots.”

Micallef says many diners don’t want to walk and competing developments like Clearfork offer free parking. He says another major competitor is the University Park Village shopping area which has a large open lot as well.

New development Mule Alley has more tenants filling in units despite having paid parking for around $7-$15/day. Hotel Drover provides valet at a rate of $5/two hours, and parking for its restaurant is complimentary for two-and-a-half hours.

“I think it will negatively affect our business,” Micallef said. “I understand that valet may not be free, but I think if we keep it consistent with our other competitors in downtown, I think that’s a great thing.”

“They’re not going to come as frequently and definitely not stay as long,” Holliday said.  “I’m feeling it and a number of the other merchants are feeling it.”

As many office buildings still haven’t filled back up and conventions haven’t returned, some tenants trying to recover also complain of lack of help and communication.

Holliday says previous management told tenants about upcoming events, reached out regularly for updates on changes and helped promote them.

“I would hope that they would begin to listen and communicate with us better,” she said.

“We haven’t seen a lot of support on the marketing side,” Micallef said.

WFAA talked with a spokesperson for Sundance Square management. They declined to be interviewed for this story. WFAA sent a list of several questions and tenant complaints but did not receive a response.

Sundance Square isn’t dead, but new city developments mean more options for those visiting and living within the city. Filling vacancies is just as important as preventing new ones.

“We’re so used to having a vibrant downtown,” Holliday said. “I think we just need to work together more and collaborate.”