What you are about to possibly save in payroll taxes could come due in 2021. 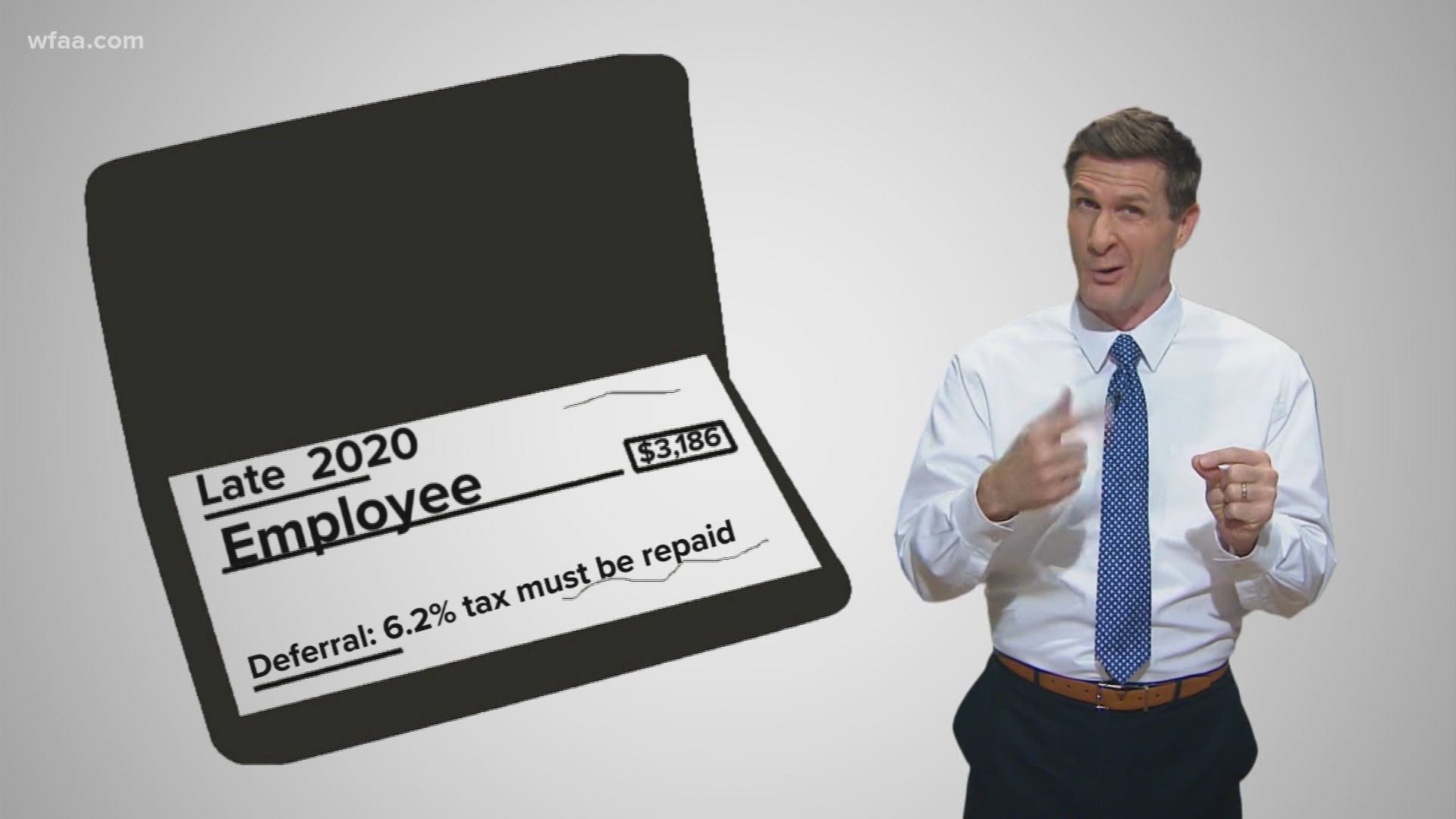 Can you afford to go on holiday? The president signed an executive order for what amounts to a payroll tax holiday. It is up to individual employers as to whether they will continue deducting your portion of the payroll tax from your paycheck.

If you generally make less than $4,000 bi-weekly and your employer participates in the program, from Sept. 1 through Dec. 31, 6.2 percent of the tax deducted from your paycheck for payroll taxes would be deferred. That means your paychecks through the end of the year would go up.

RELATED: Payroll tax deferral takes effect Tuesday: What it means for your paycheck

But IRS guidance makes it clear, all that extra money you get this year would have to be paid back next year. Beginning in January 2021, the payroll tax deduction would resume from your paychecks…and on top of that, the taxes that weren’t deducted from your paycheck in September through December of 2020.

An unpopular new refinance fee is delayed. Is now the time for a mortgage do-over?

The window of opportunity was about to slam shut, but it’s still propped open for now. If you are looking to refinance, there has been a late reprieve. Mortgage backers Fannie Mae and Freddie Mac were planning to start charging a controversial .5 percent fee for every refinance.

RELATED: Hurricane Laura is a direct threat to hundreds of thousands of Texas homes

It has been estimated that the move would have increased the average closing costs by about $1,400. The new fee was set to begin Sept. 1, but the idea got widespread criticism. Now it has been announced they are postponing the fee until December 1st. If you are considering a refi, the clock is ticking. By the way, mortgage rates are still near an all-time low right now.