What are the odds of the Cowboys packing AT&T Stadium or winning the next Super Bowl? Here's a look at the numbers

The Cowboys have had a knack for filling their stadium and their coffers. 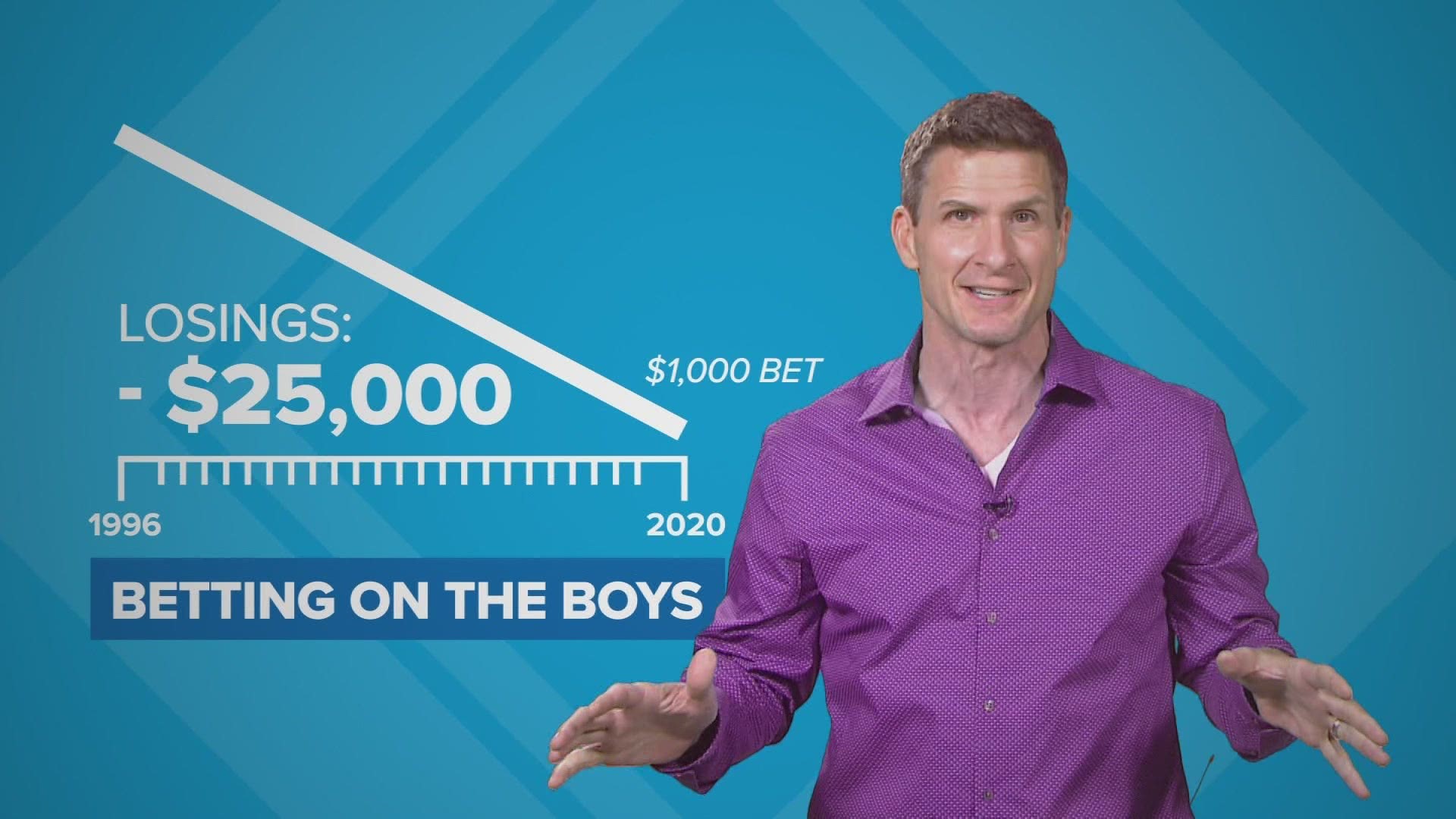 DALLAS — As NFL teams make their draft picks, fans have a chance to make their picks for the upcoming season.

Interested in a financial Hail Mary, where you could turn $1,000 into about $28,330? Recently, in sports betting markets, the Cowboys weren’t the worst team by far. But the odds (averaging +2733) were so long for them to win next year’s Super Bowl, that would be the payout if they did go all the way and you had placed a pre-season $1,000 bet on the ‘Boys.

But before you make that kind of wager, you should know you would have thrown away almost that much money ($25,000) if you had made that same $1,000 bet every year since the Cowboys won their last Super Bowl, way back in January of 1996.

Also, before you place a wager, beware that sports betting has been broadly legalized in other states but not in Texas. There is a bill in the current Texas legislature to allow it, though.

The NFL is betting that it can get back to full attendance again if we get a better handle on COVID-19.

Last year, the Cowboys allowed bigger crowds than most NFL clubs. A new study submitted to The Lancet medical journal for peer review found that in the weeks after those decently attended Cowboys games, coronavirus cases and infection rates nearby spiked twice as much as they did where teams played in emptier stadiums.

But researchers stopped short of saying the Cowboys games were the definitive cause of the spikes in the transmission of the virus.

Surely, Jerry Jones must be itching to pack AT&T Stadium again, because, as Forbes reports, 2018 the Cowboys banked $621 million in stadium revenue almost double what the next closest team took in.