Even after President Trump's executive order, unemployment agencies across America are left in a conundrum. 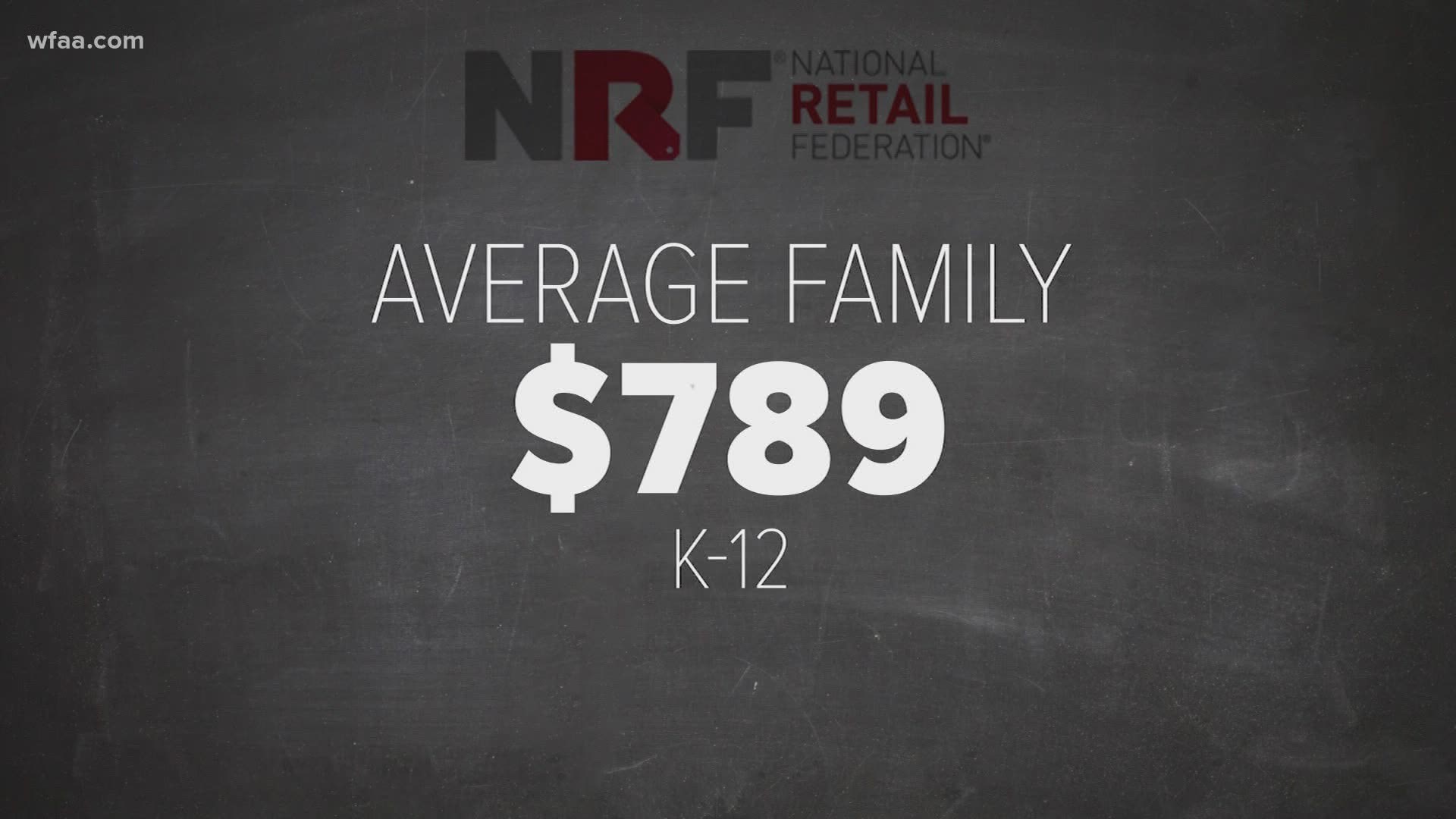 DALLAS — Officials at the Texas Workforce Commission are now waiting for guidance from the U.S. Department of Labor following President Trump’s weekend executive order that aims to extend enhanced unemployment benefits. The president signed the order after talks between administration representatives and Congressional Democrats reached an impasse last week.

Even with the order signed, unemployment agencies all across the country are left in a conundrum: Do they go through the laborious process of updating their antiquated systems to reflect the president's order, or do should they wait to see whether Congress will pass a more sweeping relief package? In recent days, the Capitol has been abuzz with speculation that Republicans and Democrats may resume talks.

If the president’s order goes into effect, it would significantly scale back the $600 per week federal unemployment payments provided for in the CARES Act, which was approved by Congress in March.

Many unemployed Texans were eligible for those additional payments from the first week of April through the week ending July 25th. The White House provided this memorandum about the executive order.

There is a key section to consider:

(c) In exercising this authority, the Secretary, acting through the FEMA

Administrator, shall, subject to the limitations above, approve a lost wages

assistance program that authorizes the Governor to provide a $400

payment per week, which shall reflect a $300 Federal contribution, to

eligible claimants from the week of unemployment ending August 1, 2020.

(d) For purposes of this memorandum, the term “Eligible claimants” means

(i) receive, for the week lost wages assistance is sought, at least $100 per

week of any of the following benefits:

for Federal Employees (UCFE) and Unemployment Compensation for

What counts as the state's $100 contribution?

The wording clearly says that the president’s new order for a $400 payment includes only “a $300 Federal contribution." As many people learned over the weekend, states would have to chip in the other $100. But, importantly, this portion of the order says the “$100 per week” paid by the state can simply be the “unemployment benefits” the state might have been paying someone anyway.

That is an important distinction. We have asked the U.S. Department of Labor to confirm this reading, and they have yet to reply. That wording is part of the reason why TWC and other unemployment offices around the nation would want corroboration and guidance from the federal government. It would make a big difference in benefits.

RELATED: States may not have money to carry out Trump's unemployment aid order

Currently, there are 1,828,255 Texans receiving unemployment checks. The maximum someone can get from the state is $521 per week. But right now, the average state benefit is $349 per week. If you were approved for that average amount of $349 per week, you would have received $1,396 per month in state benefits and $2,400 in federal benefits when the CARES Act $600 weekly benefits were still in effect.

Some could lose federal benefits entirely

Using the same premise, the change could be especially stark for those approved for less than $100 per week in state benefits. TWC did not immediately have a count for how many people currently on unemployment fall into this category. The minimum state unemployment benefit in Texas is $69 per week. Unless there is some workaround applied, anyone who is getting $69 per week all the way up to those getting $99 per week could now be left out of enhanced benefits. Keeping with the scenario above, someone who received $69 per week in state benefits when the CARES enhancement was in effect would have also gotten $600 in federal benefits, for a total weekly payout of $669. Interpreting the president’s order plainly, that same person would now get just $69 per week.

RELATED: In just over 4 months, 6 YEARS worth of jobless claims have been filed in Texas, state says

This could also affect many Texans who have returned to work but have had their hours cut. Any wages they earn diminish how much unemployment they are eligible to receive in any given week. But when the CARES enhanced unemployment was still in effect, if they qualified even for $1 in state benefits, they received the additional $600 in federal benefits. Now, if their earnings cause them to fall below $100 in state benefits, they will receive no federal benefits.

Again, these examples illustrate why state officials are waiting for guidance from the Department of Labor, so they can know with certainty whether that reading is correct, or if there is an alternate way to interpret the order.

Any unemployment changes will take time as many Americans grow desperate

Another reason they are waiting for guidance is that, like many state unemployment offices, TWC is working with outdated computer systems that are already taxed by unprecedented claims and payouts during the pandemic. Loading new sets of rules into that complex process takes a lot of time. The fact that there are rumblings that congressional leaders might resume talks on a more comprehensive plan that would provide extended enhanced unemployment benefits is enough to make state leaders wait for clarity on which set of rules they should start formulating and loading into their systems.

Even if the federal government had decided to replace the CARES unemployment enhancement of $600 per week to $500 per week and they made no additional changes, it would have taken some time—maybe days--to load the rules into that antiquated computer system.

With the complexities outlined above, officials say they do not yet even have a timeline for how long it might take to implement the executive order. In the meantime, most Texans receiving benefits have already received the last of the CARES enhanced $600 payments.

Before the president’s order, Democrats had been pushing for the payments they approved when they voted for the HEROES Act in May. That would have extended the extra weekly $600 federal unemployment payments through January 2021. But the Senate never took up that legislation, as Republicans balked at a benefit that paid many out-of-work Americans more in unemployment than they were making in the jobs they lost.

As state unemployment offices wait to see how this plays out in Washington, D.C., many Texans are waiting as well. Most Texans receiving benefits have already received the last of the CARES enhanced $600 payments. In a recent survey, large percentages of people said they would not be able to survive financially for one month without the enhanced benefits. Women and Hispanics were more likely than others to be in that especially desperate situation.

Back to school spending

For many, back to school means back online and eventually back to the classroom. For many parents, that combined model is making back to school shopping more expensive this year. The National Retail Federation reports that for the first time ever back to school and back to college sales will top a combined $100 billion. They estimate the average family will put down $789 to get their K-12 kids ready.

The largest teacher’s union in Texas says the state might have to spend more, too. The Texas State Teachers Association does not think enough supplies have been set aside to make in-person learning safe.

We get into that and talk to the superintendent of Keene ISD, which is already back to in-classroom learning, in this week's episode of Y'all-itics. He says districts all across the state have been asking about how returning to school has gone. He shares some of the early observations the district has made since returning to class. You can click here to listen to this new episode of our Y’all-itics Texas political podcast, or you can find it wherever you usually get your podcasts.