Some Texans falling into 'income trap,' may not qualify for unemployment benefits 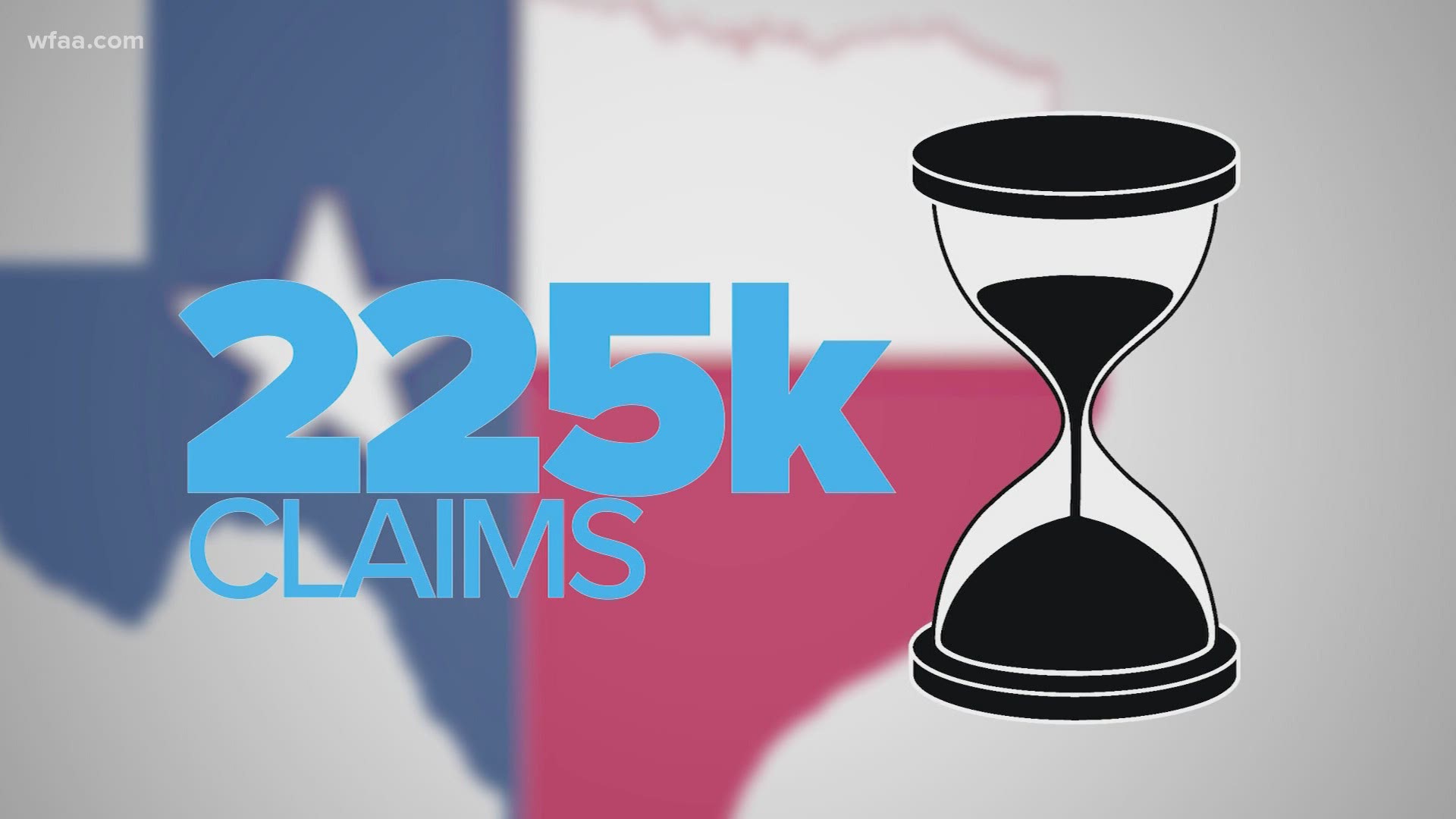 Since the pandemic began, almost 3.2 million Texas have applied for unemployment. More than 2.37 million of them have gotten paid, but the state is still verifying the claims of 224,151 people. That can be an excruciating wait, but the Texas Workforce Commission says staffers are working to verify as many of those claims as quickly as possible.

New unemployment claimants will likely miss out on any federal benefits

According to TWC data, 76,109 more Texans applied for unemployment last week. Unlike the people who filed for benefits over the last several months, most of these latest applicants will likely not get any additional federal money, since that extra $600 per week is no longer available.

The supplemental $600 federal benefit expired July 25th in Texas without a replacement, meaning that the 1.8 million Texans still receiving unemployment will get the last of the federal benefit when they make their current payment requests. In our previous Right on the Money report, we explained the different plans Congress is still debating as leaders attempt to formulate a possible extension of federal unemployment benefits. So far, there is no concrete deal.

The income trap keeping some 'underemployed' people from getting unemployment benefits

Many people are unable to get unemployment because they have returned to work, and they are making too much to receive help, even though their wages or hours have been cut. A U.S. Chamber of Commerce survey just found that 29% of small businesses have adjusted employee hours or salaries.

Another reminder to employers: If you are thinking of cutting workers’ hours, you can do it through the TWC’s Shared Work program and the state will help pay your employees’ lost wages. Click here to learn more about the TWC Shared Work program.

We are about three months away from a big election. Both major parties have been raising substantial amounts of money for their campaigns for seats in the state legislature. But when we look at Congressional races in Texas, we are seeing a new animal: The donkey is fatter than the elephant when you look at how much money the parties have banked.

RELATED: Will an influx of green turn Texas blue in November?

It does not usually play out this way in what has long been a reliably red state. How did Texas Congressional Democrats put more in their campaign bank account than Republicans? And what will that mean for voters in Texas? Click to listen to the latest episode of our Y’all-itics Texas political podcast.