No more money from the feds: After 6 weeks of $300 payments, Texans lose federal unemployment benefit

The abrupt end of temporary federal benefit caught some recipients off guard. Those getting unemployment will only get state benefits now. 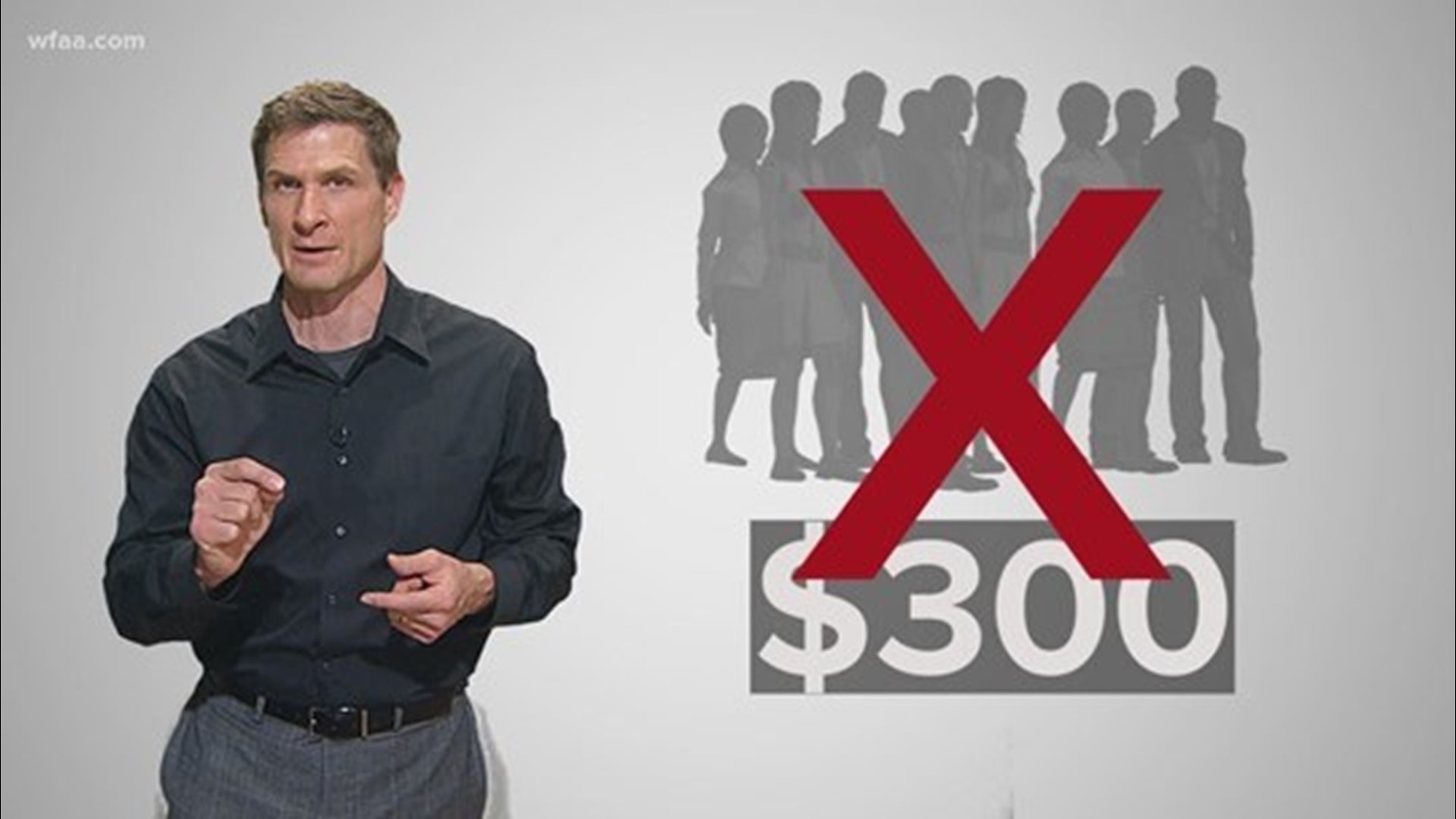 The extra $300 in federal unemployment benefits Texans were getting are now gone. The Lost Wages Assistance (LWA) was provided for under an executive order.

But after receiving six weeks of funding for the program, the Texas Workforce Commission says the Trump Administration notified Texas there will be no more money sent. All along, the benefit was labeled as temporary, and no one knew for sure how long it will last.

More Right on the Money

RELATED: Why some Texans working remotely during pandemic might have to pay state income taxes

Congressional efforts to agree on a replacement federal jobless benefit appear to be stalled at the moment. In the House, Democrats have already passed an extension of the $600 weekly benefit that was being paid in the beginning of the pandemic but expired in Texas on July 25th. The House bill that was approved would continue that benefit through January 2021.

But Republicans have balked at the amount and length of that potential benefit, concerned that it pays too many benefit recipients more than they were making while working, and therefore creates a disincentive to looking for another job.

RELATED: The CDC bans many evictions, but many more renters may still be getting forced out by 'informal' or illegal evictions

The loss of the additional $300 per week in federal unemployment comes at a particularly bad time for many Texans. The latest weekly tally of unemployment claims just surged by 17% from 56,673 claims to 66,330 new claims in the week ending September 5th.

We have been saluting our healthcare heroes in this pandemic. So, it’s stunning to see new data showing that 18.38% of healthcare workers in Texas don’t have health insurance.

Texas in general has the highest number of uninsured people in the country. This new report compiled by Value Penguin (by Lending Tree) shows that the people providing vital medical care to us are not immune from that trend. The percentage of uninsured healthcare workers in Texas is also the worst in the country.

On a lighter note, as the COVID-altered NFL season gets underway, 33.2 million Americans say they’ll bet on football games this year, according to a new survey from the American Gaming Association. Early on, it looks like the favorite among bettors is the Kansas City Chiefs. Thirteen percent of those asked expect to place a wager that the Chiefs will be champs this season. But the second-most respondents (9%) plan to put their money on the Cowboys to win it all.