Right on the Money: How to get up to 13 more weeks of benefits from the Texas Workforce Commission

Starting Monday, the TWC began sending out emails with instructions on how to get the extra 13 weeks of unemployment that is part of the pandemic response. 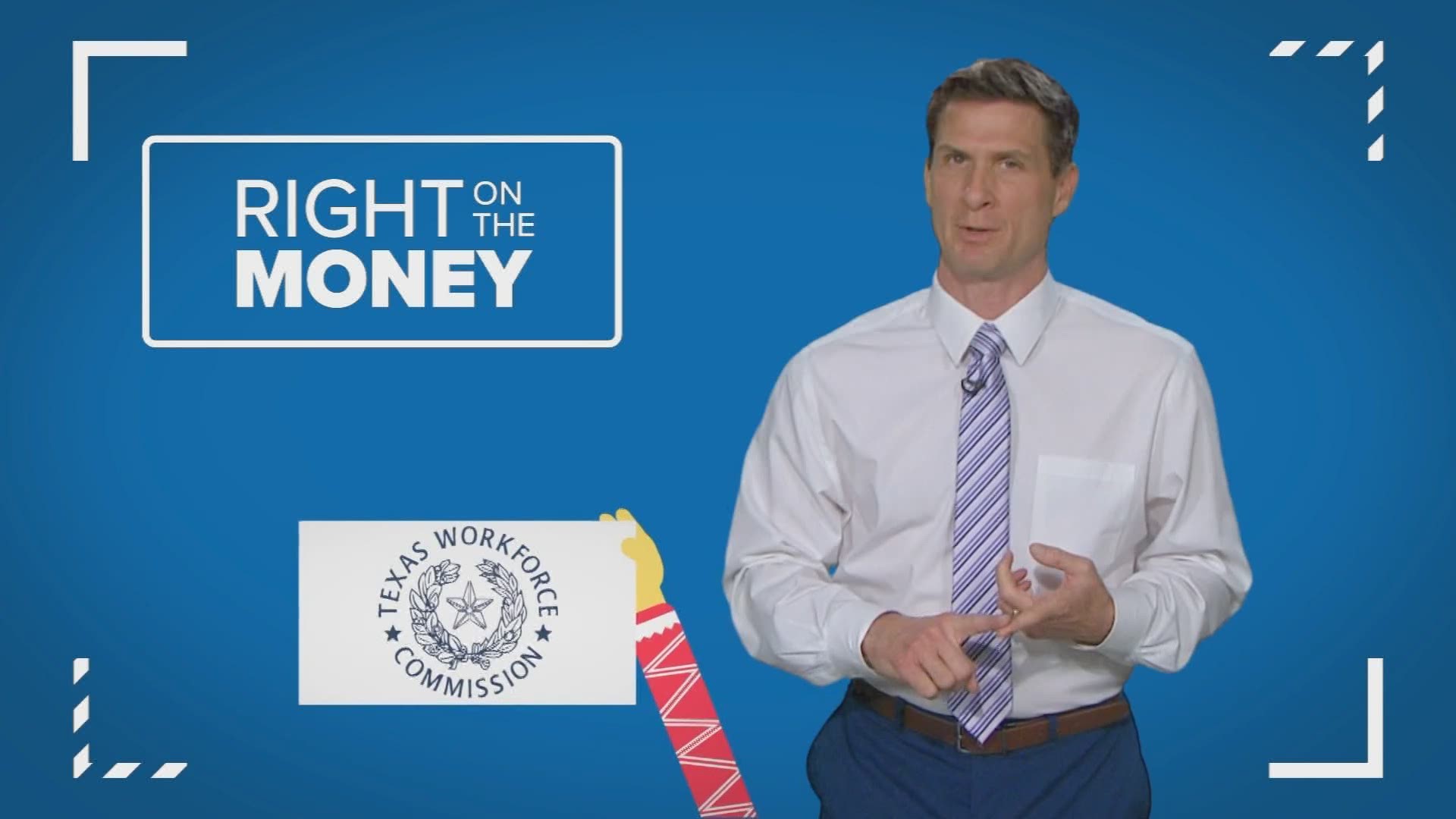 If you have exhausted your unemployment benefits — or if you're about to —hopefully, you've got mail.

Starting Monday, the Texas Workforce Commission began sending out emails with instructions on how to get the extra 13 weeks of unemployment that is part of the pandemic response.

If TWC corresponds with you by regular mail, they said they will start sending out letters on May 9th with those same instructions. Again, those are only the dates TWC is starting to send out correspondence. The agency doesn’t know how long it will take for everyone who is eligible for the extended benefits to get their notifications.

Here is a message with very specific information from TWC about these benefits:

"The Texas Workforce Commission (TWC) advises that no action is needed by those claimants who may have recently exhausted, or will soon exhaust, their Unemployment Insurance (UI). TWC will determine if you qualify for additional benefits under any of the pandemic unemployment programs and notify you by mail or electronic correspondence. We encourage you to make sure your address and email are up to date with TWC so that we can reach you.

In order to be eligible for up to thirteen weeks of extended benefits, also known as Pandemic Emergency Unemployment Compensation (PEUC), applicants must meet the following:

If you meet the above criteria, TWC will notify you by mail or electronic correspondence.

Please do not attempt to apply for benefits again. This could produce a system error. This will not affect your ability to get PEUC, but it could delay processing."

This is important information for everyone wanting to know if the extra weeks of benefits will include the extra $600 per week in federal benefits.

And for anyone wondering what took so long, Serna offered this perspective:

“I know this doesn’t sound like a consolation to the people waiting for benefits or concerned about their benefits expiring, but I am very proud to say that Texas is one of only a small handful of states actually paying out benefits to people who are self-employed or contract employees...paying the $600 [in federal benefits]. And we are trying to be one of the first states paying the 13 weeks, also.”

In other TWC news, the agency has created a relatively new economic misery map of Texas. Using the agency’s claims data, it shows by county — down to the zip code — where the job losses in Texas are mounting the most.

Speaking of losses, Texas has a growing budget hole. New figures from the Texas Comptroller's office show the losses compared to April 2019 in some of the biggest tax categories:

Only looking at those seven revenue streams, there was a drop-off of more than $763 Million in just the month of April, when compared to April 2019. The state had counted on that money to pay for programs, so legislators will have their work cut out for them when they re-work the budget.