Congress is running out of runway to approve relief to airlines in time to avert job losses. The impact in North Texas could be substantial.

North Texas has a huge aviation industry footprint. Airlines want more aid. Without that aid, they - and North Texas - could suffer. 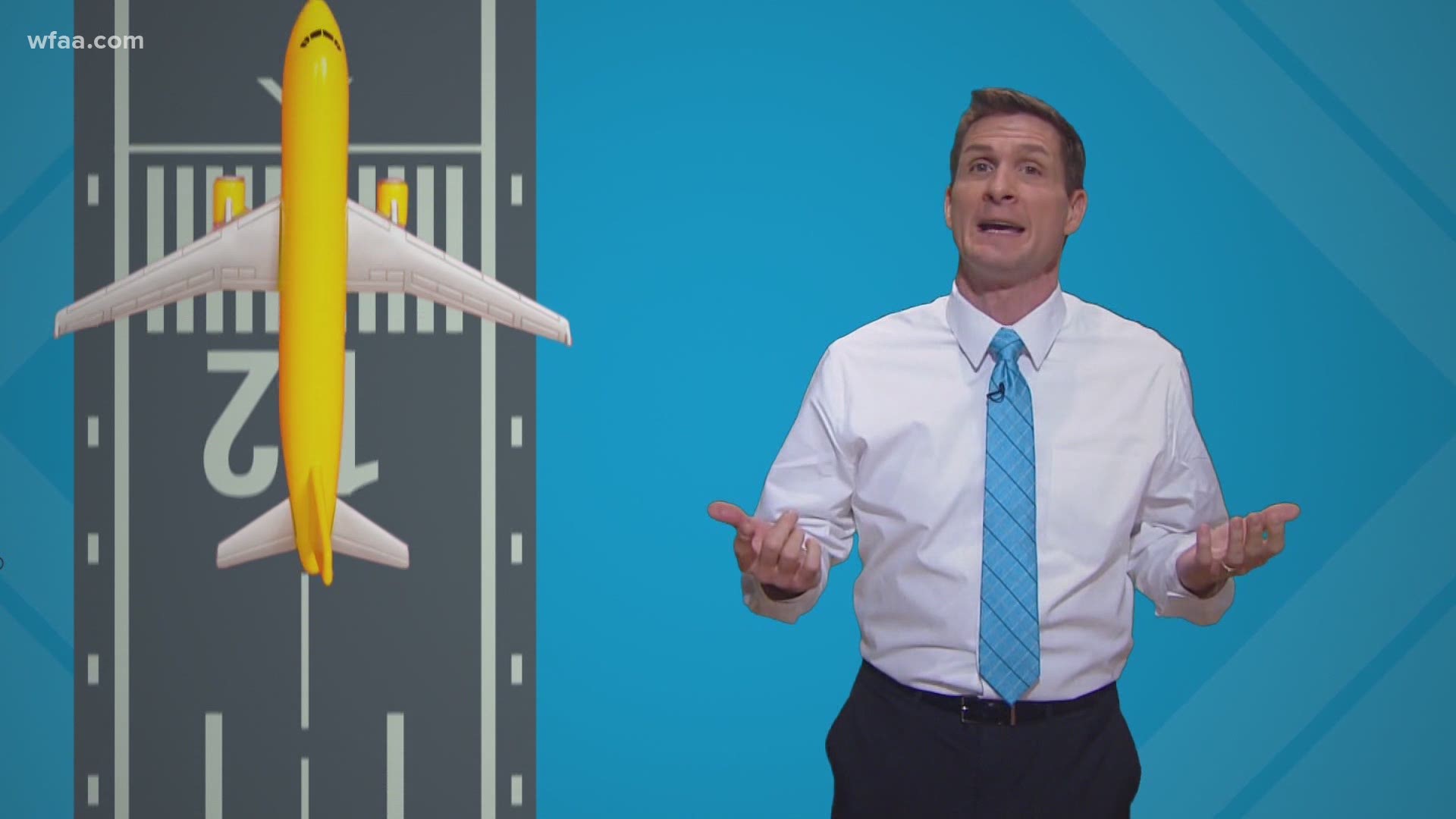 DALLAS — Oversized pandemic parking lots: Airlines for America reports 30% of commercial jets were still grounded recently as demand for air travel has fallen off sharply in the COVID-19 era.

They also report that last week, the average flight had just 66 passengers. And future bookings are struggling badly too. See their full report here.

Early in the pandemic, after the economy initially crashed, the airline industry got billions to keep workers on the payroll. But that cash for job stability deal ends this week. Will Congress have enough runway to get a new airline bailout package off the ground in time to prevent several carriers from executing mass furloughs and layoffs?

Without billions more in aid, Fort Worth-based American Airlines has already announced it’ll have to cut another 19,000 jobs in October.

Dallas-based Southwest Airlines isn’t planning furloughs, but almost 17,000 staffers there have already taken a buyout or extended leave. It is important, though, to remember that the economic pressures, and their resulting consequences, aren’t just limited to these large companies.

Airlines for America, which advocates on behalf of several member airlines, offers this statistic: For every 100 airline jobs, about 300 jobs are supported outside the airline industry. If you use that formula, allowing for the 43,000 or so employees American and Southwest had in the D-FW Metroplex pre-pandemic, that would mean at least 129,000 other jobs are supported by the airlines’ combined workforce here.

Taking a broader view, the organization estimates that aviation supports more than 629,125 jobs in Texas and makes up 3.9% of all jobs in the state.

What happens to airlines and their employees can be felt widely across Texas. October will be crucial for them and for the state.