Is your resume ready? Are you interview-ready? And get ready to negotiate, because the first salary offer usually isn't the best

Career coach Robin Ryan has pointers for every step of the hiring process. 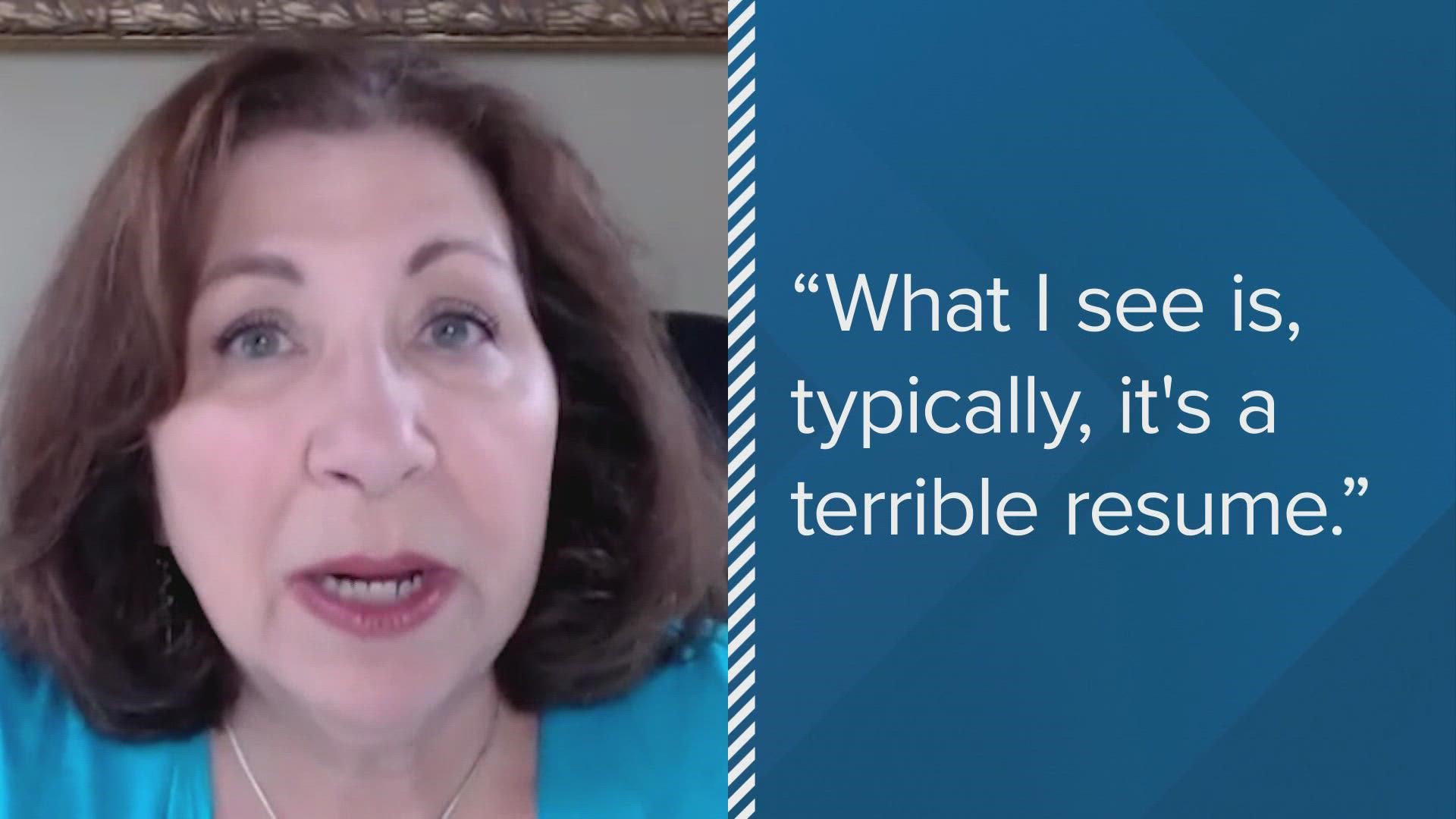 DALLAS — It is a job hunter’s market right now. But even though employers want you, getting the gig and the pay you have your sights set on is still a job in itself. Even with millions of positions available, some applicants aren’t getting them. "What I see is, typically, it’s a terrible resume," says renowned career coach Robin Ryan.

She has seen plenty of those unpolished resumes, as she has helped thousands of people over the years to land jobs. Ryan has a whole section on her website dedicated to crafting effective resumes. There are also other places where you can pick up some great resume writing tips. Click here and here for some good suggestions. However you do it, make sure you update yours before you apply for jobs.

RELATED: It's an odd labor market. 'America's top career coach' has advice on how to quit, get hired, move up and negotiate right now

Preparing for the interview

Let’s say your resume gets eyeballs, and that leads to an employment interview. If the interview is virtual on a site like Zoom, Ryan cautions: “I do interview coaching on Zoom and it’s amazing to me how bad they are."

You should dress professionally, just like you would if you were to go to an in-person interview.

Also make sure your background looks professional—no unmade beds or messy rooms behind you. And Ryan says don’t fidget on camera, and no matter how awkward it feels, keep looking at the camera—consider that the employer’s eyes!

Whether it’s an in-person interview or a virtual one, Ryan says you need to be ready to answer questions…and specifically, "have work examples. So many employers are asking behavioral questions where you have to give an example and you want to be prepared with some good ones.”

She says anticipating questions and practicing some answers ahead of time can really help you, but some people don’t do that vital bit of homework. And Ryan says the questions should go both ways. You need to ask stuff too, like:

“'What do you think are the three things you would like to see accomplished in the first six months for whoever takes on this job?' That gives you really good insight into the type of the work they want you to do and whether you even think it’s realistic," Ryan says.

Negotiating salary if they hire you

Now let’s assume they want to hire you. Beware! Ryan has written extensively about this part of the process. She says the first salary offer is usually not the employer’s best offer. Still, a lot of people jump at it.

“And the sad part is women almost always take the first offer. That’s one of the reasons women still make 23% less than men.”

A survey a couple of years ago found that the majority of men try to negotiate salary, but most women don’t.

Remember this: a survey of employers this year found nearly 90% of them are flexible about negotiating pay with you. Ryan says to ask for more money.

"You really want to know what am I worth? How do I get it? Prepare the conversation because those couple of minutes can add a lot of money to your paycheck."

Ryan says a good place to start is at payscale.com, where you can find what similar positions are paying in your area for someone who has a similar level of experience. But she strongly advises: “Never bluff…because they may say we can’t offer you more, and then you are backpedaling and saying, 'OK, I will take it."