A survey found that women who are doctors in those two Texas cities make an average of 31% less than male doctors. 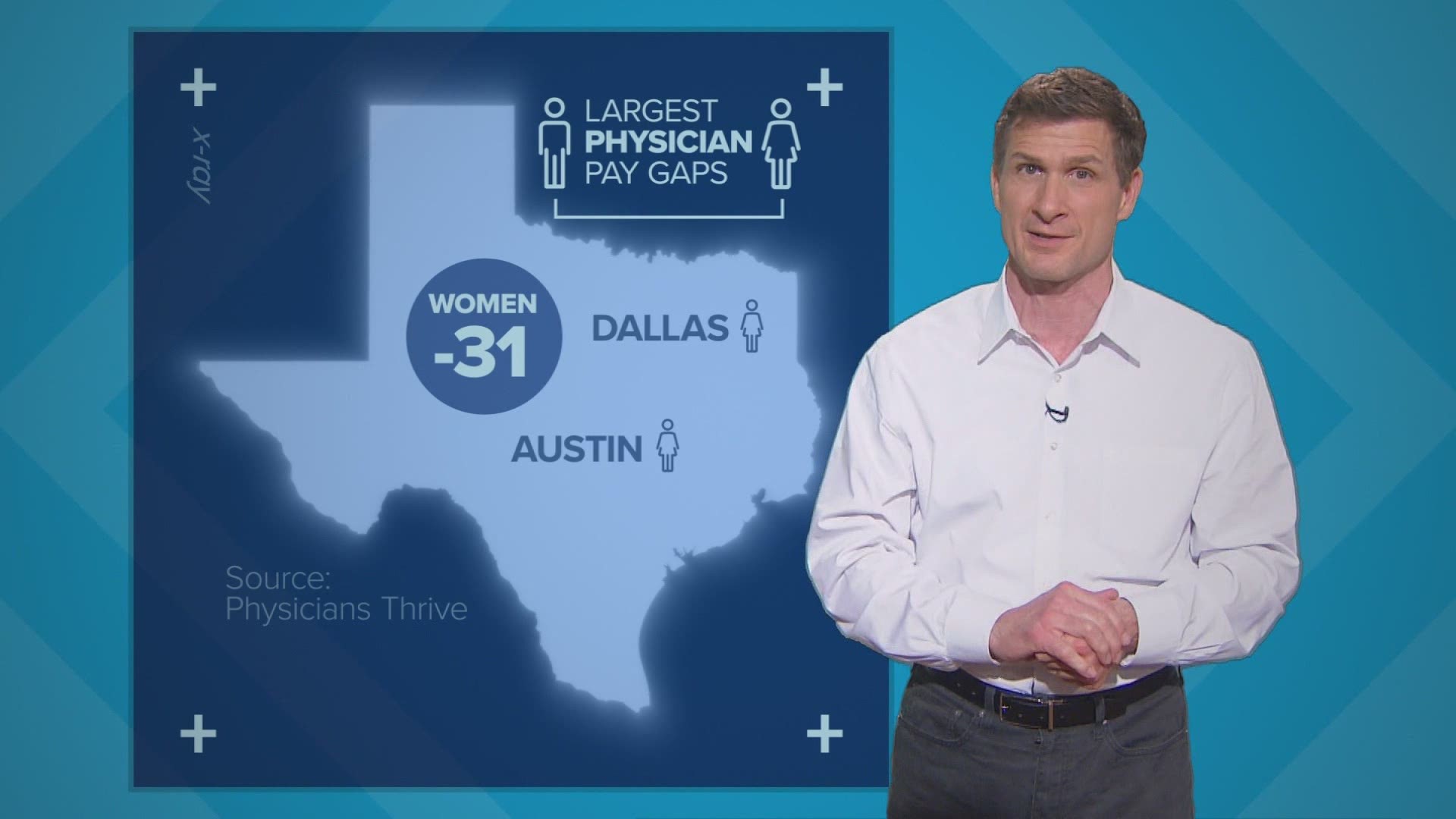 DALLAS — A new check-up on physician salaries finds that Dallas and Austin have the third largest gap in the country between what male and female doctors earn.

And this was not comparing data points from a long time ago. This was the Physicians Thrive 2020 Compensation Report.

For the seventh straight year, more than 500,000 out-of-staters moved to Texas. That is according to the Texas Realtors Relocation Report for 2019 (these statistics are always delayed by a year).

Looking at data from the U.S. Census Bureau and from U-Haul they determined that Texas had the second biggest inflow of relocators, with an estimated 537,000 to 582,000 people moving to the Lone Star State. But the report that we also had the second biggest outflow--somewhere between 435,000 and 471,000 Texans moving away.

By the way, California sends us the most transplants. And California is the top destination for people exiting Texas.

We recently reported on the fierce bidding battles for homebuyers in Texas. Redfin is backing up what realtors have been telling us.

The real estate site found that in December, 23.4% of its home offers in the Dallas area got pulled into a bidding war. By January, that number shot up to 30.9%.

Even that seems low. Those navigating the housing market here report it has gotten crazy competitive.