North Texas home to many Fortune 1000 companies, but Black people are not represented in the CEO suite

The dearth of Black leaders at the top of large DFW-based companies is glaring, but not unusual compared to the rest of the country. 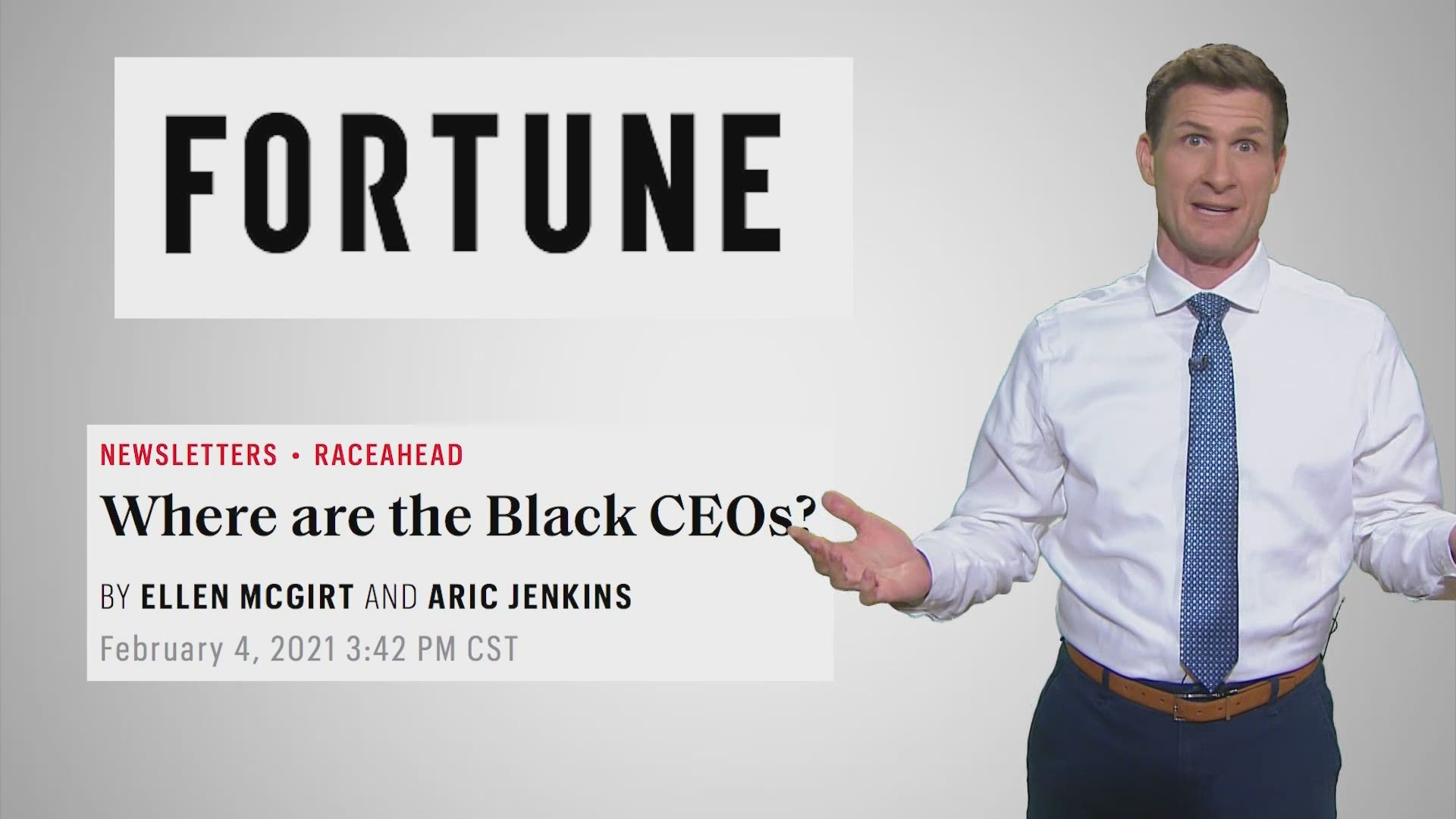 Fortune asked a good question the other day: Where are the Black CEOs? They’re not in North Texas, at least if you look at the top bosses at larger companies. In 2020, the Dallas Chamber published a list of 43 Fortune 1000 companies that are headquartered here.

None of them are headed by a Black CEO. North Texas isn’t unusual in that sense, though. After a pending departure coming this summer, Fortune reports that out of the 500 biggest companies in this country, there will be only three Black CEOs.

Let’s talk about the workers who aren’t at the top, specifically those who rely on tips to pay their bills. Many of those service industry jobs have been hit hard during the pandemic. But even that struggle isn’t equitable.

A survey done by One Fair Wage, a group that advocates for a minimum wage for service employees, finds that nearly 90% of Black workers reported that their tips have dropped off by 50% or more, compared to 78% of all respondents who have seen their tips fall that steeply.

On a more positive note, WalletHub recently looked at racial equality when it comes to money. For their analysis, they considered income, poverty rate homelessness, unemployment, and homeownership.

Texas ranked 5th best in the country for racial economic equality. That’s not to say that there isn’t inequality here (just refer to the dearth of Black CEOs), instead it just finds that the inequality is worse elsewhere.