Many Texas homes threatened by Hurricane Laura's surge, which could do tens of billions of dollars in damage. 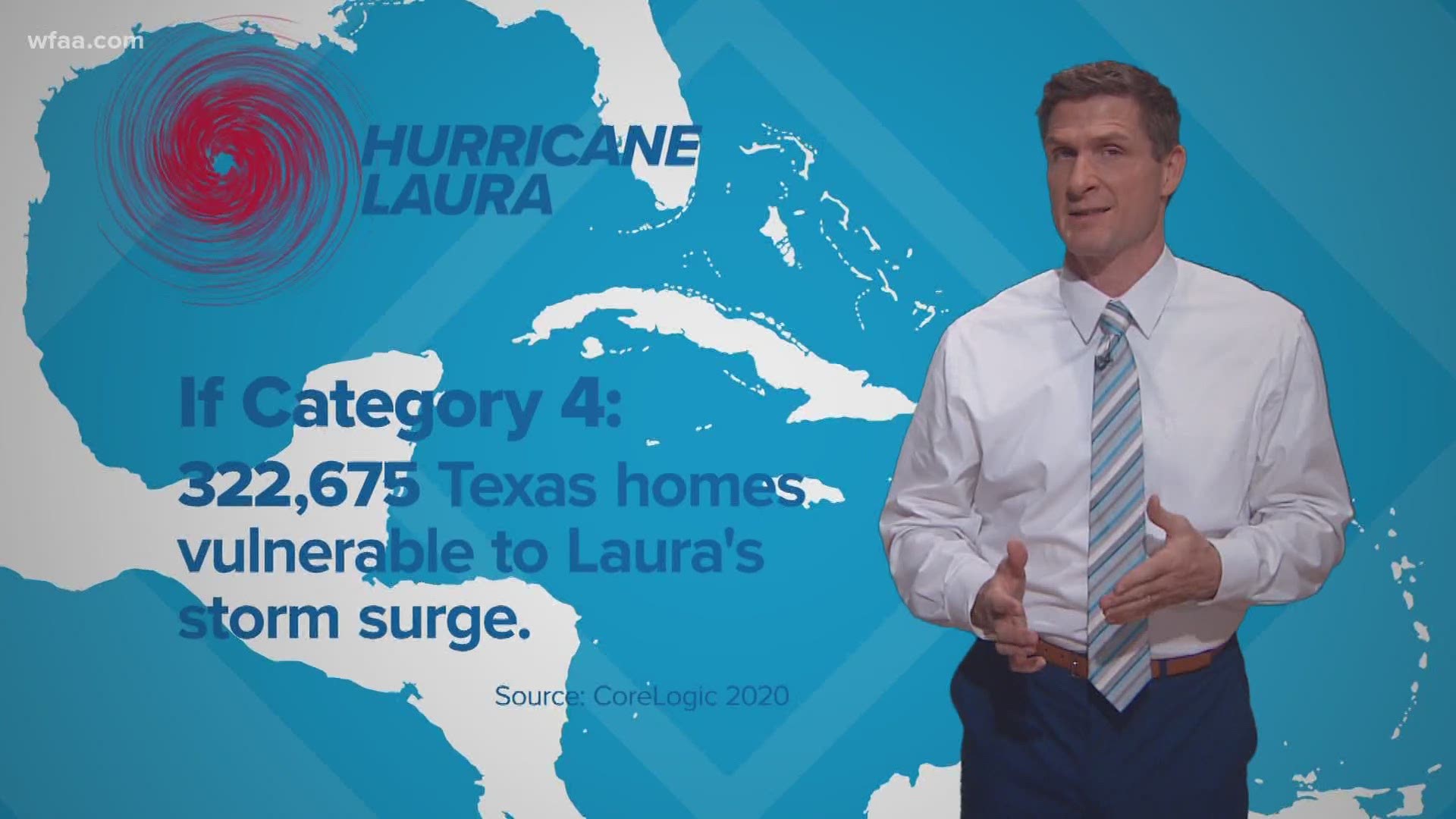 If the storm reaches Category 4 strength, experts estimate storm surge alone could affect 322,675 homes and the cost of reconstruction for that damage could total $66.25 billion.

Compare that to Katrina, which holds the record for costliest hurricane ever at $161 billion, according to NOAA.

Any time we see major property damage in the state, it has an effect on property insurance costs.

Even before Hurricane Laura, a survey at the end of June found that Texas already had the third highest property insurance costs in the country.

Fort Worth-based American Airlines has lost almost $5 billion since the pandemic began, and now plans to cut 40,000 jobs by October. Around 19,000 of those positions will be from ‘involuntary’ eliminations.

The carrier expects demand for air travel to remain sluggish through at least the end of the year. By then, American expects to still be flying less than 50% of its normal schedule.

The company said many of the expected job cuts could be avoided if the federal government provides additional airline assistance.

Democrats have passed a relief package in the House, but the Senate hasn’t taken it up because Republicans say it’s too costly. So no deal yet.

ExxonMobil sputters to the end of a long road

Stunning news about ExxonMobil, which is headquartered in Irving.

The oil and gas giant was de-listed Tuesday from the Dow Jones industrial average, replaced by software company Salesforce.

The index management says the change was made to include “businesses that better reflect the American economy” as it shifts away from energy and toward tech.

The pandemic put a tremendous damper on home sales, which usually spike dramatically in the spring heading into the summer.

It looks like real estate sales are starting to play catch-up. Sales of new homes soared 13.9% in July and existing home sales skyrocketed by 24.7% in July.

Many young DFW students may be learning at home alone

It's a big concern for a lot of parents as they start to return to work: Their children are still learning remotely from home, without supervision.

Researchers tabulated how many children in different American cities might have to learn remotely on their own because their sole parent or both parents can’t work from home.

“In the Dallas metro area, 44.4% of households with kids under 14 years old may not have a parent at home to watch them when school starts," the researchers found.

MORE: Right on the Money stories