Are you one of the 'Texas Million'? Experts say homeowners could benefit from refinancing their mortgage, but haven't done it.

WFAA asked how many of those 15 million candidates who could benefit from refinancing are in Texas. The answer: 1,099,000 Texas homeowners 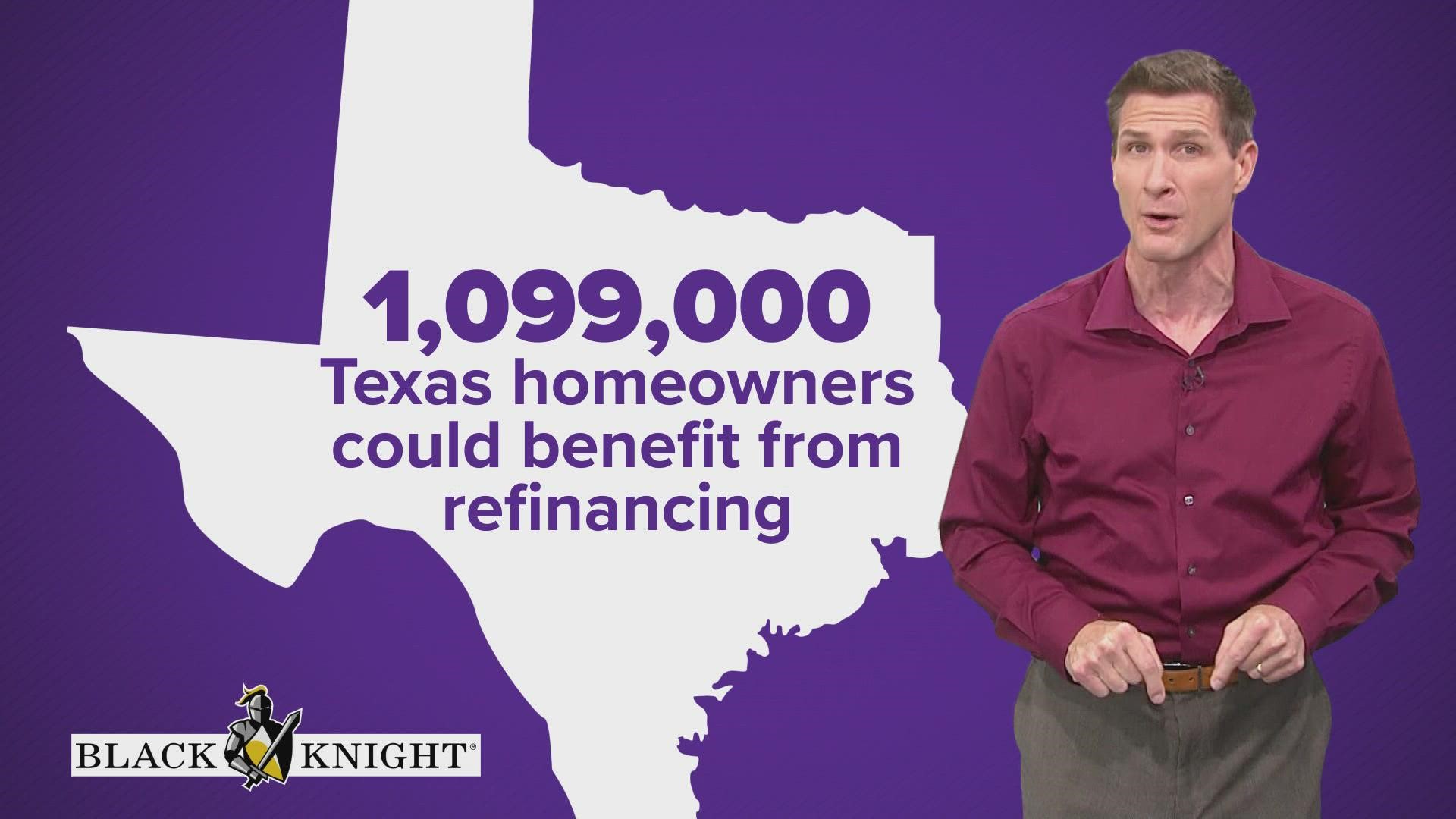 There aren't many basements in Texas. But in comparison, that is where mortgage rates have been -- in the basement -- still near historic lows. Yet, recent data showed 15.1 million homeowners, who could benefit from refinancing, haven’t done it.

That number is calculated by a data firm called Black Knight. The firm does an amazing job of keeping up with this information.

On average, the firm said those refinance candidates could knock $249 off their monthly payments. Black Knight estimates those Texas homeowners could save $273,661,000 per month in principal and interest by refinancing.

The potential monthly savings matches up with data collected by Freddie Mac last year that showed, on average, dwellers in Dallas and Houston are now saving $2,000-$3,000 per year because they refinanced at lower interest rates.

In that same report, there is a bothersome chart. It shows that, by far, higher income homeowners were much more likely than lower income homeowners to have refinanced in 2020 to take advantage of much lower interest rates. This is now known as the “refinancing income gap”.

Bankrate.com just found that almost half of homeowners haven’t even considered a lower interest do-over on their home loan, and more than a quarter have considered it but haven’t done it.

Also, 7% don’t know if they have refinanced or not.

Wait, what? And 38% of mortgagers don’t know their current interest rate.

For most people, a home is the biggest purchase of their life. If you own a home, you should at least be familiar with your financial basics. Otherwise, you may be one of the ‘Texas million’ talked about above, who are missing out on an opportunity to pay off your mortgage faster or cheaper.