Can you guess which public servant in North Texas makes the most money?

The list of highest earning public servants in DFW, and are you financially better off that you were before President Trump was elected? 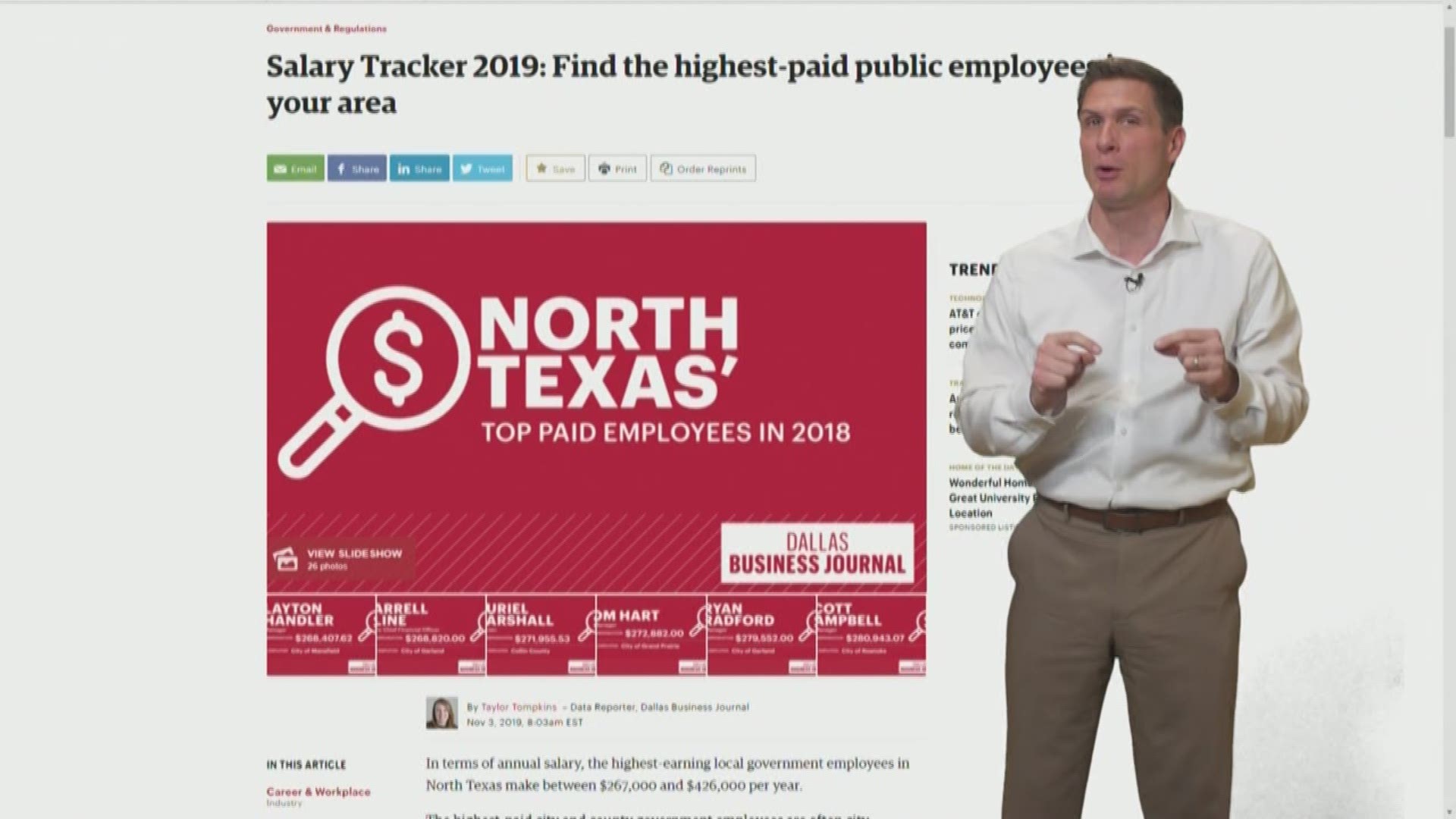 DALLAS — We are already looking ahead to the next Election Day.The 2020 presidential election is less than a year away now.

Some good news for President Donald Trump, who has been touting historically low unemployment and a strong economy: In a new survey by Bankrate, the experts all agreed Americans' financial situations should be better now, and many Americans agree.

The bad news for the president: 46% of Americans reported their financial situation is about the same as when he took office. And 21% say they are financially worse off now.

There's been better days for Uber:

Uber stock has had a bad ride lately after the rideshare reported big losses again in the latest quarter. And the road may be about to get bumpier ahead.

Huge shareholders, including insiders who got the stock right after the company went public, had to agree not to sell it for a period of time. That so-called "lockup period” expires Wednesday. If many of those big holders cash in, supply and demand could cause the stock could plummet even further. More here.

We keep a close eye on what happens with Uber now that the company is creating a huge hub in Dallas and will move in 2022, creating 3,000 "high paying" jobs here.

Even if the company is struggling at that time, it is still required to create a lot of those high paying jobs as a condition of receiving tax incentives from state and local governments.

You might want to encourage your children to aspire to be city managers when they grow up. The Dallas Business Journal is out with the slideshow of the highest paid public employees in North Texas.

The majority making the big bucks are city managers. The Dallas city manager is second on the list. The chief medical examiner in Dallas County is the highest paid public servant in North Texas according to the slideshow, the DBJ listing the salary of Jeffrey Barnard, Dir-Institute of Forensic Sciences, at $425,600.46.